Thai tycoon gets additional year in prison in poaching case 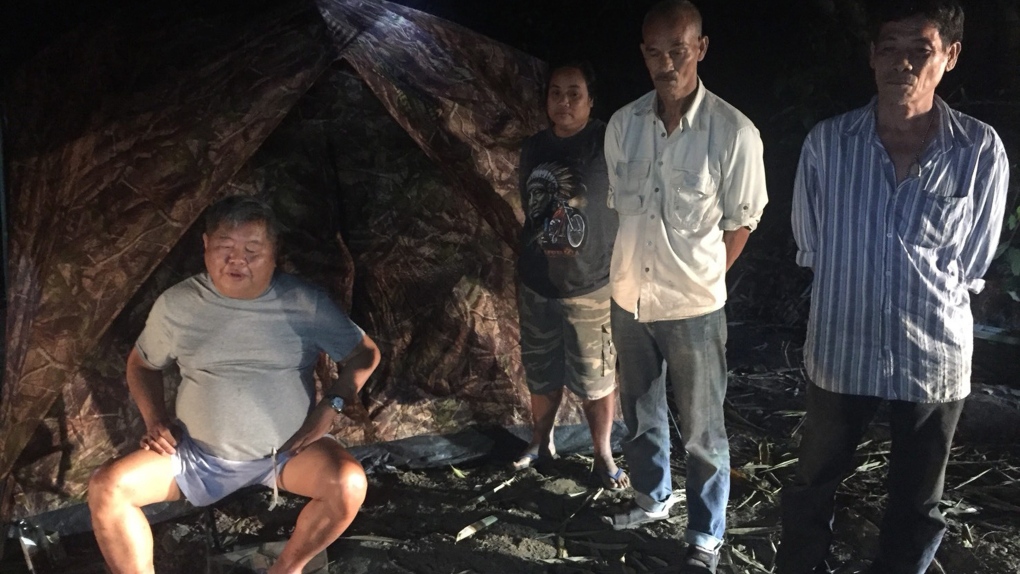 In this Feb. 4, 2018 photo, the president of Thailand's largest construction company Premchai Karnasuta, 63, left, is seen with others in his group at the Thungyai Naresuan Wildlife Sanctuary. (Thailand Department of National Parks, Wildlife and Plant Conservation via AP)

BANGKOK -- A Thai construction tycoon on Tuesday was sentenced to an additional one year in prison for bribing a park ranger in relation to a high-profile case of poaching endangered animals in a wildlife sanctuary last year.

A Bangkok court said in a statement that it sentenced Premchai Karnasuta, the president of Italian-Thai Development PLC, for attempting to bribe the sanctuary's chief ranger, who had arrested him, to let him go free.

In February last year, Premchai and his company's employees were found with guns and the carcasses of a black panther and other animals in the sanctuary where they had set up a camp to hunt animals.

Premchai was sentenced to 16 months in prison for possessing the carcass of an endangered Kajij pheasant and firearms in public areas. He was released on bail.

However, Premchai was not found guilty of possessing the black panther carcass.

The case has been met with public skepticism that justice will be done in a country that has seen the privileged prevail in high-profile cases.

Activists concerned about the case have worn masks of the slain big cat as a symbol of protest on several occasions and environmentalists have pledged to keep up pressure.

Premchai was released on bail shortly after Tuesday's ruling while he appeals the case.