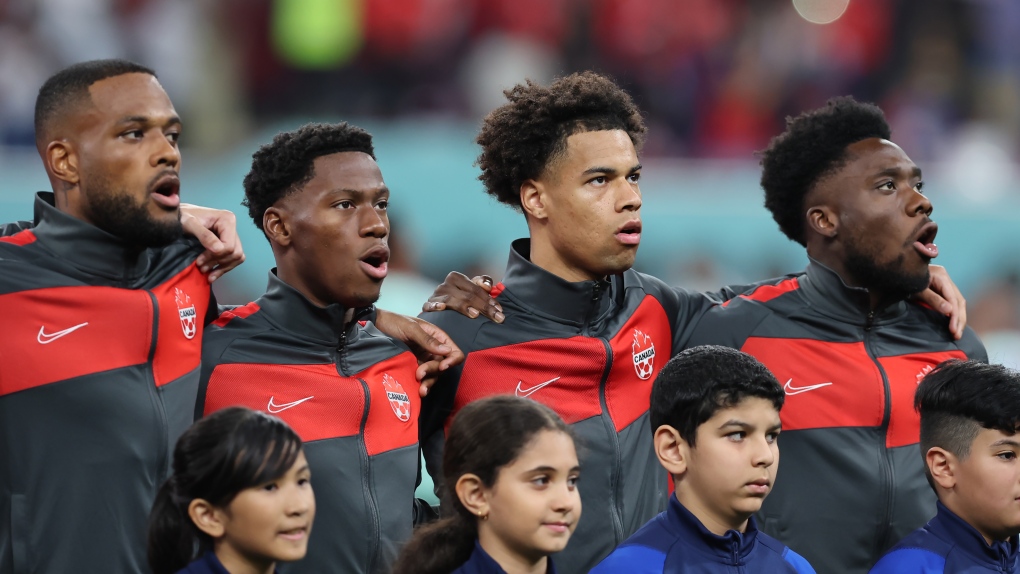 International sports fans might not initially think of soccer when considering elite-level Canadian sports. However, that narrative changed the minute John Herdman’s men stepped on to the pitch against Belgium in its tournament opener.

It was a monumental occasion on soccer’s biggest stage in Qatar, and while Canada’s World Cup campaign ended miserably, there is still hope moving forward to the 2026 World Cup.

Here are three talking points from Canada’s run at the 2022 World Cup and what it needs to do to ensure it can have a better campaign in four years' time.

WAS THIS A FAILURE?

Those are the numbers of Canada’s latest World Cup campaign, which means it now holds the joint-worst record in tournament history with six losses from its six games. El Salvador is the other country which holds the same record.

But was this campaign in Qatar a failure? No.

Heading into the 2022 edition, Canada pulled off the unthinkable in qualifying, and its success was not a fluke. A determined game plan led to routine performances with only two losses out of 14 games. The World Cup, however, is naturally a step up from CONCACAF qualifying.

Only considering the results on paper, what Canada indeed achieved to qualify for the tournament has since been overshadowed. Herdman’s side did not necessarily play as poorly as it seems, and if you failed to watch all three matches, you’d think otherwise, given the final scores.

Days before the tournament kicked off, the 47-year-old head coach from Consett, England admitted one of the main goals was to put the ball in the back of the net at a men’s World Cup for the first time.

“We knew this was a big opportunity to unite a country coast to coast, and the mission is to score that first goal, that’s it,” Herdman told TSN on Nov. 16. “To have that celebration and know that 15 million people, however [many] million, are watching that game from coast to coast, they’re jumping around their living rooms, the people in the stadium [are] celebrating.”

And when Tajon Buchanan’s inch-perfect cross met the leaping head of Alphonso Davies to open the scoring against Croatia, the soccer fans in the country rose to their feet in celebration — history was made. It’s the earliest World Cup goal of this campaign, too, after only 68 seconds.

To make things even better, Canada registered 22 shots against second-ranked Belgium, who admitted they struggled to break Canada down, only to lose 1-0. They then led 12th-ranked Croatia for 30 minutes after Davies’ historic goal and piled pressure on Morocco in its final game.

Those were resilient performances from the 41st-ranked country, who had nothing to lose but everything to gain. Canada was the lowest-ranked CONCACAF nation during the World Cup draw and subsequently placed in Pot 4 before the draw was made, meaning it would naturally have a challenging run to try and reach the knockouts. 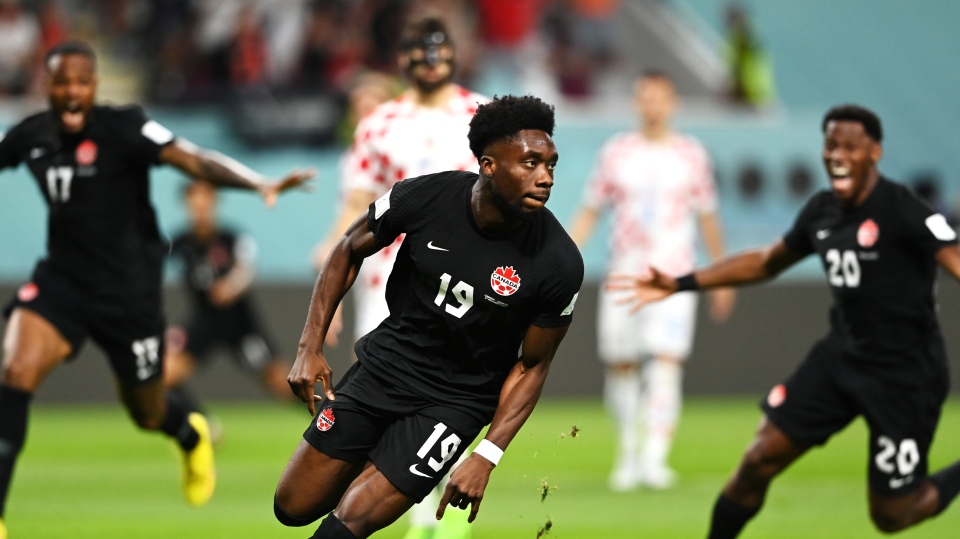 So while the Canadians ended with the joint-worst record of the tournament finishing on zero points alongside hosts Qatar, not much was to be expected from a team making only its second World Cup appearance.

Regardless of the dismal finish, history was made, and the world finally took notice of Canada’s emerging talent. That’s nothing to forget.

It’s another four years until Canada can return to the World Cup and, looking ahead, there are plenty of areas for improvement.

Alongside the United States and Mexico, Canada will host the 2026 campaign, and virtually every area on the pitch needs to step up to the next level. But most importantly, in midfield and attack.

Scoring only one goal and forcing a second with an own goal isn’t strong enough for teams playing at the World Cup. Notably, having two defenders on the scoresheet isn’t necessarily a welcome statistic either, with out-right forwards falling short in Qatar.

Jonathan David and Cyle Larin had promising performances during qualifying and led the scoring charts, with 11 goals in the third and final round, but both were sub-par when Canada needed them the most. They only combined two shots on target over three World Cup games.

Canada’s attack showed it could keep teams on high alert with pace and creativity but lacked a final touch that must be present at the top of the game. The point of the game is to score, so finding a reliable, lethal goalscorer in front of the net, or a boost in confidence, is a must.

Meanwhile, in midfield, the glaring problem is the lack of options. Stephen Eustaquio acts as the primary cog in the machine for Canada, but once he picked up an injury in the first half against Croatia, the backup options were slim.

Captain Atiba Hutchinson, while carrying heaps of experience, struggled to compete with the best in the world at age 39. On the flip side, 20-year-old Ismael Kone has little experience on the world stage and is just yet to become a staple in the midfield with only nine caps to his name. 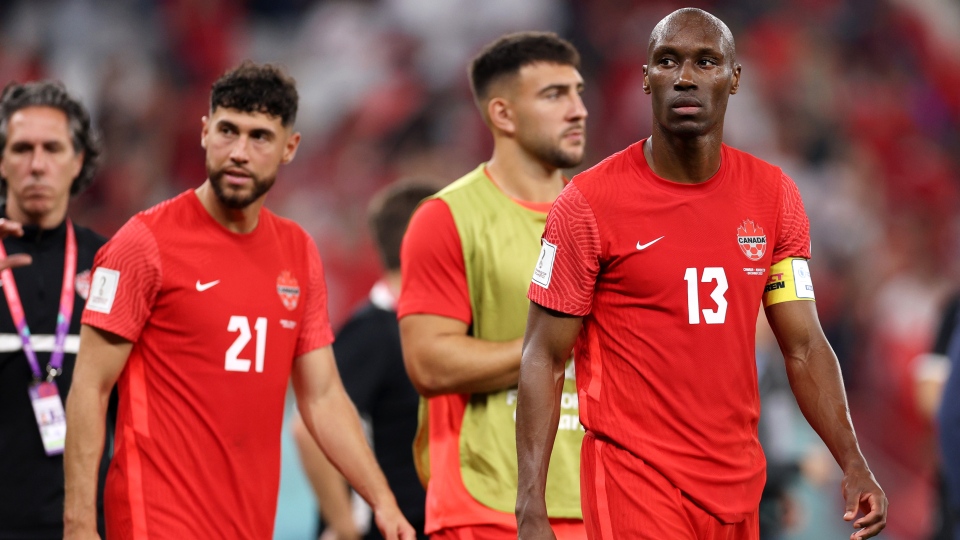 Every other midfielder selected in Herdman’s squad only made a small cameo in Qatar, almost as last-resort substitutions. It was questionable, however, to see Samuel Piette sit on the bench all tournament. The CF Montreal captain was heavily relied upon by his club, making 28 appearances en route to the MLS Playoff quarterfinals. His presence was key to Montreal’s success and Piette could have done the same for Canada.

Canada lost the midfield battle against Croatia and Morocco, which led to tournament-defining losses, and needs someone who can dictate the flow of play alongside or as a replacement to Eustaquio. Otherwise, the team was forced to play along the wings and hope deadly pace can push them up the pitch. In Qatar, that approach is sometimes needed as it left the defence exposed.

The promising aspect is the majority of the squad will be at the peak of their careers by the next World Cup, with Davies, David, Buchanan, Kone, Eustaquio and others sitting between the age range of 24 to 29 by 2026.

Four more years of experience will be crucial in the development of all positions. Some players, such as Buchanan and Alistair Johnston, have been linked with moves to big-name European clubs following their performances in Qatar, which will directly impact improving the national team. Exposure to better players, more competitive leagues and rountine minutes naturally influence a player’s development.

The biggest takeaway from this World Cup cycle is the growing pains Canada was left with: how a stunning lack of composure can come back to bite you.

Don’t confuse the point, though. That CONCACAF qualifying run to reach soccer’s biggest stage in Qatar was a monumental achievement, one which had an entire country supporting 26 players and one head coach from coast to coast.

The morning of Canada’s opener against Belgium was filled with hope, anticipation, excitement and a sense of belonging. It was time to show the world the maple leaf could compete on the world’s biggest stage in soccer and Canadian supporters were ready.

After those first 90 minutes, the world took notice, too, as the team ranked 41st in the world put Belgium’s “Golden Generation” through the wringer. 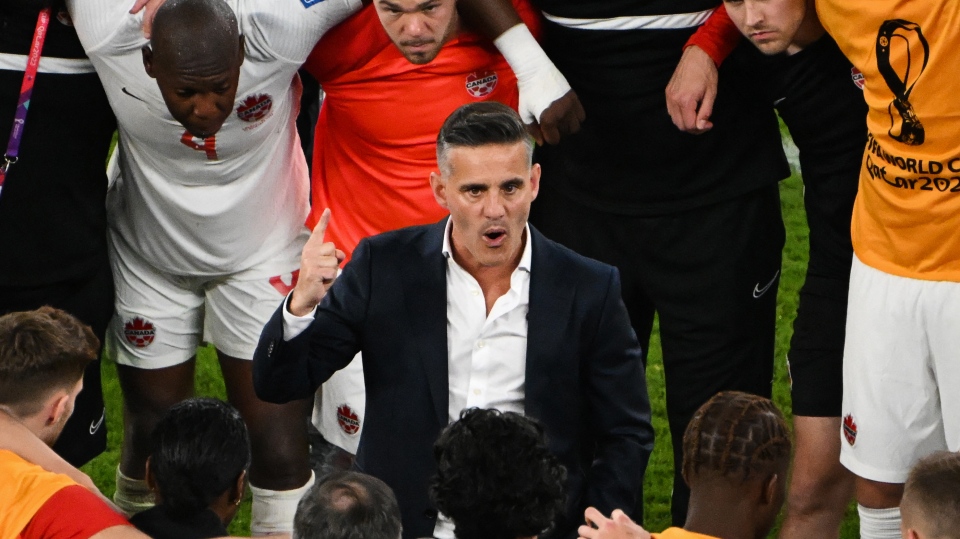 That was until everything came crashing down.

Following Herdman’s team huddle after the final whistle, emotion carried into his post-match press conference, where he revealed he told the squad they were going to “F Croatia” in its second match.

His reaction was heavily criticized, and Canada seemingly unravelled after that.

Croatia took the comments as fuel for its fire, something Andrej Kramaric admitted after the 4-1 victory for the Europeans clarifying they “demonstrated who F’ed whom” on the pitch.

The statement performance by Croatia quashed Canada’s dreams of reaching the Round of 16 and, instead, confirmed its elimination.

The third and final match against Morocco then saw a dejected Canada make sloppy mistakes along with a lack of drive take over, with players looking puzzled about how to play the game, and some even stopped running.

It appeared some were mentally back on Canadian soil instead of playing in its third group stage match at the World Cup. Simply put, they gave up and lost their heads, almost undoing everything they worked for during an impressive qualifying campaign.

Unfortunately, how Canada’s tournament concluded did not truthfully portray how strong of a competitor it can seriously be. A bright, explosive start quickly faded into the abyss and was met with heavy criticism. It is not the way their 2022 World Cup run should be remembered.

The World Cup has the highest, most pressure-filled atmosphere in soccer, where you constantly need to be at the top of your game. This is the big leagues.

Topping CONCACAF doesn’t compare with competing against the best at the World Cup, and moving forward, maturing is a must for all involved.

One can only hope Canada realizes that by 2026.

World Cup Power Rankings: How all 32 teams stacked up in the end

How Messi, Mbappe and a worthy supporting cast made the greatest World Cup final ever

World Cup 2022 review: Best and worst of the tournament in Qatar