Canada's immigration department is restarting its draws today for all programs under Express Entry -- a system used to select so-called economic immigrants -- after it temporarily shut down over the pandemic and travel restrictions that came with it.

While this would come as good news for many stuck in the considerable backlog of applicants seeking permanent residency, those who spoke with CTVNews.ca say the long pause and wait times have led to uncertainty and suffering in their lives.

Immigration, Refugees and Citizenship Canada (IRCC) announced it's restarting its Express Entry (EE) draws for qualified candidates as of July 6.

Canada’s Immigration Minister Sean Fraser tweeted: “Newcomers continue to play a critical role in the success of the Canadian economy and we look forward to resuming this important program.”

The decision comes at a time when the current immigration backlog in Canada is 2.4 million people, and the country faces a labour shortage.

“I think people have waited a long time so the resumption of these draws is welcomed—especially for Federal Skilled Workers and in particular, the Canadian Experience Class,” Rick Lamanna, director at Fragomen Canada, an immigration services provider, told CTV News in a Zoom interview.

Many employers in Canada rely on Express Entry, which was introduced in 2015 and designed to attract highly skilled foreign workers through its programs which lead to permanent residency (PR).

Of all economic immigration programs, employers rely most on the global talent stream, FSWP, and the CEC, according to a recent survey of major employers by the Business Council of Canada.

But with the pause of Express Entry programs such as FSWP and CEC, many employers struggled to fill job vacancies.

Four out of five respondents in the survey said they were experiencing labour shortages, and processing delays remained a top barrier for two-thirds of the Canadian employers looking to recruit newcomers.

A HISTORIC WEEKEND DRAW AND A SUDDEN PAUSE

Prior to the program’s pause, IRCC invited over 27,000 economic immigrants to apply under CEC on Feb. 13, 2021, on a weekend (Saturday) in its largest-ever draw in the history of the Express Entry system.

Invitations to Apply (ITAs) were issued to those who had a Comprehensive Ranking System (CRS) score of as low as 75—the lowest ever accepted score. CRS is a points-based system where eligible candidates get a score based on factors such as age, education level, language skills, and work experience.

A few months later in Sept. 2021, CEC and FSWP draws came to a standstill and PNP would become the primary focus for all the future draws, leaving other program applicants under Express Entry in limbo.

In an emailed statement sent to CTVNews.ca, IRCC’s media relations advisor Rémi Larivière said travel restrictions in 2020 and 2021 delayed the processing of overseas applications, which led to growth in the processing inventory.

“To manage that inventory, in September 2021 there was a temporary pause in ITAs under the federal high-skilled streams while continuing to run invitation rounds for the PNP. This pause was temporary,” Larivière said.

Under Express Entry, one first needs to be selected and invited, and only then can they apply.

But the pause meant that IRCC stopped selecting people from certain programs for some time. So people within Canada were invited through PNP, since these applicants resided within the country.

A part of the Express Entry system is designed to reduce or pause ITAs to manage growing inventories, IRCC said. With ITAs resuming now, the department expects the processing inventory to be reduced enough to process the new applications within the six-month service standard.

When looking at backlogs, one of the issues is that the longer it takes someone to get PR, the more applications they have to file to remain in status, Lamanna said.

An example is students on the Post-Graduation Work Permit Program (PGWP) that are expiring. To maintain their current status in Canada, they would need to extend it rather than just having their PR application adjudicated.

“So, it becomes more important that these draws are resumed,” Lamanna said. “It’s a good sign that the government is committed to doing so this summer.”

LIVES IMPACTED BY THE UNEXPECTED PAUSE

The September 2021 pause impacted those who planned their lives within specific timeframes. Since Jan. 8, 2020, PNP has accounted for 52 per cent of total Express Entry draws and CEC made up only 29 per cent of the total draws.

The temporary pause has left many struggling to maintain their legal status in the country, with some having lost their jobs and struggling to extend their temporary work permits.

With the recommencement of the draw, some remain doubtful as to what it means in terms of securing a future in a country they have grown to love. Others believe they may not be able to meet the cut-off score that they estimate to be very high.

'DELAY IN THE DRAWS MADE ME QUIT MY JOB'

Mikita Arlou came to Canada from Belarus in 2019 and graduated from Humber College during the pandemic in 2020. With a one-year valid PGWP—an open work permit that allows international graduates to work in Canada—his pathway to PR looked clear and manageable at the time.

But today, with no job, Arlou is relying on his savings and is yet to hear about his work permit extension application.

With no employment, Arlou also does not have access to healthcare. As a cancer survivor, he requires yearly checkups which he cannot get done now.

“I’ve been waiting for the work permit extension that was promised by Immigration Minister Sean Fraser two months ago but there has been no single update on how or when to apply,” he told CTVNews.ca in a Zoom call. 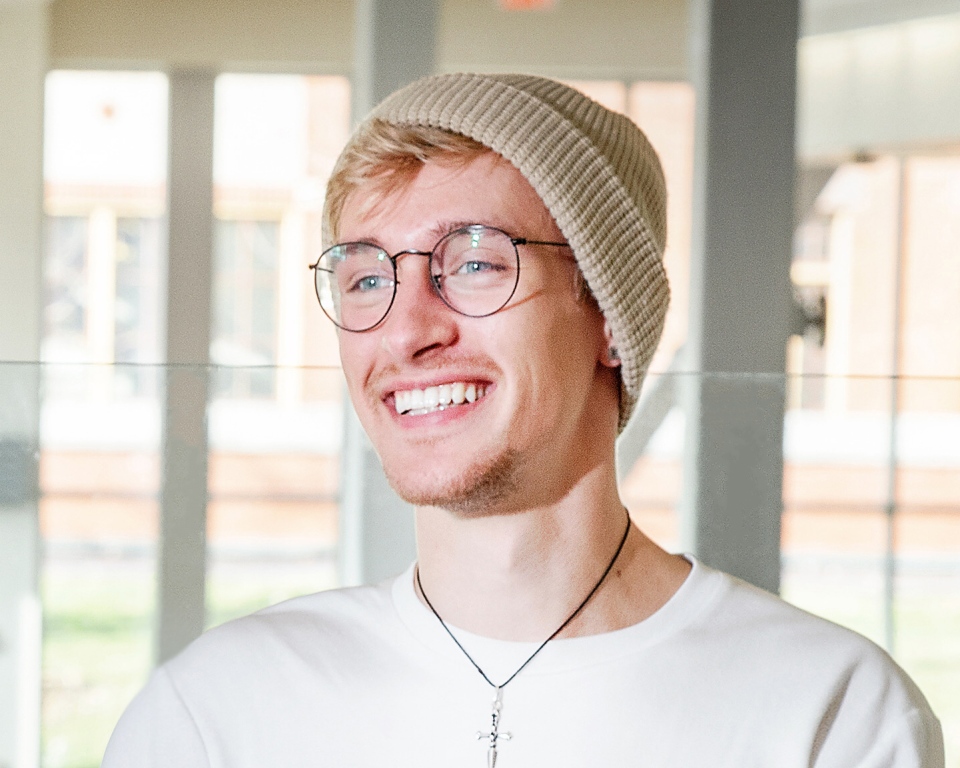 Fraser had said that the immigration department was going to extend work permits for people affected by the CEC draw, but the applications for extensions were never opened.

It was not until June 24 when Fraser tweeted about the PGWP application extensions for those whose work permits have expired or will expire between September 20, 2021, and December 31, 2022.

But for Arlou, these timelines are tight and the news comes late.

“I am in limbo right now, with no work. I spend days in bed, doing nothing and pondering about the future,” he said.

'THE LAST EIGHT MONTHS HAVE BEEN HELL'

Like Arlou, Joshua Addis also has his life on hold after the September pause.

He first came to Canada from the U.K. in February 2020 after securing a 2-year open work permit under the International Experience Canada (IEC) - a pathway that leads to CEC and eventually PR.

But the abrupt suspension of Express Entry disrupted Addis’s plans for securing a future in Canada.

“Immigrating to Canada has been the most stressful experience I've ever endured, so much so I've sought professional help,” Addis told CTVNews.ca in a Zoom call. 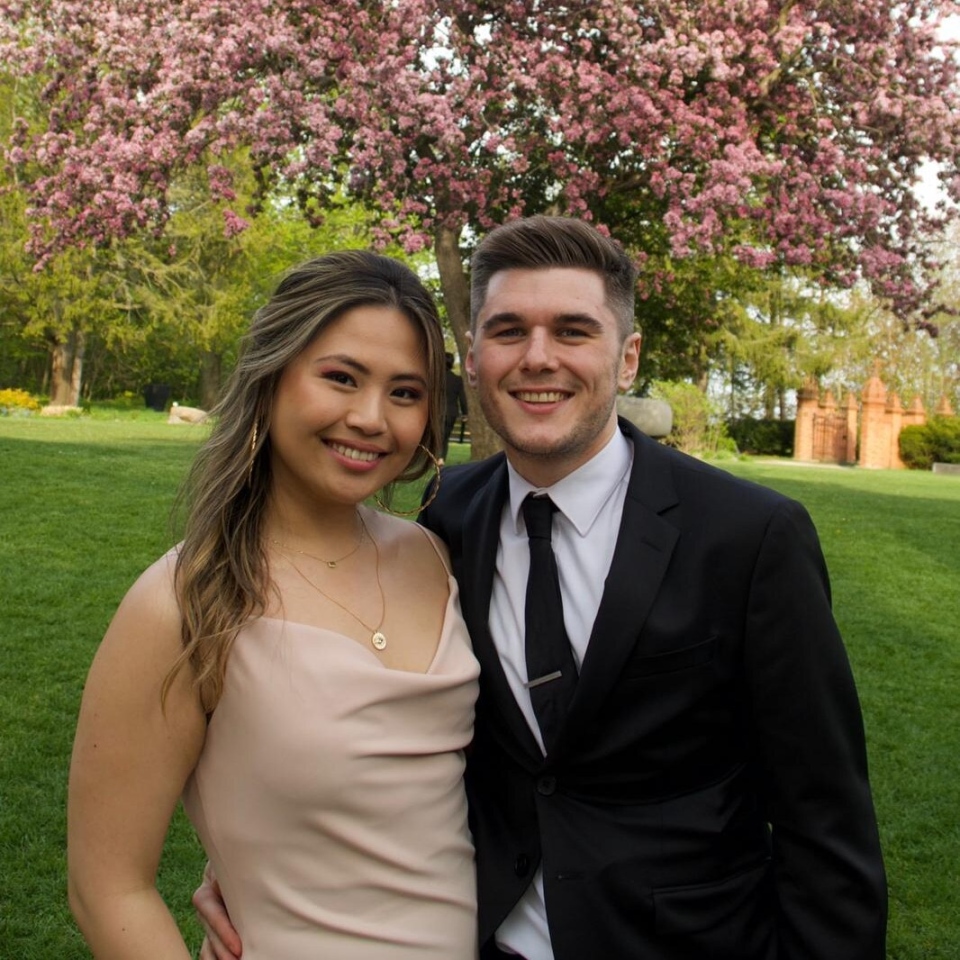 He said he has invested time and effort to gain professional licencing and gained experience, paid taxes and contributed to the local economy, and ingrained himself in the community and culture.

Addis said he submitted a work permit extension in January this year to maintain his work status but it took IRCC five months to decline it.

Now with no work extension, he is currently unemployed—with no income, insurance, or benefits.

With a visitor visa, he is not permitted to work or study under it. While the announcement of continuing the Express Entry draws has brought some relief, Addis is still doubtful if he will meet the CRS cut-off.

“It’s difficult to deal with the uncertainty,” Addis said. “It has been hard not being able to sleep and not knowing where I will be in the next few months.”

But with the uncertainty, he is not ruling out other options such as the common-law sponsorship.

“I wouldn't get PR for another year, and I wouldn't be able to work in Canada whilst waiting,” he said. “At least with family sponsorship I may be able to get an open work permit in 4-5 months.”

“I really don't want to have to leave my partner, my job, and my home behind, but this situation has stripped us of our human rights,” he said.

'THIS WHOLE SITUATION IS DISRESPECTFUL TO US'

Pedro Carvalho came to Canada from Brazil along with his wife in 2017. After graduating in 2019, the couple has been living and working in Toronto.

“Our lives are halted. We can’t plan for the future. The immigration has just been a nightmare,” Carvalho told CTVNews.ca in a Zoom.

The couple applied for the Express Entry program and received an ITA on July 22, 2021.

But the application never made it on time due to technical issues in the online portal.

After repeatedly failed attempts, filling out web forms, and having received no useful help, he cancelled his application close to the expiration date, hoping to make it into the pool again.

But the unpredictable September pause on Express Entry made him realize that there may not be another chance for an ITA for the next 9 months. 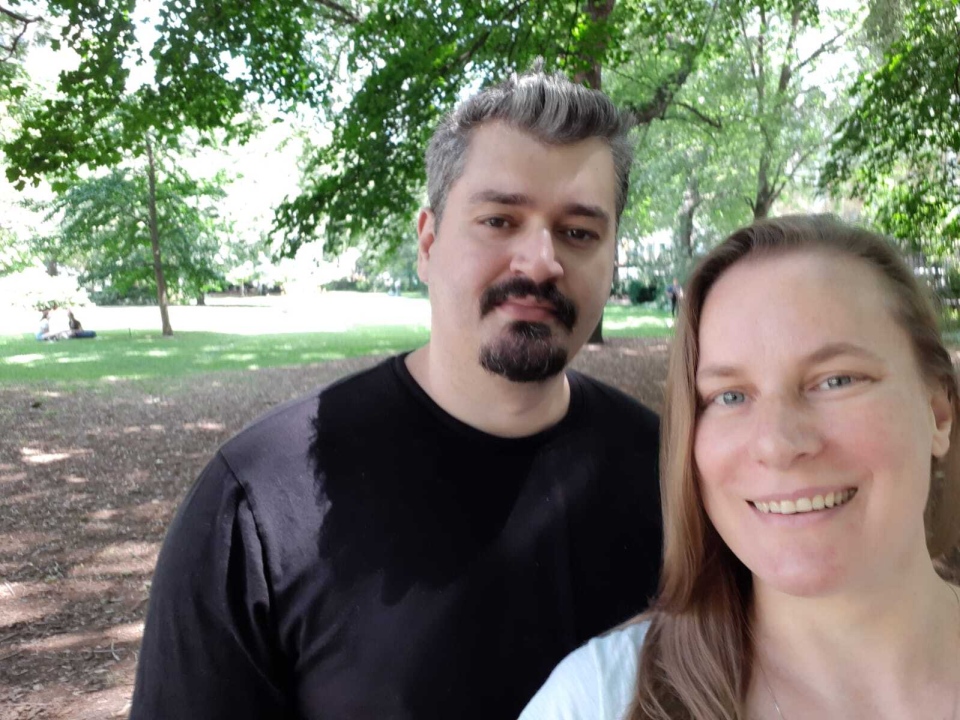 Carvalho is skeptical whether they’ll be able to meet the CRS score in the July EE draw due to his age.

“I don't think I stand a chance at least for this draw,” he said.

Age is one of the criteria that CRS scores take into account. The younger the applicant, the higher the score. After the age of 40, there is a reduction of 10 points with each passing year, according to the point-based system.

The couple is now navigating another pathway called TR to PR—which has been in limbo, too.

Carvalho and his wife have a baby due in October and they want things to get more settled before that. But with their work visa expiring in November this year, they are running out of options.

IRCC said the department continues to evaluate options for invitation rounds that align with current inventories, as well as current and future levels space and processing time objectives.

In its statement, it said the global migration has been upended by the pandemic and the application inventories grew during the pandemic with health and travel restrictions in effect.

“It will take some time to fully recover,” Larivière said in the email.

IRCC said the government has committed $2.1 billion over five years and ongoing $317.6 million in new funding announced in Budget 2022.

With funding of $85 million from the 2021 Economic and Fiscal Update, it is looking to reduce the application backlogs that accumulated during the pandemic through ways such as hiring processing staff, digitizing applications, and implementing tech-based solutions.

But Lamanna said there is no magic bullet to end these huge backlogs overnight.

“There are lots of people relying on immigration in Canada—inside and outside of Canada,” Lamanna said. “We want people to have some certainty—regardless of whether they apply through paper or online. So, we'll see what the government wants to do or how it's going to go about trying to fix that.”

But for many immigrants, the combination of overcoming backlogs, delays, lack of communication, and transparency has made them feel like the battle is lost.

“We don't know what we're going to do,” Carvalho said. “We’ve been working here for five years and this whole situation is disrespectful to people like us. We thought everything would be organized and they would be gentle with people but looks like they don’t care."