What does 'cheugy' mean? The term that took off on TikTok, explained 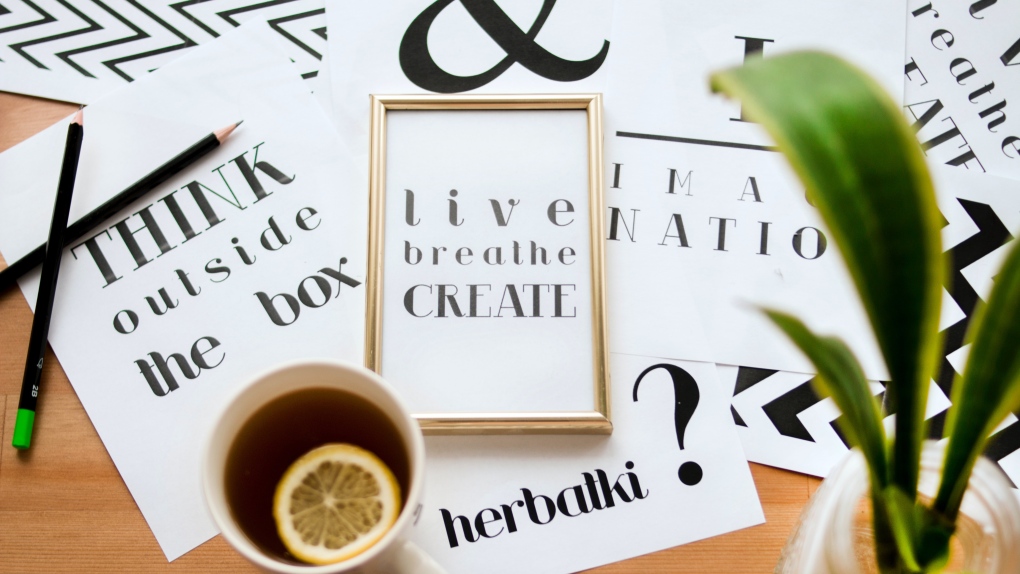 Some fonts, sayings and patterns are considered cheugy. (PEXELS)

TORONTO -- You may have heard the word ‘cheugy’ in recent weeks, as it has taken social media by storm, but if this is your first time encountering the term, well, then you might yourself be cheugy.

Cheugy is a word used to describe a very specific type of white woman. Not quite basic, and not quite uncool, but a fine middle ground of someone who is just ever-so-slightly out of touch, as if they just missed the memo.

Still not sure what’s cheugy? It could be anything. It’s a type of font, it’s “girl boss” energy, it’s Uggs and minions, but more than anything else, it’s an attitude. But soon after cheugy became cool, it also became cheugy.

“The irony is that once something becomes mainstream then, by definition, it becomes cheugy,” Sharon Lauricella, associate professor at Ontario Tech University, told CTVNews.ca in a phone interview on Tuesday.

So even using the term cheugy has become cheugy. Writing this article: cheugy.

“Once something becomes mainstream, or becomes identifiable in popular culture, then it's kind of immediately dismissed as past its due date,” she said.

Cheugy is getting married at 24 and having His & Hers bath towels in THAT font. You know what I mean

The originators of the term argue that there’s no gender associated with it, that anyone can be cheugy, we’ve seen that the term most often targets a specific type of person.

“I think it's interesting because it's definitely aimed toward affluent, white, millennial women,” said Lauricella.

But because the word is brand new in our lexicon, it seems more innocent than it actually may be, she added.

“As a word, it's just a made-up word, so it doesn't have that loaded history, which I guess makes it a little bit more acceptable,” she said.

But, it misses the mark, because what’s been trendy in recent years, and still is, is inclusivity. With social media, we’ve been able to see glimpses of each other’s lives in a way like never before, and while we try to clean them up and make them look perfect beneath filters, ultimately, what’s cool is being accepting of others.

“So much of what is actually cool right now is understanding social justice, understanding contemporary issues like equity and diversity and inclusion and body positivity,” Lauricella said.

Who’s to decide what is cool and what isn’t? What’s cool in say, Toronto, isn’t what’s cool in Vancouver, or L.A. or New York.

“I think what is kind of the underlying factor is: authenticity is cool,” Lauricella added.

And whether something is cool or not is in their attitude and confidence. Most cases of cheuginess are actually things that used to be very cool. Minions? Funny. Ugg Boots? Comfy and cute. Lasagna? Delicious. Embracing your inner cheug is the best way to avoid being cheugy.

“There's so much opportunity to own who you are, especially now, and I'd really like to see our culture focus more on owning who we are, rather than criticizing others for choices that they make, or don't make right,” Lauricella said.

While cheugy sounds like it’s all fun and games and is predominately used on platforms such as TikTok and Instagram, there’s something inherently privileged and entitled about the term, she said. Keeping up with each new trend comes with a hefty price tag.

Cheugy is an incredibly “online” term. The cheugiest of us all may not know the term because we’ve stepped away from social media to enjoy their lives, and cheugy definitely lives on social media. It made its debut on TikTok and now has taken up residence on Instagram where an account is compiling all things cheugy, and no one is safe.

To avoid being cheugy, you must become one with the cheug.