Looking for unique ways to celebrate Canada on our country’s 146th birthday? There are a ton of options over this long holiday weekend from Lumberjack shows in Vancouver to the Gay Pride Parade in Toronto. And don’t forget Banff and Lake Louise area. Calgary and other parts of Alberta may have subdued celebrations due to the flooding this year, but other areas are open for business and ready to party.

Ottawa is a place every Canadian should visit at least once on Canada Day. It’s a giant patriotic party on the lawns of Parliament Hill, Major’s Hill Park, Jacques Cartier Park and on the closed streets of downtown. The Changing the Guard ceremony starts the day at Parliament at 9:00 a.m., with the flag raising ceremony at 9:30 and the carillon concert at 10:00 a.m. This year, in addition to headliners like Carly Rae Jepson, Terri Clark, and Metric, the noon concert at Parliament Hill will feature a special appearance by Canadian astronaut Chris Hadfield! He will be joined by Ed Robertson of the Barenaked Ladies and they plan to perform their song ‘I.S.S.’ (Is Somebody Singing), along with amateur choirs from all over Canada. Performers from across the country, who in some cases have been filmed in advance, will join in a "virtual" collaboration on Parliament Hill.

The Canadian Space Agency will also have a display of some of Hadfield’s best photos taken from space in an exhibit called Through the Lens of Astronaut Chris Hadfield in Major’s Hill Park. Also in Major’s Hill Park, Hadfield and American astronaut Tom Marshburn will share their experience on board the International Space Station, with a special musical performance by Trent Severn with Chris Hadfield. www.canadascapital.gc.ca/celebrate/canada-day

In Halifax, the place to be is the Canadian Museum of Immigration at Pier 21.

The Museum will be open to visitors free of charge all day, from 9:30 a.m. to 5:30 p.m. Explore the main exhibition dedicated to the Pier 21 years, during which one million immigrants to Canada were welcomed and took their first steps on Canadian soil right. Don’t miss the Official Citizenship Ceremony from 10 to 11:30 a.m., where nearly fifty individuals will become new Canadians. All are welcome to attend. The Multicultural Fair runs from 11:30 a.m. to 2:30 p.m. Fuelled by live music and diverse multicultural performances, the celebratory atmosphere spills over into engaging activity stations and crafts for all ages including: face painting, henna body art, origami and photography. Cake and punch will be served.

I used to be a tour guide, so I did spend a lot of time chatting about Canada’s history. If you feel like learning a little more about the birth of our great country, I highly recommend checking out one of the Parks Canada sites across the country including Louisbourg, Cave and Basin and Fort Langley. The best part is that Parks Canada celebrates Canada Day with free admission to all national parks, national historic sites and national marine conservation areas across the country. 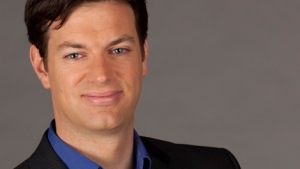