Popcorn is not just for munching at the movies anymore 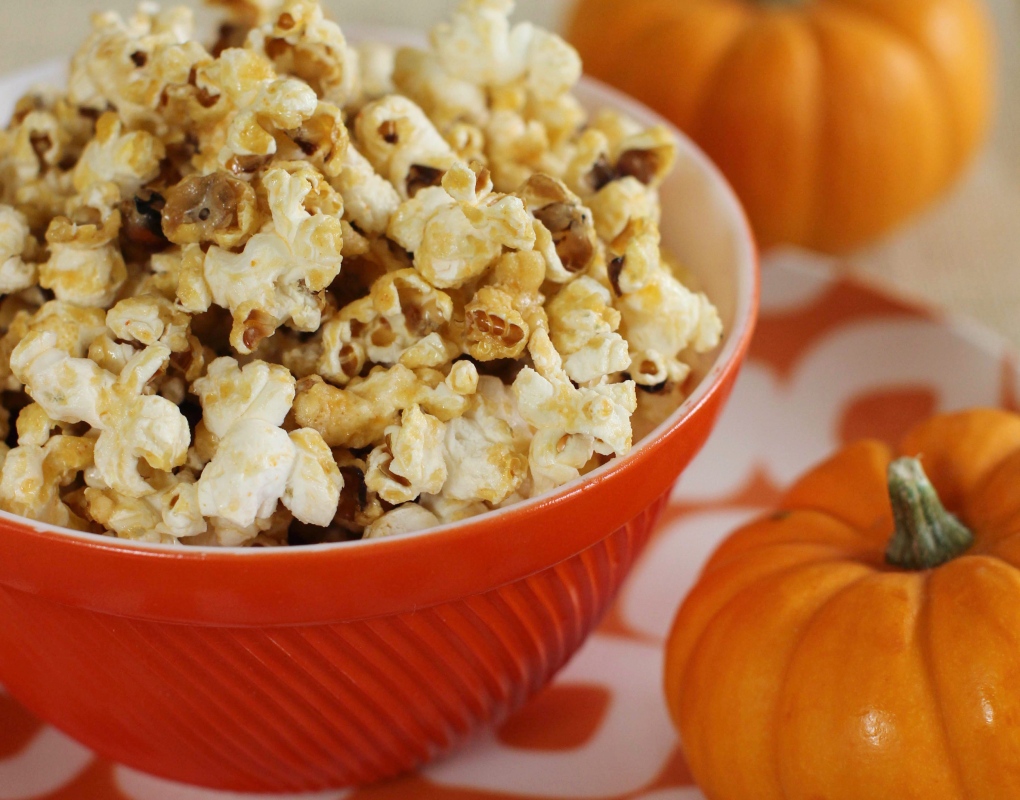 TORONTO -- Popcorn is having a moment. It's increasingly appearing on menus in high-end restaurants and artisanal shops are dreaming up dozens of ways to dress up the nostalgic movie-time snack.

"I think it's just a new ingredient to be more heavily explored."

When popping the corn, he burns it slightly because "burned popcorn translates way better in flavour." He then steeps the corn in an ice-cream base and strains it out so all that's left is butter popcorn flavour.

Christine Couvelier, whose Culinary Concierge company helps clients build their brands and keep ahead of market trends, predicted last December that popcorn -- in fun flavours or as a creative ingredient --was on the trend horizon.

"It has arrived and I also think it's going to continue to be something to watch for next year too," she says from Victoria.

She's had popcorn drizzled with olive oil in an appetizer with avocado, smoked trout tartare and house-made chips.

"It was a really interesting texture combination to put on that plate," she recalls.

Rob Bragagnolo, chef at Marben restaurant in Toronto, likes the texture and crunch popped grains add to food. He pops quinoa, chickpeas, wild rice and millet in addition to corn.

"Even things like ceviche, adding a bit of popcorn is quite cool in the summer.... I've seen it anywhere from a bar snack with an interesting sort of flavour topping to being an ingredient in a dish, both for different texture and for something that's a bit more unusual.

"I think there's a bit of nostalgia there for a lot of chefs who use it because it's such a childhood flavour and memory."

Peter Pan Bistro in Toronto serves gin popcorn -- flavoured with the spirit's base of juniper berries -- as an appetizer.

Popcorn is relatively cost-effective too -- unless you put truffle oil on it, says Couvelier.

Chef Graham Elliot, who judges on television's "MasterChef," includes a recipe for truffled popcorn in his new book "Cooking Like a Master Chef: 100 Recipes to Make the Everyday Extraordinary" (Atria Books), due out at the end of the month. Elliot writes that putting popcorn on the table at his Chicago restaurant instead of bread was a hit because it's fun and less filling.

"I also get a kick out of pairing a food that costs about a nickel (popcorn) with one that can cost thousands of dollars a pound (truffles), and this has become one of my signature dishes," Elliot writes.

At Toronto Popcorn Company, co-owners Joseph and Caramhel Villegas concoct more than 50 flavours. This fall, they're introducing pumpkin spice and autumn delight, which has a riot of fall colours and a mixture of flavours such as green apple, orange peel, banana and grape.

Their spiciest offering, buffalo kick, and cookies-and-cream are bestsellers.

Joseph Villegas acknowledges competition from chains like Kernels, which launched in 1983 and now has 74 stores, according to the company's website.

"Our edge would be the unique flavours that we have," he says. "We make everything from scratch in small batches. We are able to customize flavours for special events."

Last year, two months after they opened, they caught the eye of Toronto International Film Festival sponsor RBC, which ordered 12,000 bags of popcorn over four days to hand out to TIFF attendees.

The recent post-season excitement generated by the Toronto Blue Jays prompted a party planner to order a mixture of blueberry and white cheddar popcorn to mimic the team colours.

Sisters Julie Albert and Lisa Gnat love entertaining and have compiled more than 700 recipes on their website, bitememore.com. They think popcorn can bring a lot of fun to the table.

Here are two of their recipes, one for chicken that uses popcorn as a crunchy topping and one for a creative combination of popcorn and pretzels with caramel and chocolate.

This recipe for peanut- and popcorn-crusted chicken is juicy on the inside, crunchy on the outside and topped with an Asian-style peanut sauce. Not only is this super-flavourful chicken easy to make, but it also gives a boost to any lacklustre chicken repertoire.

In a blender, process popcorn until finely ground. Pour into a shallow dish and stir in peanuts and salt; set aside. Place flour in a shallow dish. In another shallow dish, whisk egg, soy sauce and lime juice until combined.

Preheat oven to 190 C (375 F). Line a baking sheet with aluminum foil and coat with non-stick cooking spray. Remove chicken breasts from marinade and dip each piece in flour; shake off excess. Dip in egg mixture and then into popcorn mixture, patting well to adhere.

Heat a large skillet over medium-high heat and add vegetable oil. Brown chicken in skillet, cooking 2 minutes per side. Place chicken on baking sheet and finish cooking in oven for 15 minutes or until cooked through. Serve immediately with peanut sauce.

In this sweet and salty treat created by Lisa Gnat, popcorn and pretzels are tossed with a homemade caramel sauce, baked and then drizzled with melted chocolate. This also makes an amazing edible gift.

Preheat oven to 120 C (250 F). Line a baking sheet with parchment paper and set aside. Coat a large mixing bowl with non-stick cooking spray and place popcorn and pretzels in the bowl.

In a medium saucepan over medium heat, combine brown sugar, butter, corn syrup, salt and cinnamon. Bring to a boil, stirring constantly. Boil without stirring for 4 to 5 minutes. Remove from heat and stir in baking soda (mixture will bubble up a little). Quickly and carefully pour over popcorn and pretzels and toss using wooden spoons to mix. Spread over prepared baking sheet and bake for 1 hour, stirring every 15 minutes.