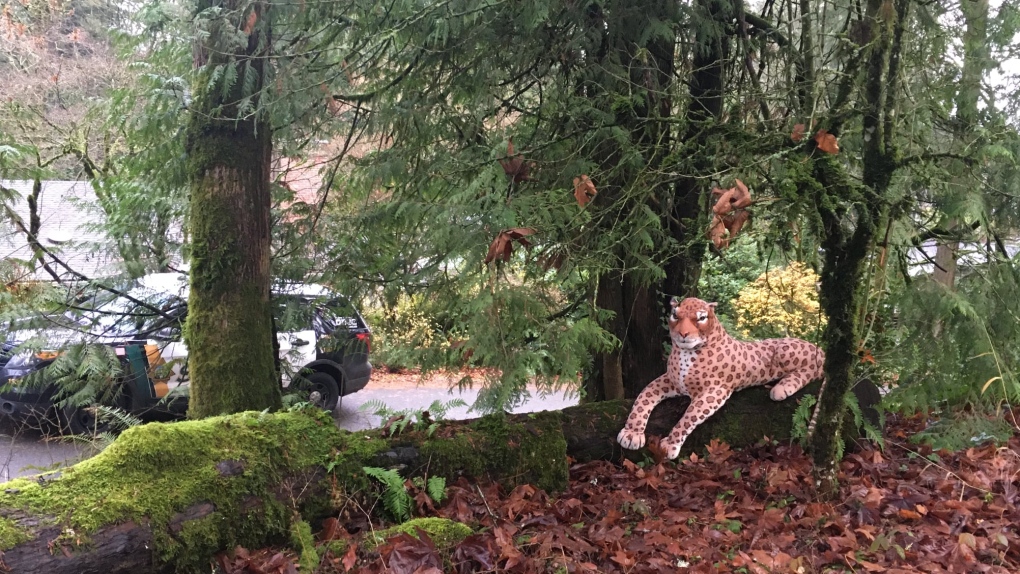 Police in Oregon received a call on Saturday from a Portland resident who spotted a large cat that resembled a cheetah, but after taking a closer look, officers say the big cat turned out to be a life-sized stuffed animal. (Photo: Multnomah County Sheriff's Office).

TORONTO -- On Saturday morning, the Multnomah County Sheriff’s Office in Oregon received a call from a Portland resident who reported seeing a “big cat with spots” near their neighbourhood.

According to a social media post by the sheriff’s office, the caller said the animal looked like a cheetah, but “did not appear to be aggressive.”

Police say big cats are not uncommon in the area and that cougars have been spotted periodically over the years, but the possibility of having a cheetah on the loose was uncharted territory for the sheriff’s office.

On his way to investigate the threat, Deputy Sullivan says he notified the Oregon Zoo, but they reported no missing animals.

When he arrived at the scene, the officer says he carefully approached the woods. Then, he saw what he thought was the big cat.

“I used my ninja-like skills to sneak up on the beast,” Sullivan said in a statement. “Of course, it sat there dumbfounded that I was able to get so close for a couple of photos. Turns out it was a stuffed animal!”

The plush toy created a slight panic, and it’s still unclear who put it in the woods. But police took the opportunity to say they appreciated the report, and to issue a public safety announcement.

“Humor aside, we appreciate this neighbour for reporting what they believed was a serious concern and threat to life-safety in their neighbourhood,” the Multnomah County Sheriff’s Office said in a statement. “We encourage all of you to report crimes or anything that you may find is out of the ordinary or suspicious.”

“We’re relieved to report this wasn’t more serious,” they added.