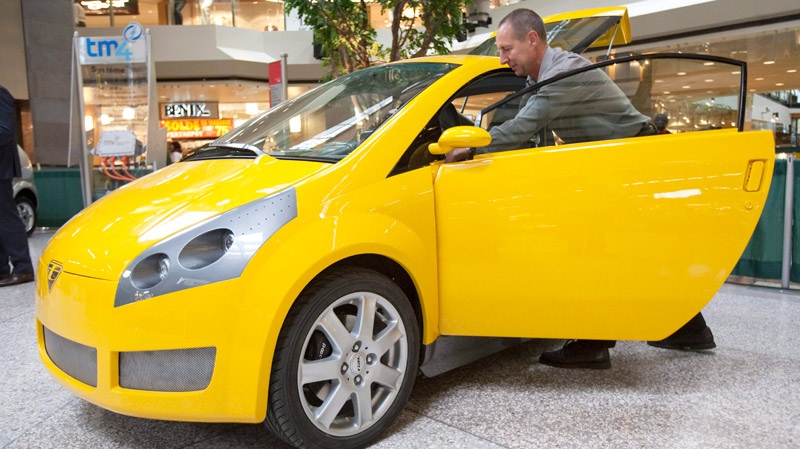 TORONTO - Demand for high-grade lithium used in rechargeable batteries could soar by as much as 150 per cent over the next six years if projections for electric vehicle sales are correct, says the CEO of Canada Lithium Corp.

A study by the Massachusetts Institute of Technology predicted 10 million electric vehicles will be sold globally by 2016. Demand for the low-emission vehicles will be propelled by government investments, rising gas prices and consumer demand for environmentally friendly products.

"That significant ramp-up in production means there's going to be a significant increase in demand,'' Peter Secker, president and CEO of Canada Lithium, said in an interview Monday.

A pre-feasibility study for its Quebec Lithium project near Val-d'Or last week indicates the mine could be producing more than 19,000 tonnes of high-grade lithium carbonate per year beginning in 2012.

This would make Canada Lithium (TSXV:CLQ) the third-largest lithium producer in the world, with the only major lithium mine in North America, Secker said.

Quebec Lithium's operating costs are expected to be under US$2,800 per tonne, which would put the mine in the second-highest quartile of producers. The mine would cost the company about US$148 million to develop.

Secker said there are very few new lithium mines slated to come on stream, and none of these will reach production as quickly as Quebec Lithium.

"As electric vehicles start to ramp up over the next two to three years, there's going to be significant demand that we believe can't be met by existing producers,'' Secker said.

The Quebec Lithium project, which used to be known as the Sullivan mine, produced lithium between 1955 and 1965 when the metal was primarily used in the production of ceramics and glass. Because of this, the project has existing road, rail and power infrastructure, which will cut down on the time _ and money _ it will take to get the mine producing again.

Secker said the mine is "extremely viable'' at the current price of around US$2.90 per pound for the highest-grade lithium.

"Anything on top of that would be a bonus to us,'' he said.

Canada Lithium says preliminary discussions with North American end users indicate a potential market for up to 50,000 tonnes of lithium per year. Shares in the company added one cent to 51 cents in afternoon trading on the TSX Venture Exchange.

An upbeat outlook for electric vehicle sales has been boosting other Canadian companies as well. Shares in lithium-ion battery maker Electrovaya Inc. (TSX:EFL) have soared more than tripled this month after the company announced it will supply Chrysler with batteries for a line of demonstration electric vehicles. This followed news that former Chrysler president Tom LaSorda will take on an advisory role with the company and join its board of directors.

Governments around the world are looking to boost the troubled auto industry and reduce vehicle emissions by investing in electric-vehicle technology.

In the U.S., President Barack Obama has said he wants one million electric vehicles on the road by 2015 and has invested billions of dollars in General Motors, Chrysler, Ford and Nissan to help accomplish that goal.