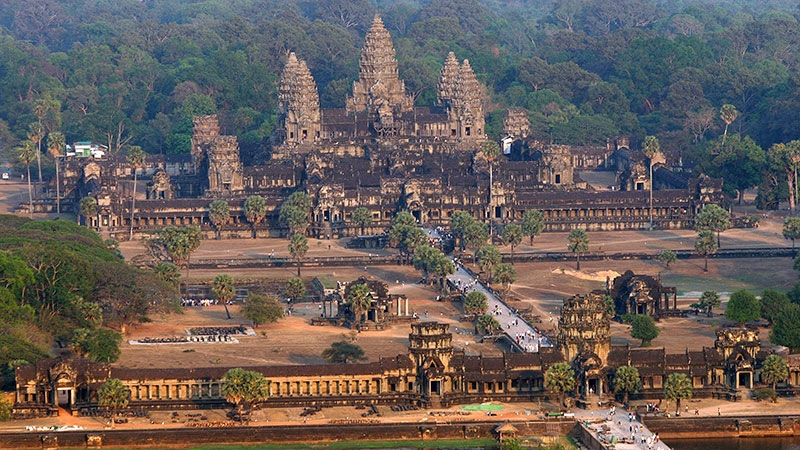 PHNOM PENH, Cambodia -- Visitors to Cambodia's famed Angkor temple complex will have to pay almost twice as much for admission starting next February, the government said Friday.

No explanation was given for the increase. The government said $2 from each ticket sold will be donated to a Swiss-owned children's hospital, Kantha Bopha, which provides free treatment.

Last year, about 2.1 million tourists visited Angkor Wat, the spiritual centre of the Khmer empire that dominated the region from the 9th century until its collapse in the 15th century. A UNESCO World Heritage site, Angkor is a symbol of national pride that is emblazoned on the Cambodian flag.

Last month, Apsara Authority, which oversees the archaeological complex, said that beginning this month local and foreign tourists who dress immodestly will not be allowed to enter.