Is the Liberal Party dead and buried? 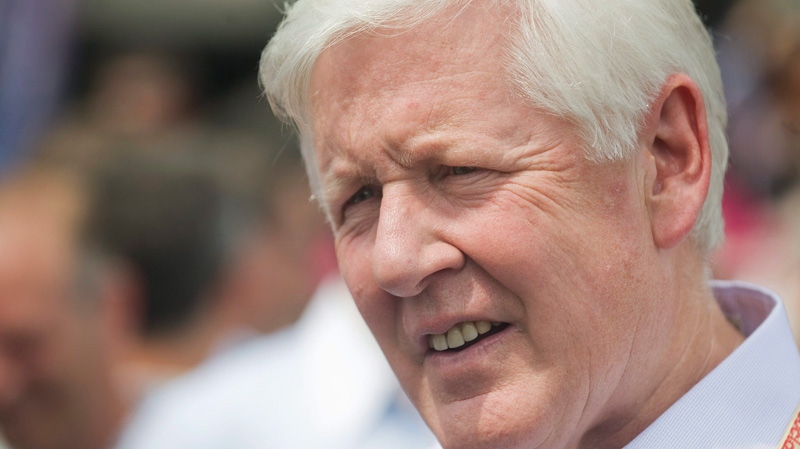 In North American sports, when a team has a terrible season they are rewarded with a high draft pick, and the promise of a better, bright future. By that measure, the 2011 Liberals deserve a first round draft pick with Sidney Crosby potential.

Under Michael Ignatieff, the Liberals suffered the worst defeat in their history, dropping to an all-time low of 34 seats in May's election.

Canada's Liberals were arguably the most successful political party in Western democracy in the 20th century. They are starting the 21st century on the cusp of irrelevance at best, and facing extinction at worst.

In his latest book, "When The Gods Changed," Canadian journalism giant Peter C. Newman all but declares the Liberal Party dead and buried. It's been a mere 10 years since people earnestly called the Grits the "Natural Governing Party" and it seemed a reasonable observation.

When Newman started his book it was intended to chronicle the rise of Ignatieff to the Prime Minister's Office. Instead, he concluded there is no country for the old Liberal Party anymore.

"There are no natural leaders in the party. That's the problem: No leader, no money, no power base, and a track record of losing 30 seats each in the last four elections," Newman said in an email interview. "At that rate, after the next campaign in 2015, they will have four seats, just enough for a game of bridge before they turn off the lights and go home."

Many have been quick to lay the historic defeat at the feet of Ignatieff but Newman sees the defeat as a result of systematic long-term, failures within the party. The Liberals had given up on the West long ago, and watched Quebec slip away over the past two decades. In the last election even Fortress Toronto was breached, leaving the Liberals only with a moderate power base south of the 401.

The party was weighed down by its bureaucratic workings, siphoning money unnecessarily. In his book, Newman quotes a senior Liberal strategist who says the Liberals had $23 million in their coffers for the last election. But much of that money was lost to the bureaucracy, gone to ensure each Liberal fiefdom got its piece of the fiscal pie.

Lastly, Newman says the Liberals, the so-called party of the middle road, has become a party bereft of ideas, clinging instead to the shrinking middle.

But still, it was just Iggy, right?

Then again, it's hard to underestimate the power of "The Ads." If you watch television you remember the series. "Michael Ignatieff. Just visiting." Or "He didn't come back for you." It was brilliantly effective.

"Every second door I heard that last election," P.E.I. Liberal MP Wayne Easter said in a telephone interview. "People never got in-depth into any of the policy areas, they just took the negative image that was defined by the Harper crowd.

"It's a new kind of politics that we've never caught on to, obviously."

It seems like every election, we hear how Canadians don't like negative campaign ads, but the evidence suggests they were clearly effective.

"Negative campaigns always work, their repetition and some of the slogans were clever and never answered," Newman said. "How could (Ignatieff) deny, for example, that he came home out of ambition to become prime minister?"

Easter, one of the few Liberals left in the House of Common who was first elected under Jean Chretien's big red tent in 1993, sounds awfully frustrated with the current state of politicking.

"I have one major criticism in terms of elections in this day and age – nobody knew any party's policy, which is a sad thing," he said. "You expect people to vote on policy but they don't really do that, they vote on perception, they vote on image and we're going to have to do that as well.

Yes, the Liberals' policies. They were for corporate tax cuts right? No, they were against them. It's a bit foggy, ain't it? At least you can remember the Green Shift.

Even the much-reviled leadership of Stephane Dion got better results than the enigmatic Ignatieff. There must be something Ignatieff did wrong.

"Although he had a stellar reputation as a generator of ideas, this was not on display during the campaign," Newman said. "Nor was there a single memorable quote that will survive his caper in the political jungle. Yet words were his business."

This was never more on display than during the English-language leader's debate, when the late Jack Layton skewered Ignatieff on his poor attendance in the House of Commons.

Ignatieff, a Harvard professor and an experienced television debater, should have easily been able to shut down the attack.

"I'm actually out there actually talking to Canadians, while you are just a professional politician," he could have responded to Layton.

Instead he smiled and kept to his script, while the Liberals went off the script that had them being one of the two top parties in this country since Confederation.

Can the Liberals turn it around?

If one needs proof of life in those old bones, it's that promising young people such as 20-year-old Zach Paikin still believe they can advance their careers through the Liberal Party.

Paikin, whose lanky frame and baby face don't help the perception he is still in high school, is running for the position of national policy chair for the federal Liberal party at the party's convention in Ottawa in January. He's already secured a number of high-profile endorsements including Liberal House Leader Marc Garneau.

A fast-talker with an impressive recall for Canadian political history, Paikin's indictment of his own party is nearly as damning as Newman's.

"It's not the leadership, three elections in a row we've lost under three different leaders," he said during a lengthy telephone interview. "Looking at the last several decades of Liberal history, we've been on a general decline.

"Traditionally, you need two of three regions (the West, Ontario and Quebec) of the country in order to win," he adds. "We've progressively lost control of each region.

Among Paikin's solutions; apologizing to the West for Pierre Trudeau's National Energy Program, creating a Liberal think tank, and outflanking the right on tax cuts and the left on the environment.

But he also has one solution to the Liberals problems that may seem antithetical to the party faithful – become more like the Conservatives.

"The Conservatives message very effectively and talk to (voters) on issues that matter to them," Paikin said, noting the Tories' use of targeting voters on wedge issues.

"The Conservatives have mastered how to message extremely effectively in this era. They have a message they repeat over and over and over again. We have to start changing the culture of(our) party to allow for strategic messaging. We've got to realize you can have different, but non-contrary messages to various segments of the population."

Easter sounds a similar note to Paikin's, but with a touch of weariness about the solution.

"One thing I have to say about the Liberals is that we actually think that we make a reasoned argument and people will eventually understand that reasoned argument," he said, putting drawn-out emphasis on "reasoned" twice.

"This is not a time of reasoned argument. It's a time of catchphrase, of simplicity. You just look at the way this government operates."