Is a powerful sleeping volcano in Europe getting restless? 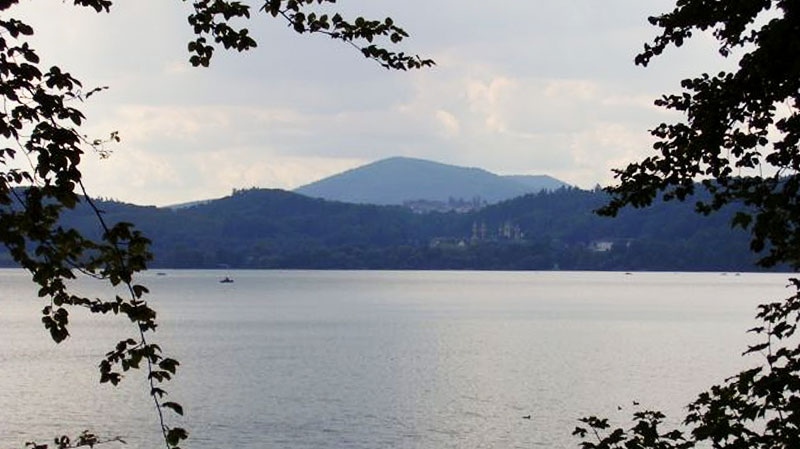 Could a sleeping volcano in the centre of Europe be waking up and preparing to shock the continent with a cataclysmic eruption of lava and ash?

Some would have you think so.

An article in a major U.K. daily paper described the "super volcano" under the Laacher See lake in Germany as a sleeping giant that has recently begun to show "worrying" signs of awakening.

The article reported that carbon dioxide has been bubbling up in the tranquil lake near Bonn, there has been recent seismic activity in the area, and it's been 12,900 years since the last eruption -- and therefore it's due to blow its top "any time now."

And if it were to do so, the results would undoubtedly be devastating.

When Laacher See erupted nearly 13,000 years ago it left a vast footprint on Europe, said Erik Klemetti, an assistant professor of geosciences at Denison University in Ohio.

"That was a fairly significant eruption," Klemetti told CTVNews.ca.

"It left ash all over a large portion of Europe, you find it all the way out into the Baltic and into Scandinavia and across England, so it was a fairly significant eruption."

A similar eruption today, he said, would be akin to plunking Iceland's Eyjafjallajokull volcano down in the middle of Europe, when it was at the height of its ash and lava-spewing activity in 2010.

Millions of people would have to be evacuated if Laacher See erupted, air travel would likely come to a standstill and global temperatures would likely decrease slightly for several years due to the ash particulate sent into the atmosphere.

But there's absolutely no indication Laacher See is even the slightest bit restless, Klemetti emphasized.

The "worrying signs" mentioned in the article aren't worth worrying about whatsoever, he said.

Five years ago, when Klemetti visited Laacher See, he recorded video of carbon dioxide bubbling to the lake's placid surface -- something he believes has been happening for decades, possibly even centuries. Bubbles emerge, he said, when carbon and water particles, which are trapped in magma far below the Earth's surface, escape and make their way to the surface through cracks and fissures.

Though they do indicate the presence of magma, he said there would be a marked increase in their frequency if they were a sign of a pending eruption.

"It's incredibly common and it is one of the ways you monitor for volcanic eruptions so if you see a big rise it would mean a lot of new magma coming into the area," Klemetti said.

Scientists haven't observed a recent increase in carbon dioxide emissions in the area. In fact, Klemetti said, the evidence suggests Laacher See has been venting CO2 for centuries. There are even stories of monks dying from asphyxiation due to carbon dioxide hundreds of years ago on the shores of the lake, he said.

And while there has been some recent volcanic activity in the region around Laacher See, there has been nothing to the degree that would be expected if an eruption was pending.

"If the Laacher See was building up to an eruption there are a lot more signals we would expect to see. We might expect to see deformation of the land surface, hundreds of earthquakes per day underneath the volcano, we'd expect to see a lot more carbon dioxide and the lake water heating up," he said.

Currently that evidence simply doesn't exist, and while Klemetti admits that as a volcanologist he is intrigued by the notion of a massive volcano rising out of a tranquil lake in the middle of Europe, he said it just isn't likely to happen.

"Saying that just because it's been a long time since the last eruption means that it's due, is very dubious because it could very well be that this thing isn't going to erupt again, or if it is it could be in another 10,000 years."