Why your daily cup of coffee could make you crave sweets 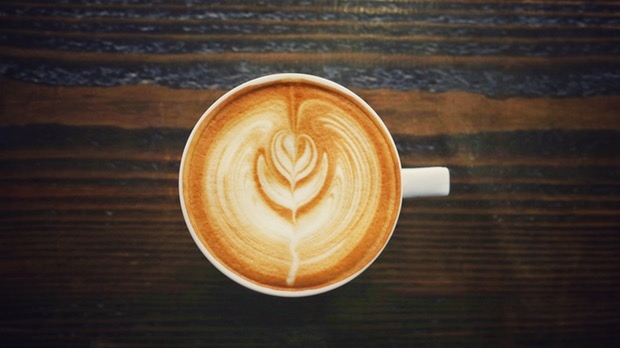 A cafe latte is shown in this file photo.

Trying to cut back on sugar? According to a new study, your morning cup of joe could be making it more difficult, with researchers finding that caffeine temporarily affects taste buds and makes food and drink seem less sweet.

It is already known that caffeine has a powerful effect on adenosine receptors, which promote relaxation and sleepiness. Caffeine suppresses these receptors and makes us feel more awake, which is part of what makes coffee so appealing and caffeine so widely consumed.

However suppressing these receptors also has another effect: decreasing the ability of our taste buds to taste sweetness, which can then cause use to want more.

As many recent studies have already shown that adenosine receptors are present in the sweet sensitive taste cells of mice the new research, carried out by Cornell University, set out to look whether the caffeine can also have an effect on the taste buds of humans.

For the blind study, the team recruited 107 participants and randomly split them into 2 groups.

The team found that participants who drank the caffeinated coffee rated it as less sweet than those who drank the decaf, although the caffeine had no effect on bitter, sour, salty, or umami perception.

"When you drink caffeinated coffee, it will change how you perceive taste -- for however long that effect lasts. So if you eat food directly after drinking a caffeinated coffee or other caffeinated drinks, you will likely perceive food differently," explained senior author Robin Dando.

In addition, the participants were also asked to rate their level of alertness and guess how much caffeine had been in their coffee.

However, despite feeling more alert, there was no significant improvement in reaction times, highlighting coffee's powerful placebo effect.

"We think there might be a placebo or a conditioning effect to the simple action of drinking coffee," said Dando.

"Think Pavlov's dog. The act of drinking coffee -- with the aroma and taste -- is usually followed by alertness. So the panelists felt alert even if the caffeine was not there."

The findings can be found online in the Journal of Food Science.