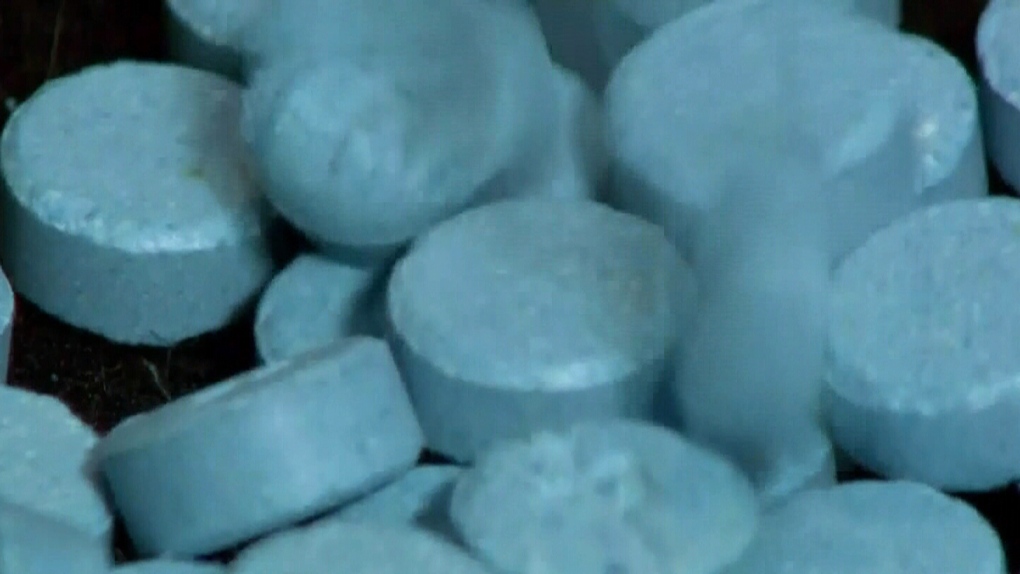 VANCOUVER -- Ed Thompson remembers the helplessness he felt each of the thousands of times his twin daughters would turn blue and go lifeless in his arms.

The young girls suffered from acute breath-holding spells, an involuntary condition that causes children to pass out, in their case up to 40 times a day.

The girls' conditions eventually improved, but the experience compounded earlier trauma Thompson had witnessed as a firefighter in South Carolina, sending him into a spiral of post-traumatic stress, substance abuse and thoughts of suicide.

That all changed in 2015 after Thompson enrolled in an experimental psychotherapy trial that used clinical-grade MDMA, also known as the party drug ecstasy, to treat patients suffering from severe cases of post-traumatic stress disorder.

Thompson said the experience saved his life and kept his family together.

Now, researchers across North America, including British Columbia, are gearing up for the third and final stage of trials ahead of plans to legalize psychedelic-assisted psychotherapy in Canada and the United States by 2021.

Vancouver is one of 16 locations in the United States, Canada and Israel where clinicians hope to demonstrate that a drug historically associated with gurus and raves can revolutionize psychotherapy and trauma treatment.

The B.C. Centre on Substance Use will conduct the Vancouver trials as part of a larger research project overseen by the Multidisciplinary Association for Psychedelic Studies, or MAPS, a non-profit pharmaceutical company based in California. Talks are also underway for a Montreal facility to participate.

"We hope to prove that MDMA-assisted psychotherapy is the most effective treatment for PTSD that exists on the planet," said Mark Haden, a public health professor at the University of British Columbia. Haden founded the Canadian wing of MAPS and helped organize stage two of the organization's research trials in Vancouver.

Traditional PTSD treatment focuses on desensitization, which is painful and can last years, or even a lifetime, Haden said, adding that only about 10 to 15 per cent of people successfully recover and the drop-out rate is high.

MDMA-assisted psychotherapy, however, lasts fewer than four months and preliminary studies show two thirds of participants remained free of PTSD one year after treatment, he said.

The experimental trials have been so successful, the U.S. Food and Drug Administration, which overseas the approval and regulation of pharmaceutical drugs, has labelled it a "breakthrough therapy" for PTSD treatment.

Researchers believe the psychedelic drug's effectiveness is partly due to its ability to dispel a participant's fear and to boost what Haden called the therapeutic alliance.

"The alliance between the therapist and the subject is ... the greatest predictor of success," Haden said, describing MDMA as an empathogen. "MDMA really, really, really increases bonding between people."

The therapy involves three psychedelic-assisted psychotherapy sessions lasting eight hours each, as well as 12 therapy sessions without MDMA, which all take place over a three-and-a-half-month period.

Thompson, who participated in the stage two trials, said the drug allowed him to trust his therapists and open up in a way he could not before.

"It wasn't a party drug. There was no party," he said, as he described laying on a futon and wearing eye shades for most of the experience. "It wasn't trippy. I didn't see things. I didn't have some miraculous spiritual experience. I didn't get the urge to get up and dance.

"For the first time in years ΓÇª I was able to open up and talk painlessly," he said. "The fear, the barriers were removed and I was able to talk to these people."

Rick Doblin, who founded MAPS in 1986, said one reason so little effort has been put into researching the therapeutic benefits of psychedelics is that pharmaceutical companies don't stand to profit from studying compounds that are already in the public domain and cannot be patented.

Phase three will cost $26 million and involve up to 150 study participants. It aims to demonstrate that results obtained in the trial's second stage are applicable on a larger scale.

Doblin said the FDA has agreed to approve the therapy if stage three studies show the drug is effective and there are no safety issues.

Health Canada gave the green light for the latest round of trials, and discussions are slated to begin in February over what the department will need to see in order to approve the treatment.

Erika Dyck, a medical historian at the University of Saskatchewan, said a resurgence of interest in exploring the medical usefulness of historically maligned drugs may be linked with the ineffectiveness of current treatments and how desperate society is to find therapies that work.

Canada was active in psychedelic research prior to the war on drugs, she said, adding Saskatchewan-based psychiatrist Humphry Osmond coined the term "psychedelic" in the mid-1950s while corresponding with celebrated dystopian author Aldous Huxley.