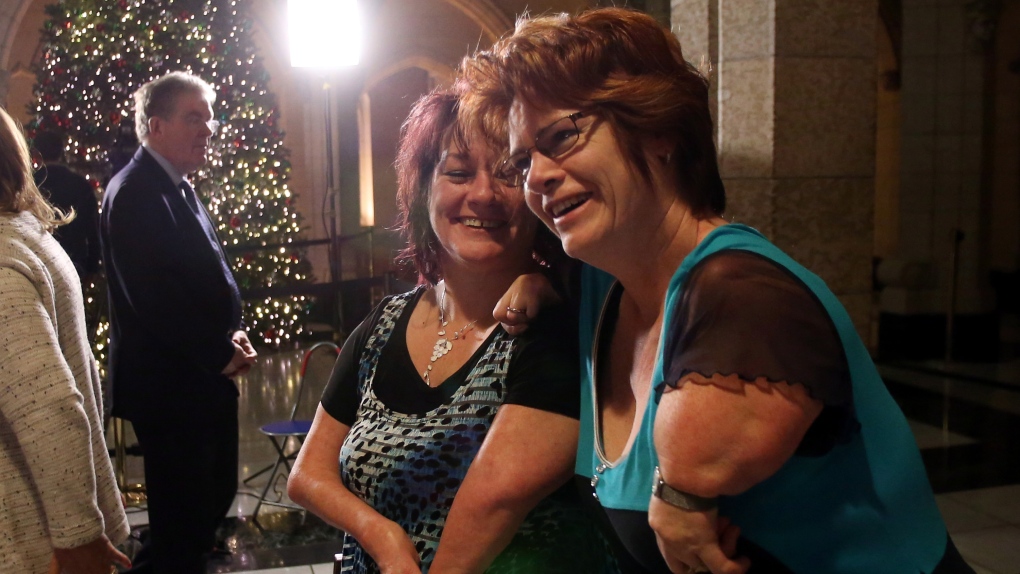 OTTAWA -- The federal NDP chastised the Conservative government on Monday for missing a deadline to provide funding to 95 thalidomide victims.

The Thalidomide Victims Association of Canada had given the government until Monday to announce a funding package. But Health Minister Rona Ambrose told the group that it will take more time to determine how best to help them.

"Thalidomide survivors just do not have the luxury of time," NDP MP Murray Rankin told the House of Commons during the daily question period.

"They have been suffering from their disabilities for their whole lives. The Canadian government told their mothers that thalidomide was safe. That means we have a moral responsibility to provide them with support now."

Eve Adams, parliamentary secretary to Ambrose, responded that the government "will be able to make an announcement shortly."

Mercedes Benegbi, a thalidomide survivor and executive director of the association, was on Parliament Hill to push for action. NDP leader Tom Mulcair greeted her in the foyer outside the House following the daily question period.

Ambrose's office says senior Health Canada officials have been working around the clock and remain committed to a funding package.

The association says it's still optimistic that Ottawa will come up with a proposal that will fully support thalidomide survivors.

People affected by thalidomide are dealing with missing and malformed limbs, deafness, blindness, disfigurement and other disabilities a half-century after the drug was prescribed to their pregnant mothers.

The Conservatives supported an opposition motion in the Commons late last year that would extend full support to the survivors.