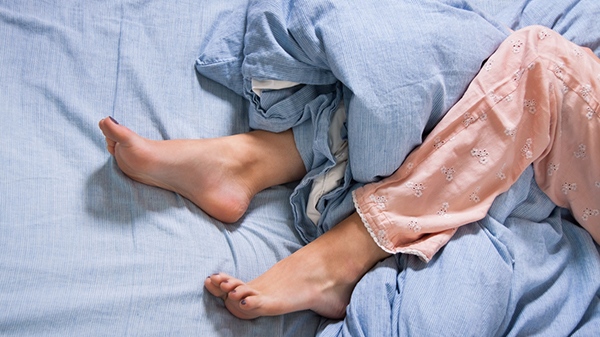 New research has found that for women, restless leg syndrome could be a novel risk factor for death from cardiovascular disease. (Yulia-Images / Istock.com)

New U.S. research has found that women who suffer from restless leg syndrome (RLS) could also have a higher risk of death from cardiovascular disease (CVD).

Carried out by researchers from Penn State, the study looked at 57,417 women with an average age of 67 who were enrolled in the Nurses' Health Study, which looks at the long-term effects of nutrition, hormones, environment, and nurses' work life on health.

Every two years from 2002 until 2012, participants completed a questionnaire that asked about RLS and other medical and lifestyle factors.

After examining the causes of the 6,448 deaths that occurred during the ten-year study, the team found that those with RLS had a significantly higher risk of dying (43 per cent) from CVD when compared to those without RLS.

As it is already known that those with RLS are more likely to have other diseases or conditions such as obesity or high blood pressure, which are also associated with CVD-related death, it can be difficult for researchers to determine if mortality is due to RLS or one of the other conditions.

The researchers did not find a significant association between RLS and mortality due to cancer and other causes.

Gao added that further research is now needed to examine whether treatment for RLS could improve health outcomes.

The results can be found published online in Neurology, the medical journal of the American Academy of Neurology.