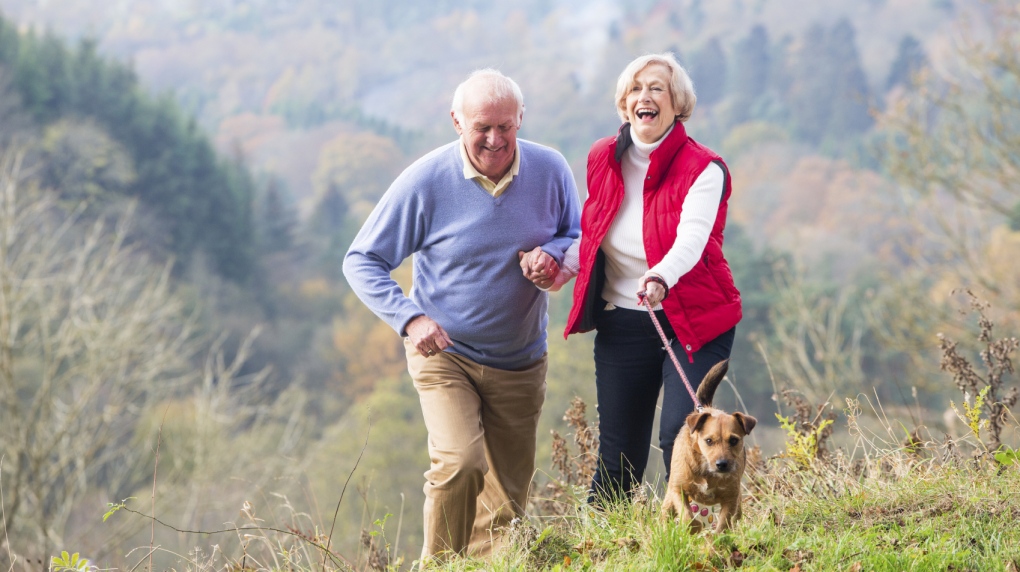 A few hours a week of light exercise -- walking the dog, puttering about in the garden -- lower the risk of death in older men. (SolStock/Istock.com)

A few hours a week of light exercise -- walking the dog, puttering about in the garden -- lower the risk of death in older men, even if workouts are brief, researchers said Tuesday.

Their findings, reported in the British Journal of Sports Medicine, challenge two long-held assumptions about the benefits of physical activity for the elderly.

To improve health and reduce the risk of dying, according to many national health authorities, workouts must be strenuous and more long-lasting.

In Britain, for example, the elderly are advised to do moderate-to-intense exercise at least 150 minutes per week, divied up into segments of no less than 10 minutes.

"When those guidelines were written there wasn't enough evidence to make a recommendation."

The study, which tracked 1,200 men without heart disease in their early 70s and late 80s, says such guidelines should be revised.

"The results suggest that all activities -- no matter how modest -- are beneficial," Jefferis said.

Only 16 per cent of the volunteers lived up to current British exercise guidelines in sessions of at least 10 minutes. Two-thirds, however, did hit the weekly, 150-minute quota in shorter snippets of activity.

The research drew on data from the British Regional Heart Study, which began in 1978 with nearly 8,000 participants aged 40 to 59 from a couple dozen towns scattered across Britain.

In 2012, the 3,137 men still living underwent a physical check-up, and answered questions about their lifestyle and sleeping patterns.

The study focused on 1,181 participants who wore an accelerometer -- a device that tracks the volume and intensity of physical exercise -- for seven days.

"The availability of body-worn activity monitors has enabled us to investigate whether light activity is linked to longevity," said Jefferis.

The men, who averaged 78 years old, were monitored for five years, during which time 194 of them died.

The study showed that each additional 30 minutes-a-day of light-intensity exercise was associated with a 17 per cent reduction in the risk of death.

As expected, a half-an-hour of moderate-to-vigorous activity reduced the risk by even more -- 33 per cent.

What counted, however, was the total time spent exercising, not how the time was divided up.

The men who engaged in brief, sporadic bouts of moderately intense activity -- mowing the lawn, swimming, walking briskly -- were as likely to avoid the grim reaper as men whose exercise time was parcelled into longer sessions.

For both groups, the chance of dying was 40 per cent lower compared to full-time couch potatoes who hardly moved at all.

The authors cautioned that the structure of the study -- the fact that it was observational, and not a clinical trial -- made it impossible to describe the results in terms of cause-and-effect.

And in the comparison between older men who exercise -- sporadically or regularly -- and those who don't, the fact that the participants who volunteers to wear accelerometers were in better health to begin with may have somewhat skewed the results.

It was also not clear whether the findings would apply to older women, though Jefferis said there was little reason to think they don't.

"We didn't have the necessary data for women," she said.