Can a workout help boost learning? 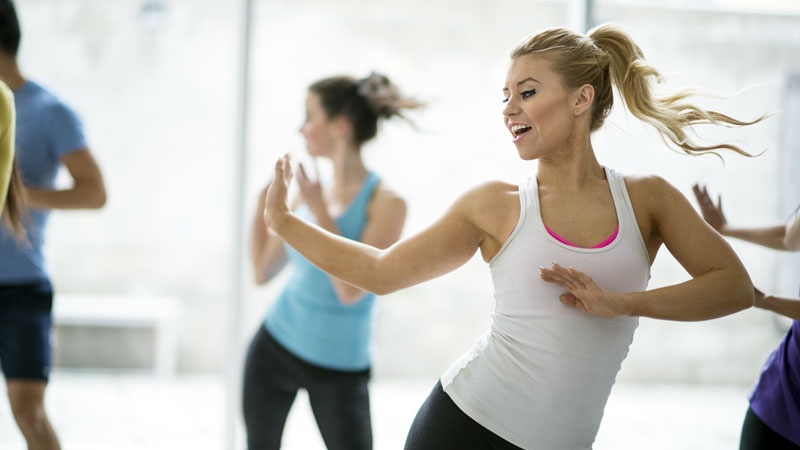 New Australian research has found that exercise could help us remember information, adding to the growing body of evidence that working out could be a useful tool for learning.

A team at the  University of New South Wales recruited 265 participants and asked them to perform either five minutes of low-impact step aerobics after learning. or no exercise after learning.

In three out of four experiments, the participants learned which male names paired with male faces. The participants were then tested on what they had been shown and were asked to try and remember which name paired with which face.

Although the strength of the effect of exercise varied between experiments, the team found that the women who did step exercise after learning remembered the material better than those who did no exercise.

However, the study's first author Dr. Steven Most was surprised to find that the exercise only affected the learning of the female participants.

"Mysteriously, this effect did not emerge among men in any of the experiments," commented Dr. Most.

"It's unclear whether this is a true sex difference or whether there was something about the experiment conditions that allowed the effect to emerge among women and not men."

Dr. Most added that results might have been different if more of the faces shown to the participants were women's.

The findings suggest that schools, and potentially even nursing homes for seniors, could use exercise to boost memory and recalling information, with Dr Most commenting that, "The effect came into play only after participants had studied the material, meaning that it retroactively boosted learning of the material."

"Some schools are under pressure to cut back on recess in order to increase time in the classroom, but it may be that encouraging physical activity breaks at several points during the day can actually help with the retention of classroom learning."

However as the mean age of the participants was 20 years Dr. Most says at the moment the results cannot be generalized to other populations such as school students or the elderly, adding that, "More research needs to be conducted to conclude that with certainty. There is also scope for further study to understand how much exercise is optimal, how long before or after learning is most effective, and who benefits most."

The findings can be found published online in the journal Cognitive Research: Principles and Implications.