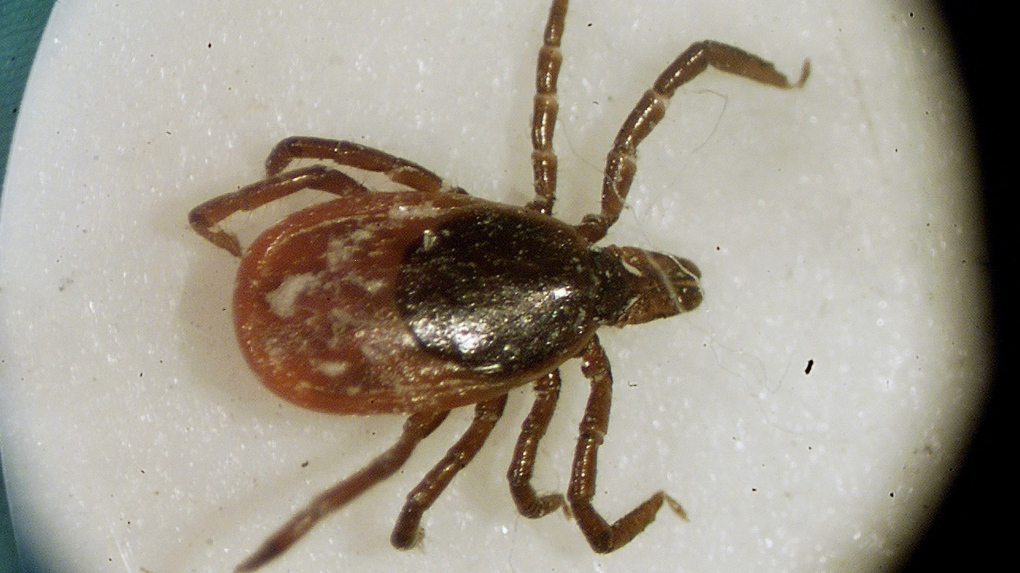 A deer tick is seen under a microscope in the entomology lab at the University of Rhode Island in South Kingstown, R.I. in March 2002. (AP Photo/Victoria Arocho)

New tests for Lyme disease could allow doctors to identify the infection faster and more accurately than ever before, according to research published Thursday in the medical journal Clinical Infectious Diseases.

Lyme disease causes most people to experience mild flu-like symptoms between three and 30 days after being bitten by an infected blacklegged tick, according to Health Canada. A bulls-eye-shaped rash is often a tell-tale sign of the infection.

If left untreated, the disease can cause a host of more severe outcomes including facial paralysis, heart disorders, neurological conditions like confusion, memory loss and nerve pain. In rare cases, Lyme disease can be fatal.

“New tests are at hand that offer more accurate, less ambiguous test results that can yield actionable results in a timely fashion,” Steven Schutzer, a physician-scientist at Rutgers New Jersey Medical School and senior author of the study, said in a release. “Improved tests will allow for earlier diagnosis which should improve patient outcomes.”

Health Canada figures show reported cases have surged from 144 in 2009 to 987 in 2016. Approximately 30,000 cases are reported annually in the U.S., according to an estimate from the U.S. Centers for Disease Control and Prevention.

Schutzer worked with researchers from Rutgers University, Harvard University, Yale University, as well as other academic institutions and public health agencies. They found that cases of Lyme disease are increasingly being reported beyond the summer months, spreading to new regions of the continent, as well as rising in overall frequency.

In the U.S., the Food and Drug Administration-approved Lyme disease tests are based on technology developed more than two decades ago that works by detecting the antibodies the immune system produces in response to the disease.

The problem, the researchers note, is that many people produce similar “cross-reactive” antibodies in response to other bacteria not associated with Lyme disease, which confuses the results.

“The participants noted that there are greatly improved diagnostic tests for Lyme disease that can be implemented now, and that the way is open to the development of further tests,” she said in the release.