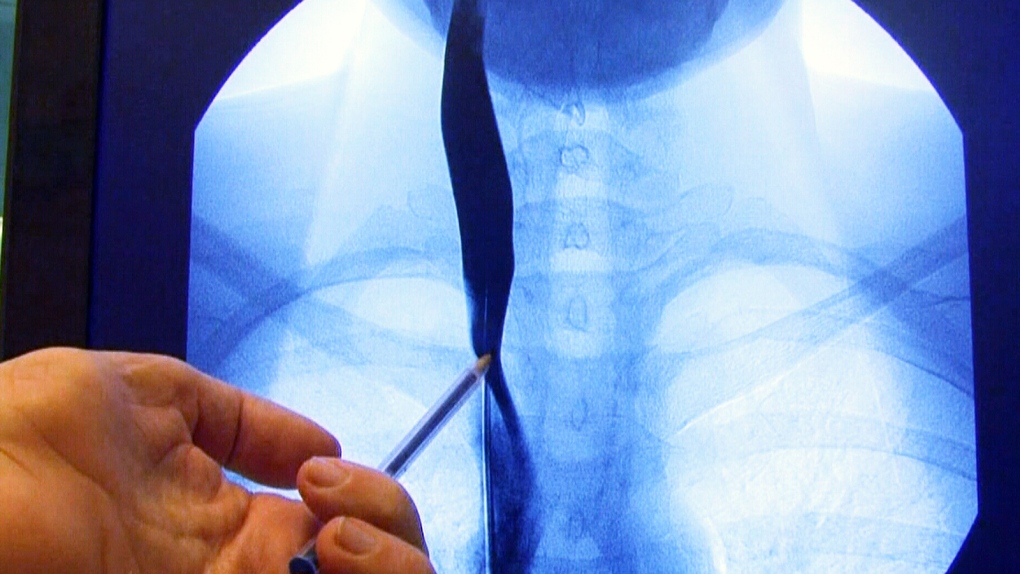 A new study suggests that a highly controversial treatment for multiple sclerosis may in fact reduce headaches in patients.

In a study published in PLOS on Tuesday, researchers in the U.K. and Italy treated 286 MS patients who had signs of obstruction in their internal jugular veins and blockages that led to poor outflow of blood from the brain. Patients complained of chronic migraines and fatigue, both common symptoms of multiple sclerosis.

All patients were treated with angioplasty, a procedure that uses a balloon to open jugular veins to improve blood drainage.

Scientists report they saw a "large and sustained reduction" in the migraine disability test score, as blood flow through the internal jugular veins was restored.

“The results were loud and clear," said study co-author Clive Beggs, a professor of physiology at Leeds Beckett University in the U.K.

"It fits with the idea that migraines are related to elevated blood pressure in the veins of the brain," he told CTV News.

The study also found that while many patients initially reported less fatigue after the angioplasty, that effect wasn't sustained, with only 20 per cent reporting a reduction in this symptom after 3.5 years.

Still, Beggs said the fact the improvement persisted "suggests it is not a placebo effect after this many years.”

He also said the finding may shed light on the cause of migraines in patients not diagnosed with MS. Migraines are the third most common prevalent disorder in the world.

"It opens the door to further research that has the potential to improve the quality of life of the many millions of patients who currently suffer from headache with little relief,” Pierfrancesco Veroux, professor of vascular surgery at the University of Catania and leader of the research team, said in a news release.

However, the theory linking blood flow and MS was discredited last fall, when a study published in the Journal of the American Medical Association said that angioplasty offered to 115 patients with MS didn't lead to improvements and "cannot be recommended for patients with relapsing remitting multiple sclerosis."

The lead author of the initial study that suggested a link between blood flow and MS was Italian vascular surgeon Dr. Paolo Zamboni, who proposed the theory in 2009.

Most in the MS community saw the JAMA study that discredited Dr. Zamboni’s theory as the final "nail in the coffin" for the idea that blood flow was linked to MS.

Beggs says that his study suggest a different story when it comes to MS and headaches.