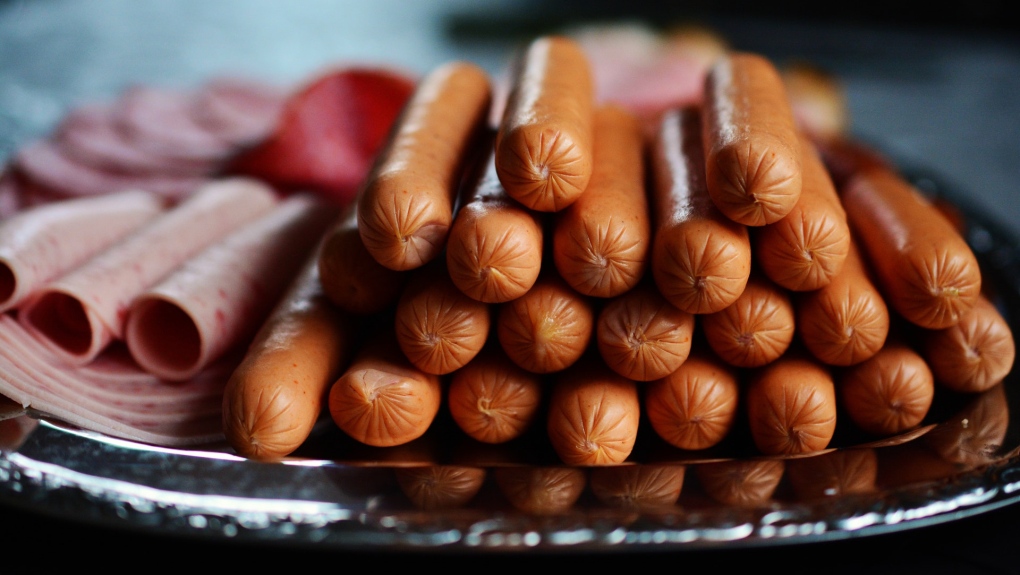 People who have been hospitalized for mania are much more likely to have eaten nitrate-infused meats than the general public, according to a new study.

The study from Johns Hopkins Medicine found that people who had been in hospital for mania – which can involve hyperactivity and insomnia, among other symptoms – were about 3.5 times as likely to have eaten nitrates as people who had not sought treatment for any serious psychiatric disorder.

Nitrates are chemicals typically used to cure meats. They are commonly found in processed meat products such as hot dogs, beef jerky and salami, and have been linked to some cancers and neurodegenerative diseases.

“We looked at a number of different dietary exposures and cured meat really stood out,” said Dr. Robert Yolken, the study’s lead author. “It wasn’t just that people with mania have an abnormal diet.”

After the correlation was found, experiments were conducted on rats. Rats that had nitrates added to their diets started to display signs of hyperactivity within a few weeks of consuming the nitrates. Rats given a nitrate-free jerky did not show similar changes in behavior. The amount of nitrates used in these experiments were the equivalent of a human eating one hot dog or beef jerky stick per day.

Experts are increasingly of the belief that, in addition to genetic circumstances, diet or other environmental factors may play a role in causing mental health issues. The theory, according to Johns Hopkins researchers, is that gut bacteria may be one contributing cause to mania and other brain disorders – which would mean that people with mania could reduce the frequency of their episodes by changing their diet.

The rat experiments bore this theory out, as rats who had consumed nitrates showed different patterns of gut bacteria and unique brain patterns previously linked to bipolar disorder.

“Both genetic vulnerabilities and environmental factors are likely involved in the emergency and severity of bipolar disorder and associated manic episodes,” said Seva Khambadkone, who worked on the study.

A previous study from Yolken’s group showed that mania patients are less likely to be re-hospitalized if they are given probiotics, which can affect gut bacteria.

“There’s growing evidence that germs in the intestines can influence the brain,” Yolken said.

That evidence includes a 2016 study which found that people with migraine headaches have higher levels of a bacterium that breaks down nitrates, suggesting that the bacteria may be playing a part in causing the migraines.

Also looking at possible connections between gut bacteria and mental health issues is Dr. Valerie Taylor of the Women’s College Hospital in Toronto. Taylor saw improvements in the conditions of people with severe bipolar disorder after they were given antibiotics, followed by worsening symptoms after antibiotic treatment stopped.

Taylor is now running a study which involves flushing out the gut bacteria of people with bipolar disorder and giving them fecal transplants from people known to be in good mental health, to see if it can lead to reduced symptoms and improved conditions.

The Johns Hopkins research, which involved analyzing data from 1,101 adults in the Baltimore area over a 10-year span, has been published in the journal Molecular Psychiatry.

Yolken says future studies could take a more in-depth look at the frequency and volume of nitrate consumption to help researchers understand more about any possible connection between nitrates and mania.