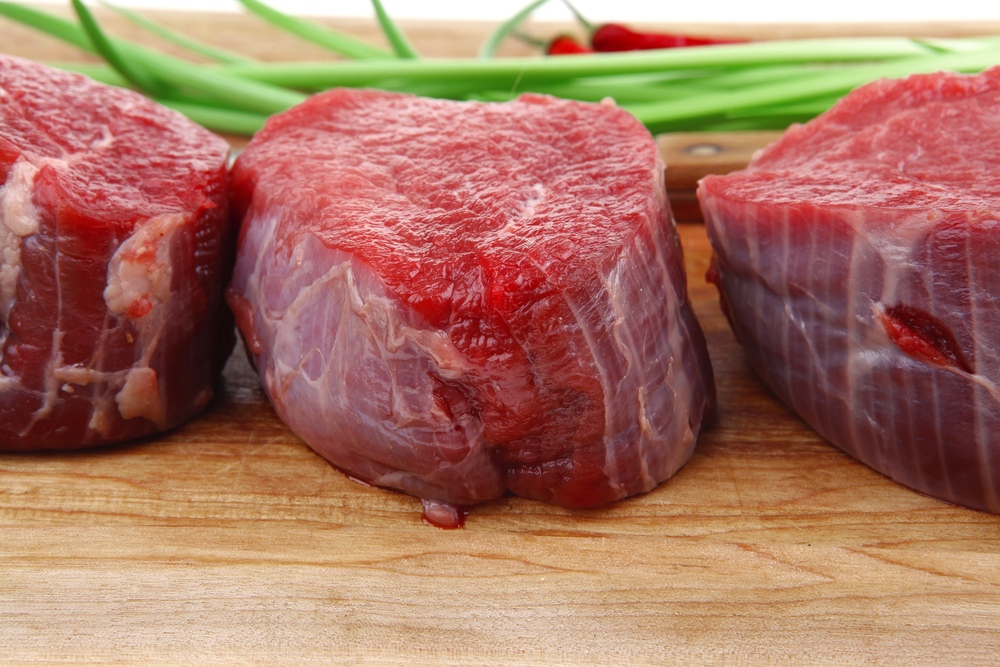 Less meat and more vegetables could be a recipe for cutting your risks for diabetes, a new French study finds. (Gregory Gerber /shutterstock.com)

A large-scale new study finds that cutting down on meat and dairy products in favor of fruits and vegetables could dramatically reduce the risk of diabetes.

Dr. Françoise Clavel-Chapelon's team at the Centre for Research in Epidemiology and Population Health in Paris found that animal products, including meat, cheese, and egg yolks, trigger stomach acids linked to the disease. Yet fruits, including acidic fruits such as lemons and oranges, reduce the stomach acids before they can cause harm to the body.

"A diet rich in animal protein may favor net acid intake, while most fruits and vegetables form alkaline precursors that neutralize the acidity," said Clavel-Chapelon.

"Contrary to what is generally believed, most fruits such as peaches, apples, pears, bananas and even lemons and oranges actually reduce dietary acid load once the body has processed them."

The study involved nearly 66,500 women (from the French center of the European Prospective Investigation into Cancer and Nutrition) over 14 years, with findings showing that those with acidic diets were more likely to develop type 2 diabetes.

Scientists gave the subjects PRAL scores, referring to the potential renal acid load in their diets, with those with scores in the top 25 per cent having a 56 per cent greater risk of getting diabetes than those in the bottom 25 per cent.

Meats can have a PRAL value as high as 13.2, cheeses 26.8, and fish 10.8. In contrast, fruits and vegetables have negative PRAL values.

The findings, announced this week, appear in the latest issue of the journal Diabetologia.