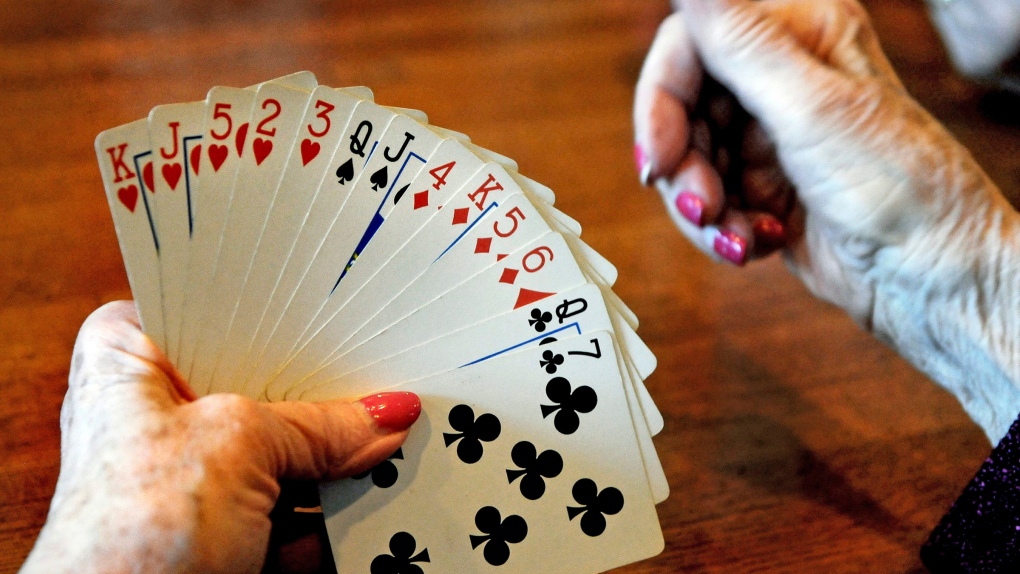 Research published on Monday, Jan. 30, 2017, shows that even in one's 70s and beyond, simple activities including web-surfing, playing bridge and socializing can stave off mental decline. (Jean Pieri/Pioneer Press via AP)

CHICAGO -- Even in your 70s and beyond, simple activities including web-surfing, playing bridge and socializing can stave off mental decline, new research says.

Benefits were greatest in computer users and in those without a gene variation linked with Alzheimer's disease. But even among seniors with that trait, mental decline that sometimes precedes dementia was less common among those who engaged in mind-stimulating activities.

The results don't apply to costly, computer-based games that purport to keep the brain sharp -- those were not studied. The benefits were found from activities that many seniors have access to.

"They don't have to spend their life savings" on fancy gadgets, said Dr. Yonas Geda, the study's senior author and a neurologist at the Mayo Clinic's Scottsdale, Arizona, campus.

The study was published Monday in the journal JAMA Neurology. The researchers noted that the statistical link they found with reduced risk does not prove the activities were responsible.

Still, said Heather Snyder of the Alzheimer's Association, the results support the idea that "being engaged mentally is good for brain health."

The study looked at five types of activities that are thought to help keep the mind sharp: computer use; making crafts; playing games including chess or bridge; going to movies or other types of socializing; and reading books. The idea was to see if these activities could help prevent mild cognitive impairment. That condition involves problems with memory, thinking and attention that don't interfere much with daily life but which increase risks for developing Alzheimer's disease and other types of dementia.

Almost 2,000 adults aged 70 to 93 without any memory problems participated. They lived in Minnesota's Olmsted County, where the Mayo Clinic in Rochester is located. They were asked whether they had engaged in any of the five activities during the previous year and if so, how often. They were tested for the condition in mental exams at the beginning and every 15 months for about four years. During that time, 456 study participants developed the mild impairment.

Analysis found a protective effect from each activity except for reading books. Study participants who engaged in any of the other activities at least once weekly were 20 per cent to 30 per cent less likely to develop the condition over the four years than those who never did those activities.