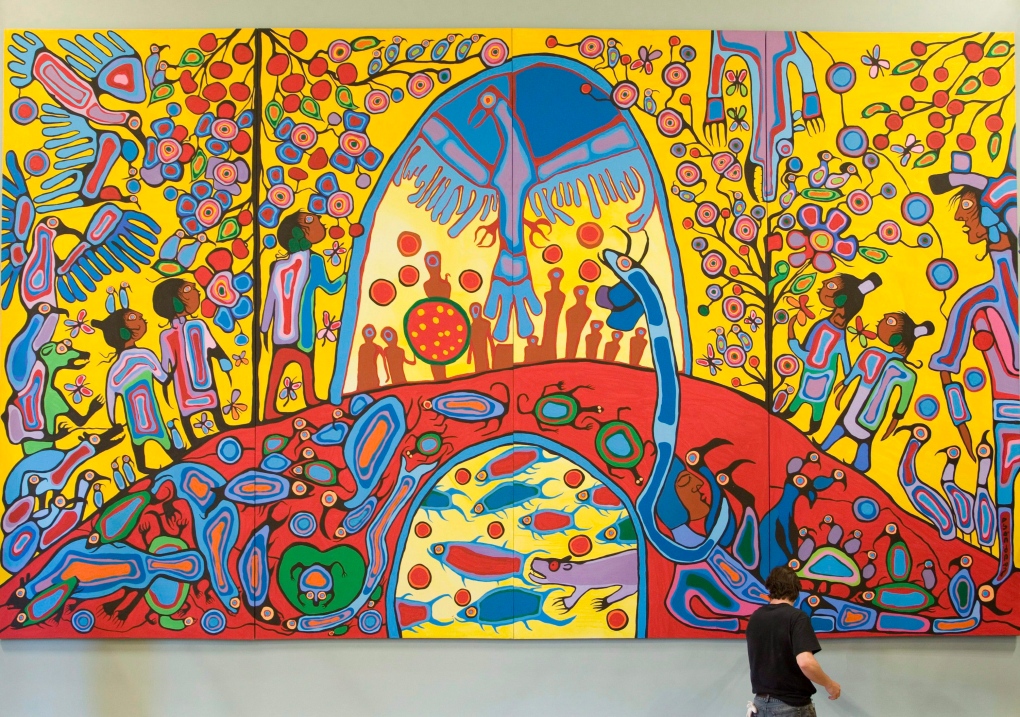 A new study shows that analyzing paintings could help with early detection of neurodegenerative disorders like Alzheimer’s.

A team of researchers from University of Liverpool analyzed famous artists’ paintings and found that the patterns of artists who suffered from a neurodegenerative disease changed significantly in comparison to those who didn’t. 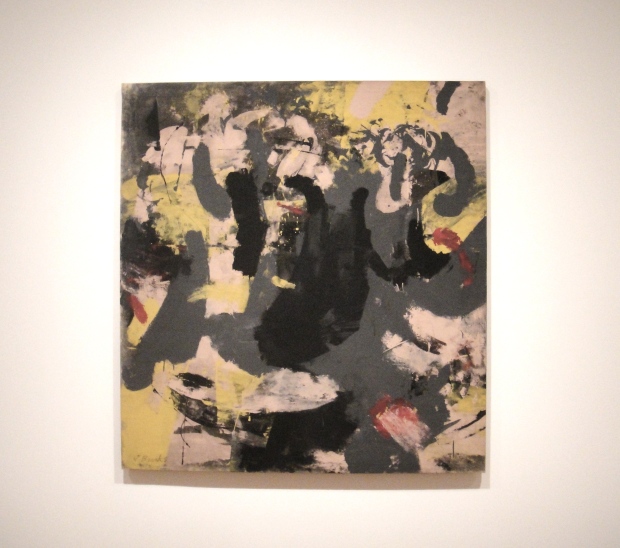 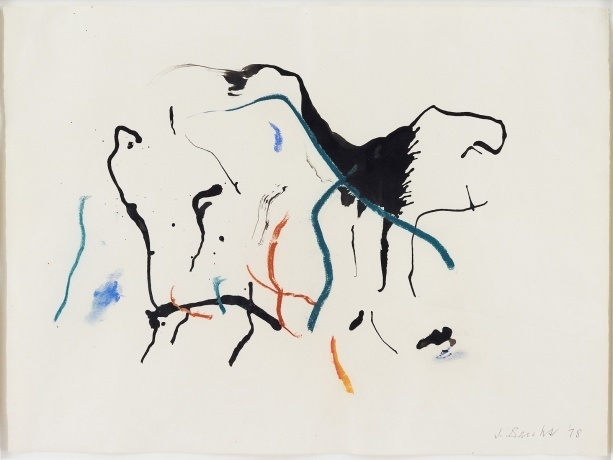 The study also suggests that the brushstrokes were changing before the artists were even aware.

“Commonly we think the first signs and symptoms are memory loss, but this suggests that other things could be happening very subtly that could be early indicators of a neurological problem,” lead author Alex Forsyth told CTVNews.ca in a telephone interview.

Four of the artists suffered from neurodegenerative disorders, like Parkinson’s disease (Dali and Morrisseau) and Alzheimer’s disease (Brooks and De Kooning), while the remaining three artists didn’t.

The brushstrokes of each painting were analyzed using a mathematical process known as fractal analysis. Fractal analysis is often used to authenticate major works of art. It measures complex geometric patterns and looks at how often that shape self-replicates and to what size.

While the painting style of the artists might change, their “fractals” should remain relatively constant.

The study showed that artists who suffered from a neurodegenerative disorder had clear changes in the fractal dimensions of their paintings, compared to those who aged normally.

“Artists have a normal range, and even if they change genre changes, this ‘fractal footprint’ stays within a normal range. What we found in artists with Parkinson’s disease is they started to increase their fractal dimensions. With the Alzheimer’s the pattern is a decline from mid-life,” said Forsythe. 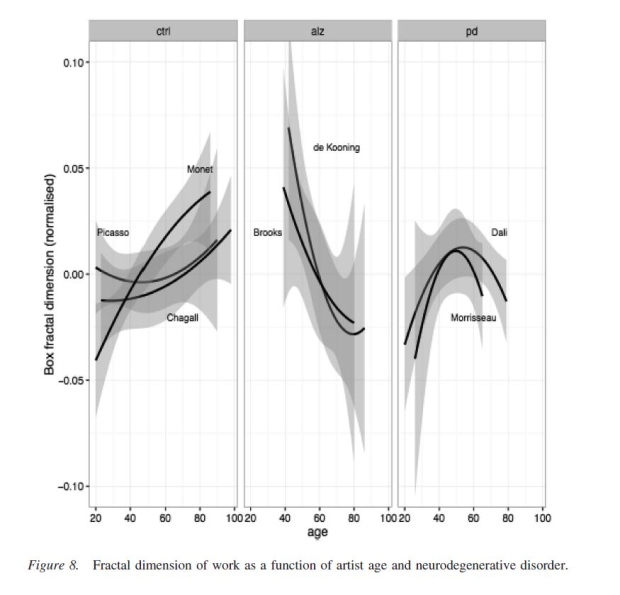 More than 500,000 Canadians are currently living with dementia, including Alzheimer’s, and that number is expected to rise to more than 900,000 in 15 years, according to Alzheimer’s Society Canada.

A further 99,000 Canadians are living with Parkinson’s disease in 2016 and that number is expected to increase by 65 per cent by 2031, according to the Parkinson’s Society.

Alzheimer’s Society of Canada scientific advisor, Larry Chambers, told CTVNews.ca in a phone interview that doctors typically look for general signs of confusion and an inability to function independently in their day-to-day life to diagnose disorders like Alzheimer’s.

While Chambers thinks the technology used in the study is interesting, he doesn’t see fractal analysis making it into clinics.

“First, the study is done with seven people. So that starts to be a bit speculative,” he said. “These seven people also came from a select group of people in the population.”

Artists in general are a small proportion of the population, let alone world famous artists, so the technique becomes difficult to use with the general population.

He added: “Any specific psychological test may turn up different aspects [of the disease] but the brain is plastic, so if there is difficulty with one kind of task the brain will accommodate and take care of it or we as individuals will adapt to that.”

Chambers also pointed out that the technology would potentially be limited to people who can actually paint and draw.

Forsythe isn’t disagreeing. “I don’t think we can use this as a diagnostic tool,” she said. “For one thing it’s very time consuming and you’d have to have a catalogue of everybody’s art.”

While finding an early sign that could help diagnose a disease sooner is always an ambition of Frosythe’s, “it’s really about helping scientist learn what is happening in the brain,” she told CTVNews.ca

Forsythe’s next focus is to look at how someone’s preference might change over time and see if there are any indicators for neurological diseases there.