'Forever chemicals' may be found in some fast food wrappers, report finds 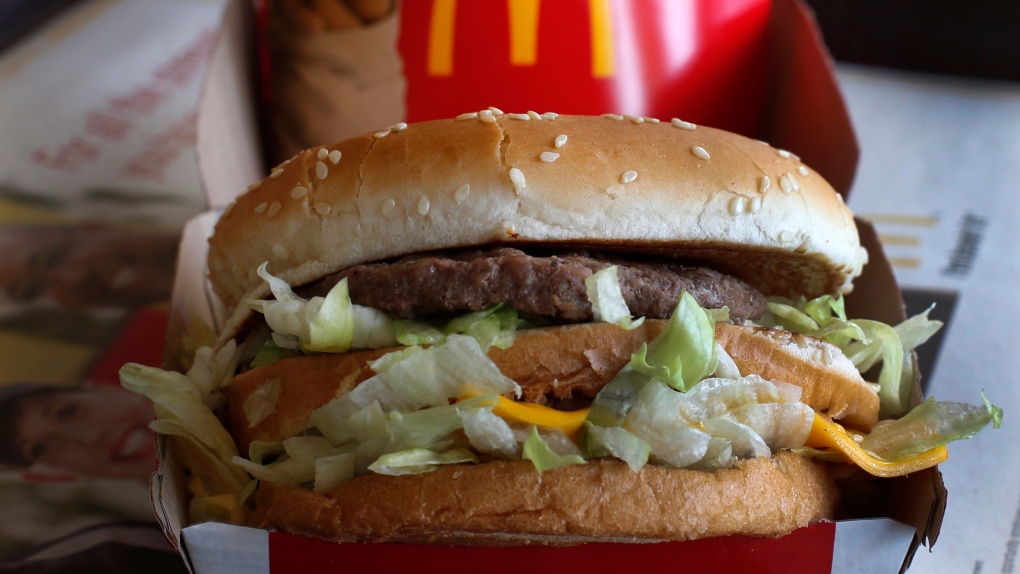 EDMONTON -- Nearly half of all take-out food packaging tested from several major fast food chains including McDonalds, Burger King and Wendy’s, contain toxic “forever chemicals” that may pose health risks, according to a new report.

However, in a statement to CTVNews.ca, a Wendy’s spokesperson noted that the products tested as part of the study are not sold in Canada.​

“Even the most seemingly harmless type of waste from take-out and fast food contains alarming levels of chemicals that are toxic and don’t break down in the environment,” Muhannad Malas, toxics program manager at Environmental Defence, told CTVNews.ca by phone Thursday.

The study, conducted in partnership with environmental advocacy groups Toxic-Free Future and Mind the Store, found that paper bags and molded fiber bowls and trays were most frequently found to potentially contain PFAS.

However, not all of the tested wrappings contained these dangerous chemicals. Paper cartons or clamshells for French fries and fried chicken pieces sold at McDonald’s, Burger King and Wendy’s tested below the screening level.

Samples were collected at food chains around New York City, Seattle, Wa., and Washington, D.C. in January 2020 and were analyzed in February 2020 at an independent lab. No Canadian samples were taken as part of the study.​

In a statement to CTVNews.ca, Freshii confirmed it is in the final stages of transitioning its pulp bowls to a version that is fully PFAS-free.

“Freshii intends to roll out these PFAS-free bowls in the early part of 2021, if not before,” a company spokesperson told CTVNews.ca by email.

A spokesperson for Restaurant Brands International, which represents Burger King in Canada, also said the burger chain is working to remove PFAS from its packaging.

“We are looking forward to extending our safe ingredients policy to include the removal of the short-term PFAS recently identified by the FDA,” read a statement sent by email.

“We will work with our suppliers to remove them from all packaging by or, where feasible, earlier than the three years recommended by the FDA.”

McDonald’s Global issued a statement to CTVNews.ca Thursday afternoon stating, “We’ve eliminated significant subset classes of PFASs from McDonald’s food packaging across the world. We know there is more progress to be made across the industry and we are exploring opportunities with our supplier partners to go further.”

PFAS chemicals are made up of a chain of linked carbon and fluorine atoms used to make common household items such as non-stick cookware, clothing, and furniture water or fire resistant.

The chemicals, known as “forever chemicals” because they do not break down in the environment, are used to make food packaging resistant to stains, water and grease.

“What the science is showing is that the harms that PFAS present to human health and the environment far outweigh those benefits,” Malas said.

“When it comes to food packaging, this is really a low hanging fruit because the benefit of adding a grease proof coating to the paper or salad bowl isn’t worth it at all. We know there are alternatives out there that work just as well.”

Previous studies have suggested that unlike other common contaminants which pass through the human body quickly, PFAS can linger for years, meaning that regular fast food consumption may mean increased exposure.

An October 2019 study published in the journal Environmental Health Perspectives, looked at levels of PFAS in people who ate fast food versus those who ate home cooked meals.

Researchers looked at PFAS in blood samples collected from more than 10,000 people from 2003 to 2014 and found five commonly used types of PFAS in the blood of around 70 percent of those surveyed.