For some, a DNA test produces only uncertainty about health 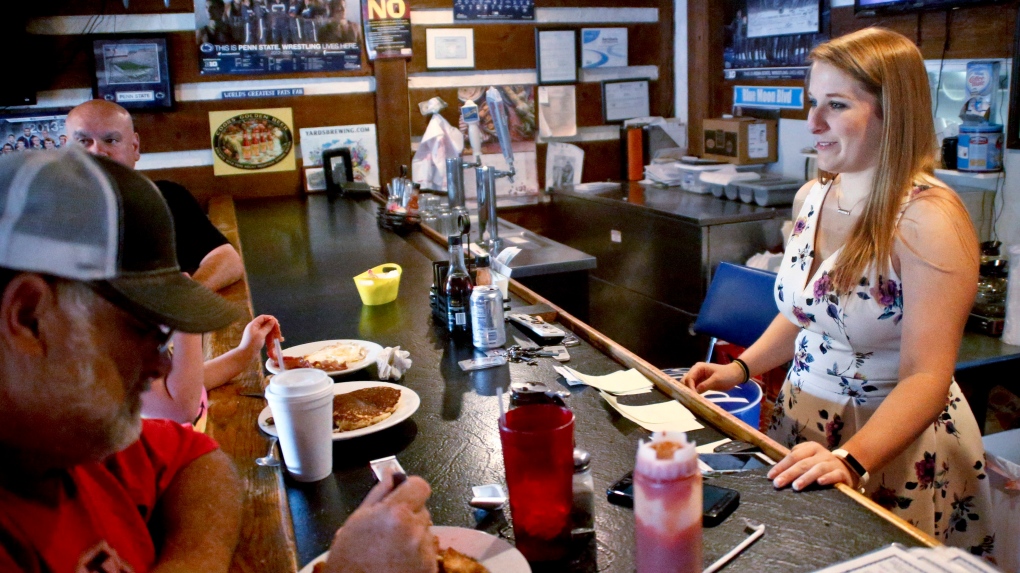 NEW YORK -- Last year, Katie Burns got a phone call that shows what can happen in medicine when information runs ahead of knowledge.

Burns learned that a genetic test of her fetus had turned up an abnormality. It appeared in a gene that, when it fails to work properly, causes heart defects, mental disability and other problems. But nobody knew whether the specific abnormality detected by the test would cause trouble.

"I was pretty distraught," says Burns, a photographer in Charlotte, North Carolina. "I had a baby who was kicking. I could feel him moving inside of me. But at the same time I had this ache in my chest. What was his life going to be for him?"

It took two months to get more reliable information, and Burns says she wasn't really sure of the answer until after she gave birth in October to a healthy boy.

Her experience is a glimpse into a surprising paradox of modern-day genetics: Scientists have made huge leaps in rapidly decoding people's DNA, but they sometimes don't know what their findings mean. They can even get fooled.

That can come to a head when medical professionals have people tested for genetic variants that cause or promote a disease, usually because they show symptoms or an illness runs in their family. The testing often focuses on relatively rare disorders, caused by a single gene.

Medicine is getting into genetic testing in a big way. One recent estimate found nearly 75,000 health-related DNA tests being marketed by American labs to health care providers, mostly for single-gene disorders, with the total growing rapidly. And this year, the Pennsylvania-based Geisinger health system began offering free genetic testing to its patients as a standard part of its disease prevention efforts, along with things like mammograms and cholesterol checks.

Americans are interested in what their genes say about their health. Poll results released Thursday by The Associated Press-NORC Center for Public Affairs Research found that 60 per cent would want to know if they carried a variant associated with even an incurable disease.

But DNA test results can be puzzling. Katie Burns' fetus had what experts call a "variant of uncertain significance," or a VUS. Many are known: One standard database contains almost 193,000 variants categorized as a VUS, more than twice the number of listed variants known to cause disease.

Each variant may be seen in only one or a handful of patients. But as a group, many thousands of them are being reported to patients, said Heidi Rehm of Boston's Massachusetts General Hospital and the Broad Institute in Cambridge, Massachusetts.

The rates vary by disease. In seeking genes to explain a patient's hearing loss, for example, around half of tests will find only a VUS, she said. A child with symptoms that suggest developmental delay or a related disorder might get a test that examines 200 genes, she said. With such a wide net cast, the chances of a VUS are nearly 100 per cent, she said.

That can cause more than worry, said Otis Brawley, chief medical and scientific officer for the American Cancer Society. He tells of women who got breasts removed after learning they had a VUS in a gene linked to breast cancer -- only to learn years later that further research showed the variants were harmless.

How can this be? How can scientists not know whether a DNA abnormality is dangerous?

To understand that, it helps to know a bit about DNA.

In each of us, the genetic code is like a text with 3 billion letters. Some of those letters spell words -- genes -- that carry out specific jobs. If a gene has one or more letters that aren't the ones found in the generic "spelling" of human DNA, they are called variants.

Some variants lead to disease. But each of us carries many variants, and most are harmless. You can't tell their effect just by looking at them. And just because a variant is rare, that doesn't mean it's harmful.

Scientists do have ways to determine if a variant is risky or not, but they often don't have enough information to make the call. That's what happened to Katie Burns.

She had the genetic test done because of an unusual finding on a fetal ultrasound scan. The VUS prompted her genetic counsellor to suggest testing both her and her husband to see if they had the variant. The counsellor also brought up the possibility of an abortion.

"Termination was off the table," Burns said.

Instead, Burns scoured the internet. In a searchable database of genetic variants called Clinvar, she saw that Rehm's laboratory had encountered the variant found in her fetus, and classified it as a VUS.

Burns contacted Rehm, who provided some reassurance. In the years since the 2013 classification as VUS, the variant had turned up in three members of the general public, and Rehm told Burns she suspected that either she or her husband would be found to have the variant. That would give further evidence that it's harmless.

When Burns later learned that the variant appeared in her healthy husband, "a lot of stress kind of eased off."

And in October, her son was born without any trace of the disease.

So how should a person react to a VUS? Genetic counsellors say it should be considered along with the person's other medical information, but not used as the sole reason for a major decision like breast removal.

That message has not gotten through to some doctors, said Dr. Allison Kurian of Stanford University. She recently surveyed surgeons about tests that examined the BRCA1 and BRCA2 genes, in which certain mutations can greatly increase the risk of breast cancer. Many surgeons said they'd treat a patient with a VUS the same way as if she had a known disease-promoting mutation.

"That is not a correct recommendation," Kurian said. "Those two things are different. ... We need to have expert genetic counselling more closely integrated into the care of breast cancer patients."

Kendra Snyder, of Newton Hamilton, Pennsylvania, recalls being told by her genetic counsellor "just to live your normal life" after VUS results this year. She had taken the test because of a heart condition.

"I was a little upset," she said. "I was hoping I'd have more conclusive answers as to why my heart is like this."

But upon reflection, she said, she realized she shouldn't stress over it, because doing so would reduce her quality of life. As for the VUS finding, "it's there, but I'm not really panicking and thinking much about it."

As scientists find more people with a VUS and carry out lab studies, they hope to distinguish the truly risky ones from those that are harmless. With large population databases that have recently become available, they can determine if a VUS is more common in the general population than the rare disease it might cause -- a sign that it's harmless. And combining results from different test labs, such as those submitting information to the Clinvar database, can help.

Meanwhile, any worried parent who consults Clinvar about the genetic variant found in Katie Burns' baby will find a bit of comfort.

In November, after hearing the good news from the Burns family, Rehm updated the database to note that her lab no longer considered it a VUS.