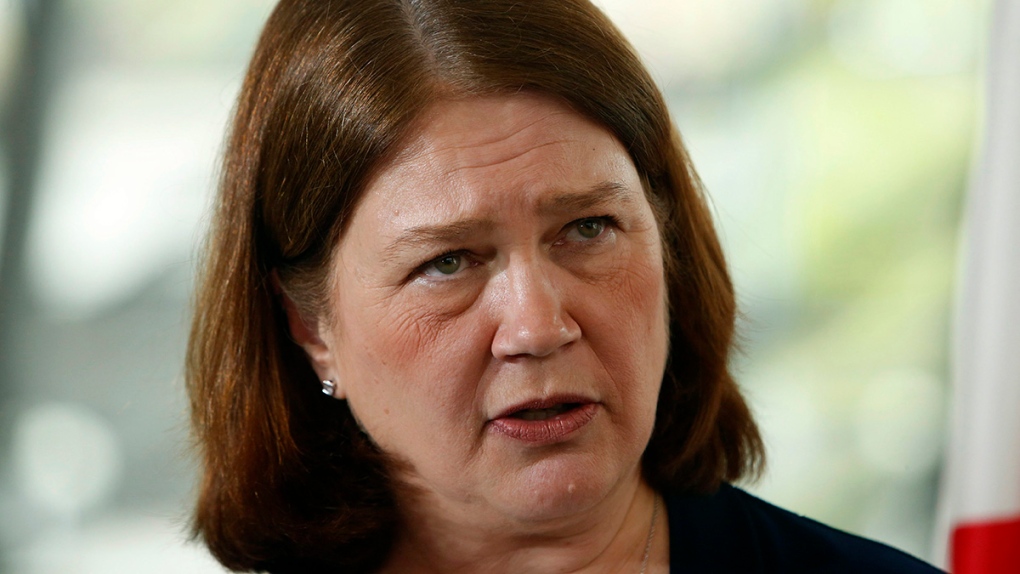 Minister Jane Philpott delivers a speech to the Economic Club of Canada in Ottawa on Tuesday, May 16, 2017. (Fred Chartrand / THE CANADIAN PRESS)

OTTAWA -- Health Minister Jane Philpott pledged action Tuesday to bring down "unacceptably high drug costs" as she announced consultations on a suite of proposed regulatory changes related to a drug prices board designed to protect consumers.

The Patented Medicine Prices Review Board -- first created 30 years ago to ensure companies do not use monopolies to charge excessive costs -- is now limited in its ability to protect consumers from high drug prices, Philpott said during lunchtime remarks hosted by the Economic Club of Canada.

"These consultations will help better equip the board to protect Canadians from excessive drug prices," she said.

The review board benchmarks Canadian prices against seven other countries, Philpott said, noting the countries used in the comparisons have some of the highest prices in the world, including the United States, where patented drugs cost twice as much as in Canada.

"If a new drug does not offer real health improvements, or is only slightly more effective than an existing treatment, is it fair for that drug to cost two or three times as much?" she asked.

It is the first time in more than 20 years the regulations will be substantially updated, Philpott added, noting the online consultations will run until June 28.

Dr. Mitchell Levine, the board's vice chair, welcomed the minister's decision in a statement on Tuesday, suggesting it would help reduce the cost of prescription drugs.

Steve Morgan, a professor at the University of British's Columbia School of Population and Public Health, said Tuesday the consultation period allotted by the federal government is fairly short, indicating the minister is making it clear she wants to see regulatory reforms right away.

"If the outcome of that process is a set of regulations that come up with a creative way to make sure that there is at least a minimum protection . . . and the Canadian health-care system is being protected against price gouging, then we'll be in a good position," Morgan said in an interview.

Most drug plans can do a reasonable job at maintaining costs at a level that represents value for money, he added, saying the situation could be improved if drug plans were universal.

Once discussions are complete, the federal government hopes to have new regulations in place no later than the end of 2018.

"Without question, it will have a significant impact on the lives of Canadians: it will lower unacceptably high drug costs," Philpott said.

"It will help stop excessive pricing practices and it will make it simpler and faster to make new and highly needed medications available to Canadians."

Louise Binder, a 68-year-old who has been HIV-positive since 1994, said she will be watching to see if the eventual regulatory changes will in fact do what the minister suggests -- bring down the price of drugs.

"I think the devil is always in the details," she said, suggesting that any savings should also be funnelled back into the health-care system.