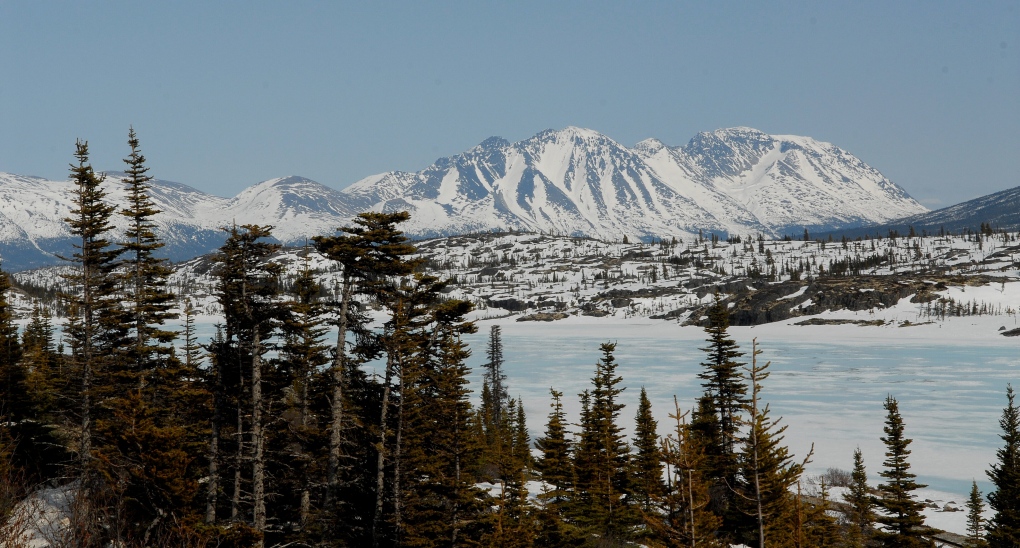 Snow covered mountains and a frozen lake along the Klondike Highway between Skagway, Alaska and Whitehorse, Yukon. (The Canadian Press / Don Denton)

TORONTO -- A non-resident has tested positive for COVID-19 while in Yukon, marking the territory's first coronavirus infection in 50 days.

According to Yukon's chief medical officer, it is also the first case to be hospitalized in the territory.

In a press release issued on Saturday morning, Dr. Brendan Hanley said the patient has been admitted to a hospital in Whitehorse but is in stable condition.

Hanley did not disclose where in Canada the non-resident came from.

According to the press release, contact tracing is "well under way," with all of the patient’s close contacts in Yukon having already been notified by public health officials.

The territory said that the public health risk associated with the new case is low, based on a risk assessment done by Yukon Communicable Disease Control.

Since the person is not a resident of Yukon, the release noted that the positive infection will not be included in Yukon's COVID-19 case count.

As of Sunday morning, Yukon has 15 confirmed and recovered cases of COVID-19, according to the government's website.