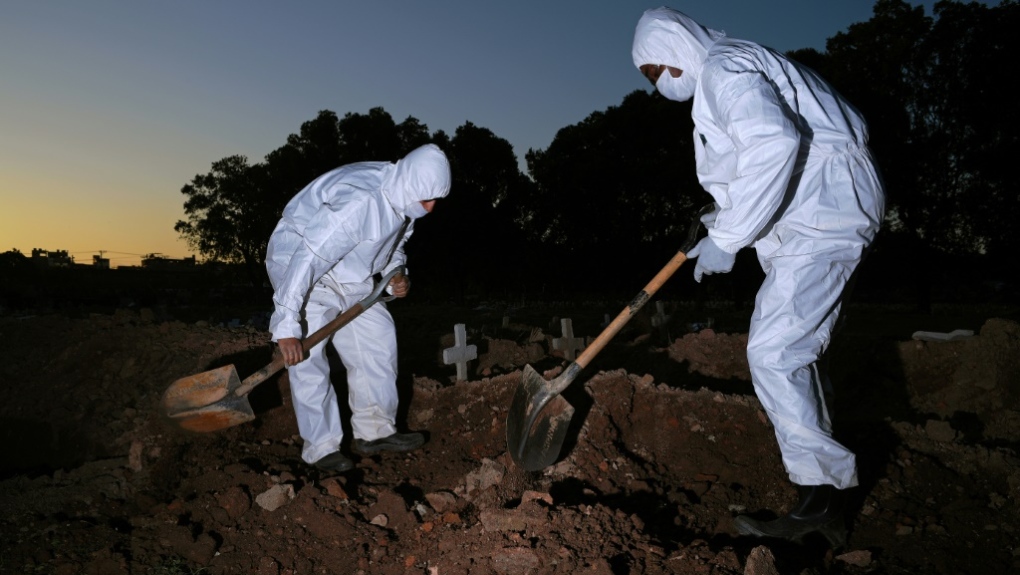 Workers wear protective clothing to bury a COVID-19 victim at the Sao Franciso Xavier cemetery in Rio de Janeiro, Brazil on May 29, 2020. (AFP)

At the epicenter of South America's coronavirus outbreak, Brazil also saw an increase of 33,274 cases in the past 24 hours -- a new daily record, the Health Ministry said.

That number brings Brazil's total caseload to 498,444, the second-highest in the world, lagging only behind the United States.

Sao Paulo and Rio de Janeiro remain the hardest-hit states in Brazil in terms of sheer numbers, while per capita rates are higher in the country's impoverished north and northeast, where health facilities are reaching capacity.

Brazil's Ministry of Health has indicated "there is no way to foresee" when the country's outbreak will peak, and experts say the number of cases could be 15 times higher than the confirmed figure because there has been no widespread testing.

The pandemic is spreading across Brazil under a cloud of confrontation, as governors and mayors implement restrictive measures while President Jair Bolsonaro, who has pinned his hopes of re-election on a booming economy, has berated them for imposing what he calls "the tyranny of total quarantine."