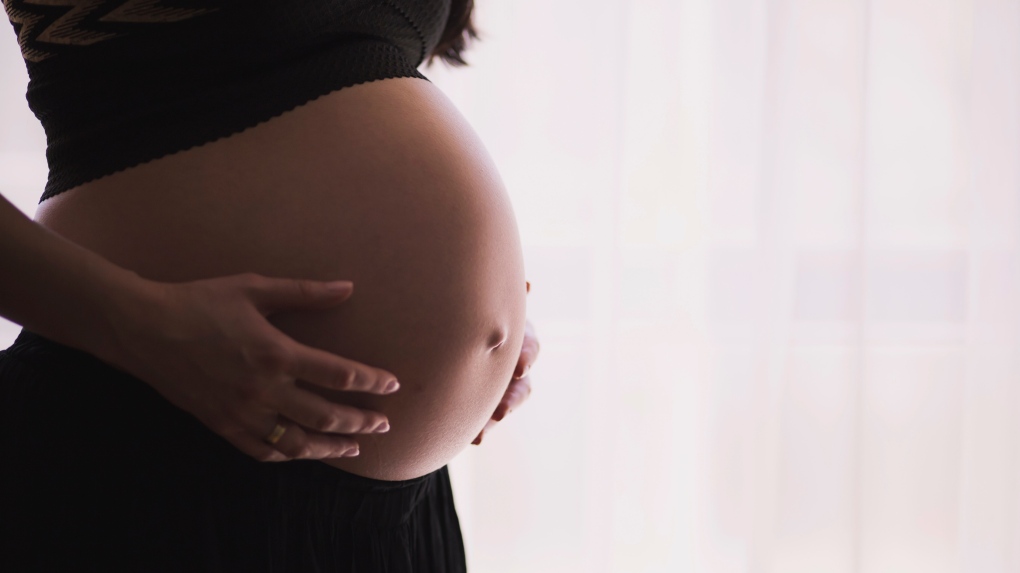 A pregnant person is seen in this file photo. (Pexels/freestocks.org)

TORONTO -- A new study of rats suggests that cannabis use during pregnancy may affect human fetus growth.

Researchers at Western University and Queen’s University said their findings, published Friday in the journal Scientific Reports, back up clinical studies that found an association between marijuana use and low birth weight in human babies.

Tetrahydrocannabinol (or THC, the psychoactive ingredient in cannabis that gives the user the “high” feeling) causes a restriction in fetal growth and a reduction in birth weight of 8 per cent, researchers found. Using a rat model and human placental cells, they mimicked daily cannabis use and also found that it led to a decrease, by more than 20 per cent, of brain and liver growth.

Researchers gave the rats a daily injection of 3 milligrams of THC per kilogram of bodyweight. For a pregnant woman weighing 150 pounds, that would mean about 200 mg of THC each day.

“Over the last decade, cannabis use has progressively increased in pregnant women, in part due to the perception that its usage poses no risk in perinatal life,” the study reads.

Despite cannabis legalization in several jurisdictions including Canada, marijuana use during pregnancy has not been the subject of much research. This study is the first to “definitively support” the claim that THC can have negative effects during pregnancy, the researchers said. Previous clinical studies that found an association were confounded by the socioeconomic status of included patients, they added.

“This study is important to support clinicians in communicating the very real risks associated with cannabis use during pregnancy,” said co-author David Natale and associate professor at Queen’s University.

While researchers concede that the “mechanisms are not well understood,” they were able to determine that THC blocks effective placenta function, preventing oxygen and nutrients including glucose from reaching the developing fetus. Researchers also found that THC exposure may reduce blood flow from mother to fetus.

The evidence just got stronger for the risks of using #cannabis during pregnancy. New research from @WesternU and @queensuResearch used an animal model to show that exposure to THC during pregnancy leads to newborns with smaller brains and livers. https://t.co/nUwMuoRSMM