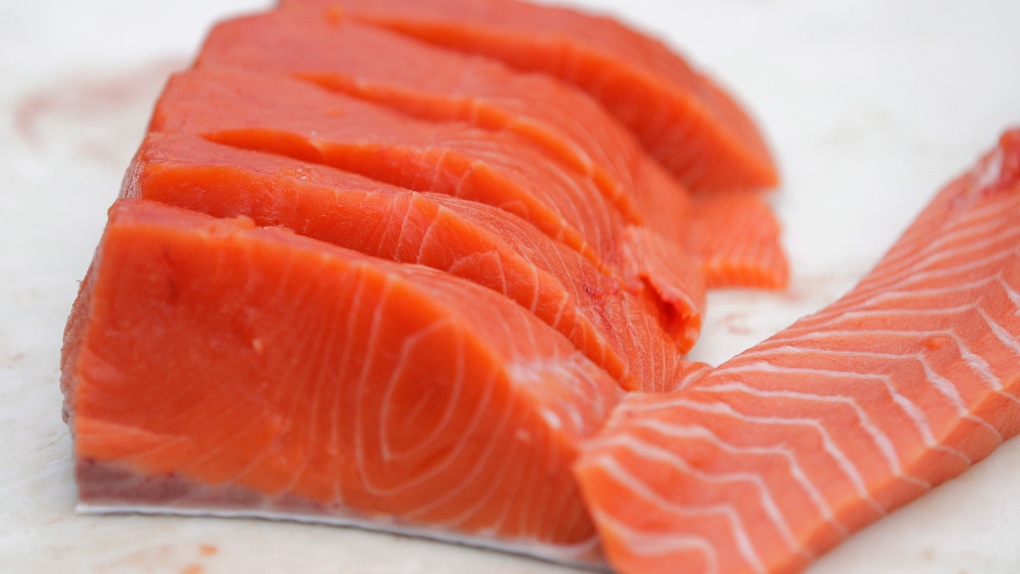 A man treated at a Calgary hospital shortly after eating raw wild salmon from a grocery store was stricken by tiny parasitic worms in his stomach, according to a new medical report.

Doctors say the alarming medical case is the first time the tiny toothed worms have been found in a human after consuming Canadian store-bought salmon.

But as uncooked culinary trends like sashimi and ceviche grow in popularity, doctors warn that the rare parasite could become more common.

Dr. Stephen Vaughan from Calgary’s South Health Campus led the study and reported the results in the Canadian Journal of Infectious Diseases and Medical Microbiology.

According to the report, a 50-year-old man arrived in the emergency department with vomiting and upper abdomen pain about one hour after eating raw wild salmon. The pain persisted for at least six hours and raised his fever to 39 C (102.2 F).

After x-rays and stool tests found “nothing remarkable,” doctors sent an endoscope camera inside the patient’s stomach.

That’s when doctors spotted the tiny worms -- between 1 to 2 centimetres long -- wriggling inside several stomach ulcers. Two worms were removed and identified as anisakis, a parasitic worm that lives in fish and aquatic animals and leads to the condition anisakiasis.

Humans can be infected by the condition after eating raw seafood such as sushi, ceviche, sashimi and other undercooked seafood dishes.

“Although a skilled sushi chef will recognize the distinctive ‘watch coil’ appearance of the larval worms (approximately 1 centimetres to 2 centimetres) in raw fish, individuals preparing their own sushi may not,” the report’s authors wrote.

Researchers say that raw fish prepared at home can contain anisakis and other dangerous parasites because the fish may not have been frozen – a process typically used by sushi restaurants that kills the tiny larvae.

Several provinces have regulations that ensure that raw fish is frozen before being served at restaurants, but grocery stores are often not included in such regulations.

To err on the side of caution, the report recommends that fish purchased from grocery stores be frozen at -20 C for a week (or at a colder temperature for a shorter period of time) before being eaten raw.

Researchers concluded that similar cases of stomach worms may occur more often “given the growing consumption of sushi and sashimi worldwide.”