For patients with severe anorexia, there is often little doctors can do as they watch their patients slowly starve themselves to death. But Canadian scientists are working on what could be a new way to treat these patients using deep brain stimulation by implanting a device similar to a pacemaker.

While the treatment might sound extreme, for patients who have lost a dangerous amount of weight, this new approach could offer them their last hope of survival.

For a new study published in The Lancet, researchers from Toronto’s Krembil Neuroscience Centre decided to try stimulating an area of the brain called the corpus callosum. That’s the thick bundle of nerve fibres that divide the left and right sides of the brain and is the area already used for deep stimulation to treat patients with depression.

The researchers recruited six women who had been suffering from anorexia nervosa for between four and 37 years and implanted electrodes into their brains. Ten days later, they activated the electrodes using a pulse generator that was implanted under their skin.

Although the pilot study was intended to assess the safety of the procedure, within a few months, half the patients showed improvements in both their mood and their weight, to the delight of the researchers.

“Given the lack of advances in treating anorexia nervosa in the last 30 years, if these treatment results continue it represents significant hope for that group of patients,” said researcher Dr. Blake Woodside, a psychiatrist at Toronto General Hospital who specializes in eating disorders.

Deep brain stimulation is already used to treat a number of disorders, including Parkinson’s disease, epilepsy and depression. But for anorexia, this is new.

“This is the first time in the world that patients with chronic anorexia have been treated with deep brain stimulation. So it is a very new approach,” lead researcher Dr. Andres Lozano, a neurosurgeon with an interest in DBS, told CTV News.

At first, all six patients lost weight -- not unexpected since DBS appears to take a few months to becomes effective. But, after nine months, three patients had gained more weight than before the treatment started – and all managed to sustain the weight for longer than they ever had since developing anorexia. Around half of the patients also experienced improvements in their mood or reduced obsessive-compulsive behaviour.

At the same time, though, two patients saw no improvement in their mood or weight. One patient also experienced a seizure about two weeks after the initial operation. Lozano speculates that might have been due more to the anorexia itself, since the patient was badly emaciated, and her electrolyte levels had fallen to dangerous levels.

Kim Rollins was one of the patients in the study who saw success. She has suffered with anorexia nervosa for years and was so compulsive about exercise, she would often wake herself up in the middle of the night so she could run up and down the stairs.

At one point, she weighed only 70 pounds, she says. Her family was preparing her funeral.

"I had a heart attack when I was 28,” she says. “I had two strokes. I developed osteoporosis at a fairly young age because of the lack of the nutrients I was taking in. I have broken my legs and my feet a total of eight times from excessive exercise.

“It was just really horrendous. I tore my family apart because they were watching me basically kill myself.”

Rollins had tried at least 10 different treatment programs, medications and therapies, but nothing seemed to help. So when she heard from her psychiatrist about the brain stimulation study, she signed up and was happy to find it worked for her right away.

Even while the electrodes were being adjusted after having been turned on, she noticed her anxiety improved immediately.

“I felt a real, almost lifting of the anxiety. I felt calmer,” she says.

Before the treatment, Rollins had a compulsive need to keep moving, to tap her toes to burn calories. That ended with the treatment.

“They put an electrode in a certain spot and the tapping all of a sudden stopped. My obsessive movements stopped,” she says.

Dr. Lozano says he was pleased to see that the treatment seemed to help some of the women with their depression.

“The thing that we find quite exciting is that we were able to help them with their depressive symptoms, with their anxiety, with their obsessions. And this also translated into improvements in their quality of life,” he says.

It’s unlikely the patients who say improvements were undergoing “the placebo effect,” he says; the initial weight loss argues against that.

Two psychiatrists from of King's College London, who offered a comment on the study in The Lancet, note that there are few options for patients with severe and longstanding anorexia.

“New effective treatments for these patients are sorely needed … the findings of this proof-of-concept study are promising and will give hope to patients with especially pernicious forms of the disorder and their families,” they wrote.

For Rollins, the treatment has been a life-changer.

“To me, it has really meant getting a life again. It has meant hope. It has meant almost being able to live a life that I thought was over,” she says.

“If it wasn't for the DBS and being part of the study, I don’t know if I would be here.” 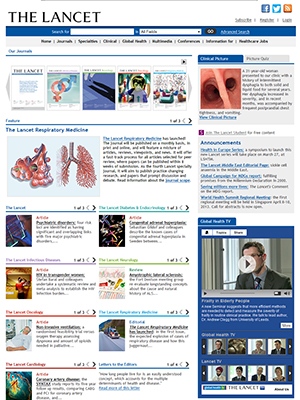 Read about deep brain stimulation in The Lancet