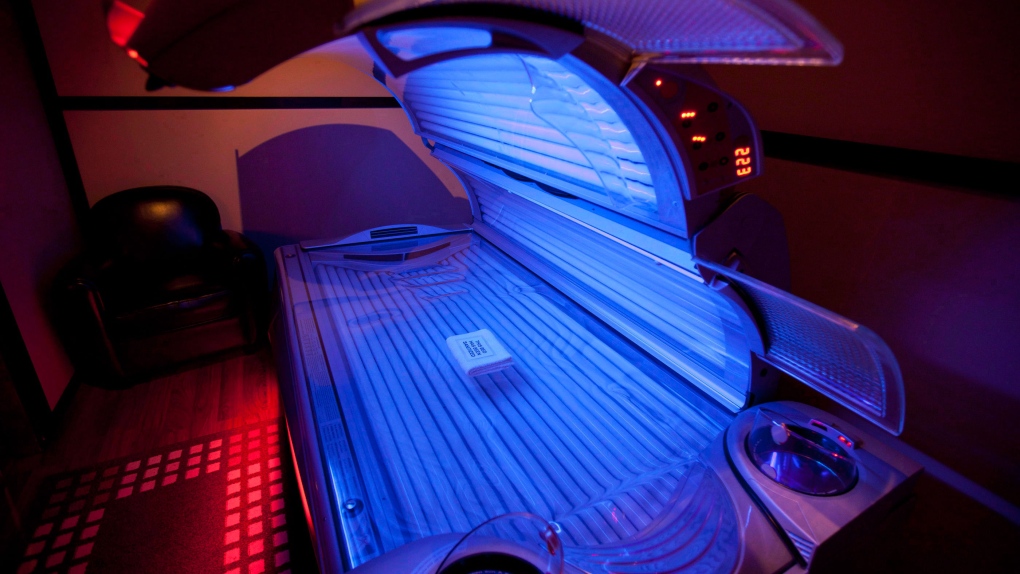 EDMONTON -- The Alberta government won't say when it will introduce legislation to regulate tanning beds as a way to prevent skin cancer.

Former health minister Fred Horne said last March that a bill would be introduced in 2014 and that the province was considering banning anyone under 18 from using tanning beds.

Alberta Health spokesman Tim Wilson says the legislation is still being worked on, but a decision hasn't been made on whether it will be tabled in the spring, the fall or even this year.

"I can only say that we don't have a schedule for it yet," Wilson said Thursday.

"The bill is still being written and we are still looking at all of the various options we would have for including in the legislation and for regulating the industry."

The options include a ban on anyone under 18 using tanning beds, allowing young people to use them if they have a note from a parent or letting individuals decide for themselves, Wilson said.

International groups such as the Centers For Disease Control highlighted the need to prevent skin cancers this week to help mark World Cancer Day.

"By focusing on known prevention methods, countries have made major progress in the global fight against skin cancer," the U.S.-based agency says on its website.

The Canadian Cancer Society released statistics last year that said melanoma is one of the fastest-growing preventable cancers.

It noted that Alberta and Saskatchewan are the only two provinces that don't regulate youth access to tanning equipment.

"We are concerned for youth in this province," Sarah Hawkins of the Canadian Cancer Society said Thursday. "We don't see any reason to delay legislation any further."

Raheem Suleman of the University of Alberta Medical Students' Association was part of a group that met with Health Minister Stephen Mandel in December to talk about the need for legislation to protect youth from tanning beds.

He said that Mandel seemed committed to introducing legislation this year.

Suleman said students are worried the economic downturn and the chance of a spring election will put the legislation on the backburner again.

"Every second that you delay there are more youth being exposed to UV radiation and there is really no good reason why that should be happening," he said.

"There is no good reason why it shouldn't be banned already."

Suleman said if the government doesn't take action, students are prepared to work with MLAs on a private member's bill.