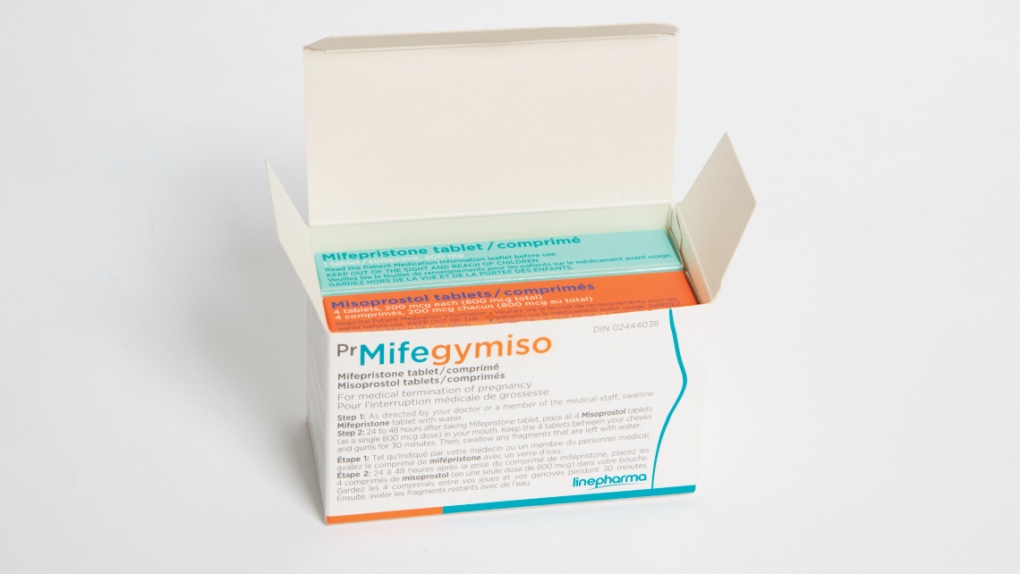 This file photo shows the abortion drug Mifegymiso, which is a combination of mifepristone and misoprostol.

HALIFAX -- The abortion pill is expected to become more widely available to women in Nova Scotia starting next month, as part of a series of measures adopted by the province aimed at improving abortion access.

A physician's bulletin issued by Nova Scotia Medical Services Insurance last week announced a new billing code that will pay doctors for overseeing the termination of a pregnancy using the abortion pill.

The fee covers the initial assessment of a patient, counselling, ordering blood tests and diagnostic imaging, prescribing the medication and follow-up.

"We're really pleased there is now a new health service code, which demonstrates improved access for patients to this important service," Dr. Ken Wilson, medical consultant for Doctors Nova Scotia and a member of the provincial fee committee, said in a statement.

The code is now effective, and the province's only abortion clinic is expected to begin offering the alternative to surgical abortion on June 7.

The clinic at the QEII Health Sciences Centre in Halifax, formerly the Termination of Pregnancy Unit, has also been renamed the Nova Scotia Women's Choice Clinic.

The Liberal government announced last fall the funding of Mifegymiso, a two-drug combination using mifepristone and misoprostol to terminate an early pregnancy up to 63 days gestation.

But despite public coverage of the drug, most women were unable to obtain a prescription because of the lack of a provincial billing code.

The province's fee committee, made up of Doctors NS, physicians and the Health Department, hammered out the new billing code to adequately compensate doctors for the time involved overseeing a medical abortion using pills.

Meanwhile, the province has introduced other improvements to abortion access in recent months, including a toll-free number women in Nova Scotia can call to obtain information, arrange testing and set up an appointment.

The phone line has eliminated the need for a doctor's referral to obtain the time-sensitive procedure.

Changes to abortion access in the province came after The Canadian Press revealed in a series of stories that women in Nova Scotia faced significant barriers and delays for the procedure.

Despite improvements, Dr. Lianne Yoshida, medical co-director of the abortion clinic, has previously said the lack of an ultrasound machine at the unit could still delay women from accessing medical or surgical abortions.