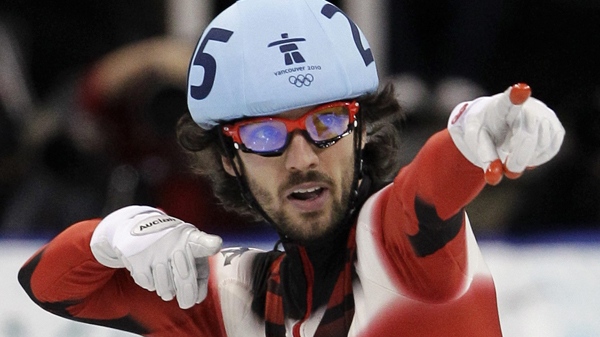 VANCOUVER - It looks like double Olympic champion Charles Hamelin will carry the Canadian flag into tonight's closing ceremonies for the Vancouver Olympics.

The 25-year-old short-track speedskater from Ste-Julie, Que., was accepting congratulations early today at a party at the Winter Games that drew many of the Canadian medallists.

Asked about carrying the flag, Hamelin said: "Yes, thank you very much." His choice was confirmed by teammates.

Hamelin has collected two of Canada's record 13 gold medals at the Games, winning the 500 metres and the men's 5,000-metre relay.

Bilodeau, the first Canadian to win a gold medal on Canadian soil, told The Canadian Press he had not been contacted about being the flag-bearer.

The decision was made by chef de mission Nathalie Lambert and her assistants Joe Juneau and Steve Podborski, with the formal announcement set for today.