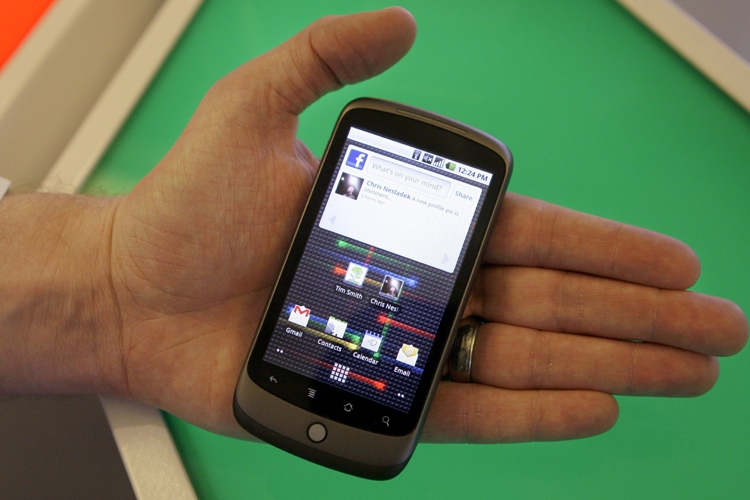 TORONTO - Until now, mobile users have been faced with a choice -- either type on a tiny keyboard or use a touchscreen keypad.

Neither is perfect but, so far, tiny but real keyboards have been winning out for many people. One of the many reasons cited by some BlackBerry users for not switching to an iPhone or similar device is that sensitive touchscreen keypad.

Some manufacturers have tried to give users the best of both worlds, a touchscreen and a pull-out keyboard, but search giant Google has another idea: make all mobile-phone keyboards obsolete.

With the recent release of its own phone, the Nexus One, users are beginning to experiment with what Google hopes is the future of mobile search: voice-and picture-based searching.

"Voice, we think, is just a natural way to solve a problem that exists on all phones, which is that typing is quite difficult, especially in certain languages like Japanese," said Alex Nicolaou from Google's office in Waterloo, Ont..

"Input methods are relatively onerous, whereas saying a brief phrase . . . is extremely fast . . . and there are just times when a picture really is worth 1,000 words.

"If you're standing outside a landmark and you want to know about it, it's obviously going to be much, much simpler to take a photo of that landmark and have the system tell you what it is, than it would be to figure out what name to type in, especially in a foreign country."

Google admits both are still in relatively early development stages and are not very reliable.

"Often, the No. 1 hit is exactly what you wanted, even if one word in your phrase was not perfect."

Google's Nexus One phone can also take dictation for emails or notes, although the results are far less accurate.

At the best of times, just a few words are off and minimal editing is needed to polish a message. But far too often, longer dictations come out as gibberish, which is good for a laugh but doesn't save the user any time or effort.

Visual-searching through the application Google Goggles is similarly hit and miss.

There are about half a dozen types of objects that Google says the app works reasonably well with, including famous landmarks, book covers, works of art, product barcodes, logos and business cards.

After a photo is taken, the image is scanned with several "recognizers" that search for text and familiar visuals in Google's databases. If all goes well, you get a Google search result with links to relevant websites. If not, you can try again or turn back to the keyboard.

"It's still really early days, there's lots of times when Google Goggles doesn't really give you the optimal result, but when it does it's extremely magical," he said.

"The visual search is still quite sensitive to the quality of your photograph and there's lots of times when users take photos of things we haven't anticipated and we don't generate good results.

"The ultimate vision for Google Goggles is that you can literally take a photo of anything and have it give you a good result, so it's just a question of over time how quickly we can improve the engine and make (it) work really well."

In testing, book covers and barcodes worked the best, although it sometimes took two or three attempts to get a match. In a surprising fail, Google Goggles could not recognize Toronto's iconic CN Tower, despite multiple efforts.

One thing Google Goggles doesn't do now and perhaps won't ever do is perform a search based on facial recognition. The current technology is theoretically capable of scanning faces and retrieving data on that person, but Google isn't going there, said Google spokeswoman Wendy Rozeluk.

"We actually decided that there's no real user-case for it," she added.

"It's one of those things where it's really cool but . . . we don't really know why we would ever put something like that out, no benefits come to mind for users."

Google has hinted at some future features incorporating voice and image recognition. Engineers are working to improve the ability to photograph a printed page so it can be accurately scanned into text and quickly translated into another language. In a video posted online, a Google employee scans a menu from a German restaurant and uses his phone to translate it into English.

Google also hopes that, eventually, travellers will be able to speak a phrase into their phone, have it translated into another language and played back through their phone's speaker.