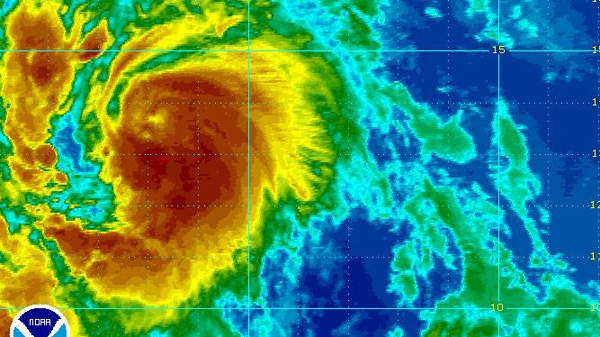 A new tropical storm called Katia is slowly gaining strength as it moves across the Atlantic Ocean.

By early evening Tuesday, Katia had sustained winds of 97 km/h and is still getting stronger.

It is believed that Katia has the potential to become a major hurricane on the weekend.

The storm is centred more than 1,200 kilometres west of the southernmost Cape Verde Islands. It is currently moving west-northwest at a rate of 32 km/h.

Hurricane specialist Michael Brennan says Katia could affect the Caribbean, but it is not yet clear if it will hit the U.S.

Katia comes on the heels of Hurricane Irene, which recently roared through parts of New England and Atlantic Canada, causing billions in damage and killing more than 40 people.