The results of an autopsy and toxicology screening on ‘Glee’ star Cory Monteith is not expected for “several days”, according to British Columbia’s coroner’s office.

A spokesperson for the office said the autopsy will take place Monday, and will include toxicology samples.

“We do understand there is a lot of public interest in this case and we’ll try and get it done in as good a time we can, without compromising the integrity of the investigation or the testing,” the spokesperson said Monday in an audio file released on the coroner’s website.

Vancouver police turned over their investigation into Monteith to the coroner’s office, after determining that no foul play was suspected in his death.

Sgt. Randy Fincham said it’s now up to the coroner to determine what happened to the Canadian-born actor, who was found dead in a Vancouver hotel room Saturday afternoon.

“To say that he (Monteith) has reached people in a large number of homes would be an understatement,” Fincham told reporters during a press conference Monday.

“We’re getting hundreds of phone calls an hour regarding this, as well as an equal number of emails. (Monteith’s death) obviously has a bearing on a lot of people and a lot of families that watched the program.”

Monteith spent much time in Vancouver and in Victoria – where he grew up.

Before his death, the 31-year-old spoke openly about his struggles with substance abuse. In April Monteith voluntarily checked himself into a rehab facility.

Fincham stressed that there is nothing to indicate Monteith's death was due to illicit drug use.

He said police won't be speculating on the cause and any answers will have to come from the coroner's service.

Monteith was found dead in his room on the 21st floor of the hotel in Vancouver at about noon Saturday, according to police. His body was discovered by hotel staff after he missed his check-out time. He had apparently been in Vancouver for about a week.

Monteith was born in Calgary and grew up in Victoria, where his mother still lives. He broke into the business with small roles in the Vancouver film and television scene.

The actor’s co-star and real-life girlfriend Lea Michele asked for privacy on Sunday.

"We ask that everyone kindly respect Lea's privacy during this devastating time," a representative told People.

Fans continue to visit a memorial outside the Fairmount Pacific Rim Hotel. On Sunday, Cory Monteith’s cousin Richard Monteith visited the site to drop off flowers.

“He’s my cousin, but I would like maybe not to talk right now,” a visibly shaken Richard Monteith said. “A little bit more time, please.” 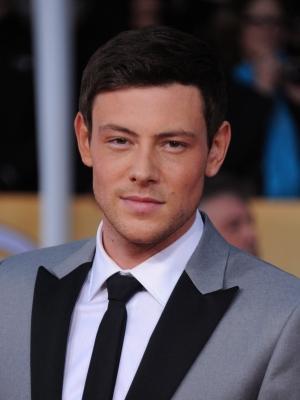 Cory Monteith, with castmates and in Canada 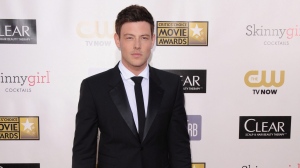