Streaming music sites are changing how musicians respond to controversy 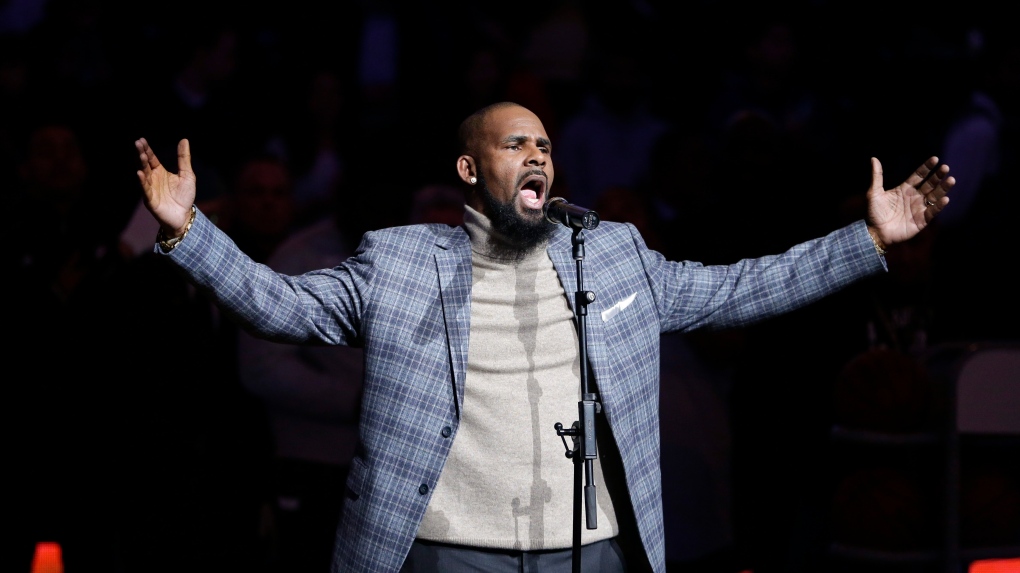 In this Nov. 17, 2015 file photo, R. Kelly performs the national anthem before an NBA basketball game between the Brooklyn Nets and the Atlanta Hawks in New York. (AP Photo/Frank Franklin II, File)

TORONTO -- Amid outcry from her fans, Lady Gaga was caught between her ethics and her art.

Earlier this month, her 2013 single "Do What U Want (With My Body)" was back under scrutiny as viewers considered a new documentary series outlining sexual misconduct allegations against R. Kelly, the R&B singer who she collaborated with on the track.

Some urged Gaga to break years of silence and explain why she chose to duet with a performer who even at the time of the song's release had a history of allegations against him.

She went a step further, issuing an apology and pledging to remove her duet from streaming services and iTunes in swift fashion.

It was a move by one of pop's biggest artists to respond to a brewing storm of social backlash, but also a signal of how the streaming era is giving artists new authority to address controversy.

"Musicians, in a sense, are gaining more power in the marketplace," said Will Straw, a professor in the department of art history and communication studies at McGill University in Montreal.

"The Lady Gaga (example) is interesting because it really is taking a stand against a particular figure -- and I think we're going to see more of that."

Several artists followed Gaga's lead, including Chance the Rapper who yanked his R. Kelly collaboration "Somewhere in Paradise" offline, and Celine Dion whose record label detached the duet "I'm Your Angel" from her album on streaming platforms, distancing her from the track.

Songs vanishing on digital services isn't an entirely new phenomenon, but until recently the move was usually tied to contract negotiations. Taylor Swift temporarily pulled her music from most streaming platforms over how artists were paid, while Neil Young waged battles over streaming audio quality.

Artists making decisions to effectively erase a song in solidarity with a social issue comes as some listeners reflect on their own habits.

Not so long ago, the deal between a musician and their fans often started and ended at the record store's cash register -- or the checkout page on iTunes. But how musicians are compensated in a streaming universe is different because the checkout counter is always open.

Each time a listener streams a track, they're putting a fraction of a cent into the artist's pocket, not only paying them but effectively casting a vote for their current popularity.

And that's one reason why R. Kelly's presence on other singers' tracks became problematic. Fans complained his music would turn up unexpectedly on Spotify's curated playlists, while others pointed out playing albums like Dion's greatest hits on streaming platforms made them unwitting supporters when his songs came on.

Spotify addressed some of these concerns last year by deciding not to actively support Kelly's work. This week they went a step further by introducing a "mute" function where listeners can choose which artists they don't want to hear.

Judith Taylor, a professor of sociology at the University of Toronto, identifies changes like these as part of a broader phenomenon where the public is pressuring musicians to hold their colleagues accountable for their actions.

"Really this is about trying to create a culture shift," she said.

"As the legal field has proven itself to be unable to (show) it's efficacious in dealing with these social wrongs, people are creating new mechanisms -- social shaming is one of them."

It raises the question of whether artists like Gaga and Chance the Rapper should be able to take their songs off streaming platforms, seeing the move as potentially erasing slivers of pop context.

With the demise of physical media, those historical records of song could become harder to find as years pass. Already some unofficial YouTube links to "Do What U Want," as well as some of Gaga and Kelly's live televised performances, have been pulled down.

Taylor isn't convinced that creates any sort of urgency to maintain the public record of Gaga's song on streaming platforms as a point of reference. She said controversy behind its creation has already solidified its place in pop culture history.

"It's impossible to erase anything," she said. "Trying to banish this song makes it more potent in people's memories."

Music historian Alan Cross suggested there's "a certain disingenuousness" to what's being framed as a movement by musicians to distance themselves from Kelly in the wake of the TV documentary.

He also doesn't believe "Do What U Want" or the other tracks will be missed by most.

"Getting rid of a few won't make much difference to anybody."