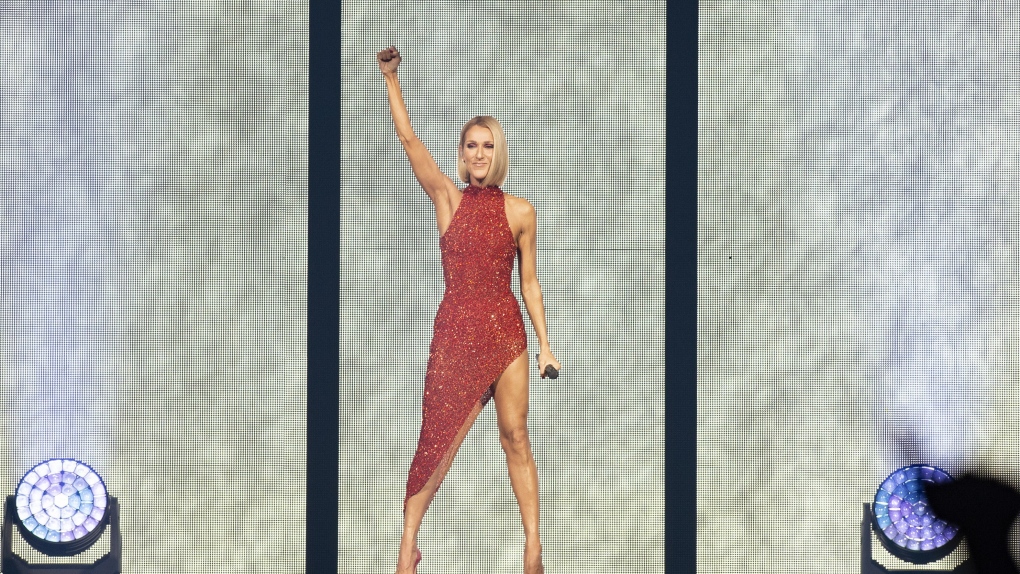 TORONTO -- Celine Dion is ready to be released into the wild.

After spending the past year and a half cooped up in lockdown, Quebec's vocal powerhouse is vibrating with energy as she talks about her comeback from the COVID-19 pandemic with a limited engagement in Las Vegas this fall.

"I've been locked up," she says matter-of-factly in a media call before switching to the cadence of a town crier.

"I'm gonna get out of this cage," she shouts. "I'm gonna be performing. You better watch out."

It's a promise many of Dion's fans will certainly welcome after the singer's "Courage" world tour was frozen in its tracks shortly after she crossed the 50th tour date. Her final show before the pandemic shutdown was in Newark, N.J., on March 8, 2020.

Dozens of shows were postponed as the pandemic sent ripples through the concert industry, and while five Canadian dates remain on the calendar for this summer, it's likely they'll be pushed a second time.

What's more certain is that Dion sees freedom on the horizon. She's booked herself a curtain call in Vegas, the city that hosted her residencies for 16 years until 2019 and where she lives with her family.

Starting on Nov. 5, Dion will play 10 dates at the new 5,000-person capacity Resorts World Las Vegas theatre, the first in a stacked calendar of marquee stars that include Carrie Underwood, Katy Perry and Luke Bryan.

Tickets go on sale to the public starting May 24.

Dion said her show will raise the bar on her famous Vegas spectacle while putting a new spin on her pop hits.

"I want to respect those songs that got me here," she said.

"So this is my job right now to kind of freshen up the whole thing, singing those songs again and again -- in a different way."

But beyond the usual theatrics, Dion expects performing for a live audience will pack an emotional punch itself: "At the end of the show, we won't be able to go to bed right away, that's for sure."

Over the past several months, Dion has been drafting plans for the Vegas shows with a team of creators over Zoom. And while many users of the web conferencing platform have become fatigued by workdays spent virtually in tiny video boxes, Dion insists she loves the realness it brings to the table.

"We can see everybody's hair getting white and everybody being home in the same old T-shirts and like -- it's OK. And that's the way it should be," she said.

"You know it's not time to be a fashionista. No, no, no. Take that time and take that luxury. And Zoom? Thank God we have that."

She concedes that even the best web meetings fall short of in-person conversation.

"There's nothing better than touch, humanity and being close in the same room," she said.

"The energy, the sweat, the smell and the feeling of every individual. Nothing can take that away from no one. That's the best of the best."

Staying home during the pandemic offered Dion the rare "privilege" of spending extra time with her family as they isolated together, she said. They passed the hours with "old-fashioned family fun" -- cooking, playing golf, frisbee and swimming in the backyard.

"It was wonderful to be together, live and stay in a kind of a bubble," she said.

"It was very, very different, but it was amazing. We're very fortunate because we stayed healthy and together. That's luxury for all of us."