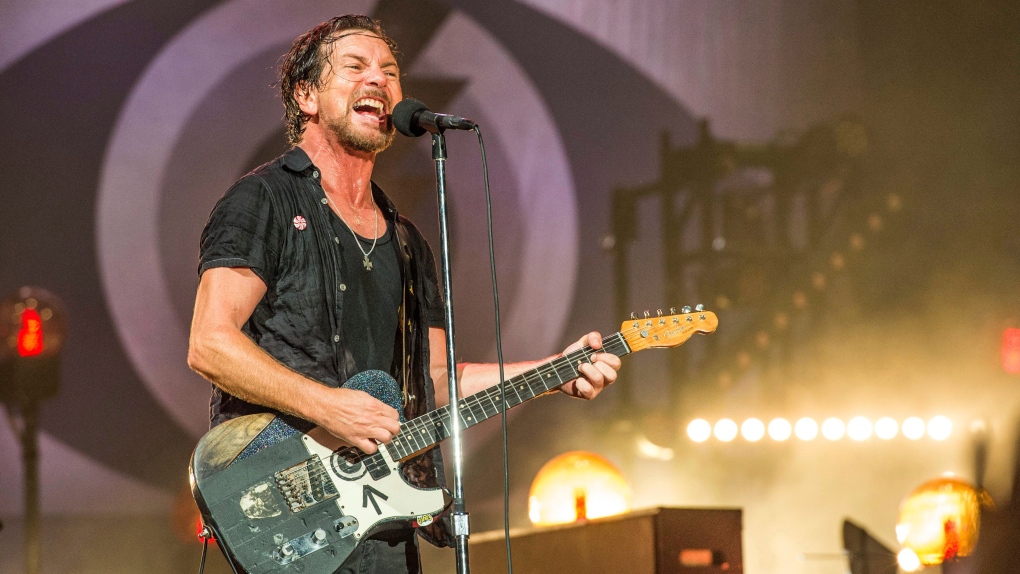 TORONTO -- Pearl Jam will release their highly anticipated 11th studio album, dubbed "Gigaton," on March 27 as the Seattle rockers get set to hit the road for a massive 2020 tour, making stops in four Canadian cities.

Eddie Vedder and company confirmed the band's first studio album since 2013's Grammy-winning "Lightning Bolt" on Monday after a weekend full of speculation that began when Pearl Jam sent out cryptic messages on social media, sending fans on a scavenger hunt of sorts.

Look for Pearl Jam in cities around the world... https://t.co/uDIWRrKT1y pic.twitter.com/qEB9yLhWd2

“Making this record was a long journey,” guitarist Mike McCready said in a statement. “It was emotionally dark and confusing at times, but also an exciting and experimental road map to musical redemption. Collaborating with my bandmates on 'Gigaton' ultimately gave me greater love, awareness and knowledge of the need for human connection in these times.”

"The Nordaustlandet ice cap gushes high volumes of meltwater. Even though this was taken just 600 miles from the North Pole the temperature was in the high 60’s," reads the photo description on the National Geographic photographer's website. "The Arctic could be completely devoid of sea ice during the summer months in the next 10 to 20 years. This striking scene is a reminder of the fragility of this icy ecosystem."

The Rock & Roll Hall of Fame inductees said in a statement the first single, “Dance of the Clairvoyants," will be released "in the coming weeks," making the track the first new music since Pearl Jam released "Can't Deny Me" in 2018.

Pearl Jam also announced the band will kick off their 2020 tour in Toronto on March 18, just over a week before "Gigaton" hits store shelves. From there, Pearl Jam will make stops in Ottawa, Quebec City and Hamilton before heading to the U.S.

The North American leg of the tour wraps up in Oakland, Calif. on April 19. Last month, Pearl Jam announced a European tour that gets underway in Frankfurt, Germany on June 23.

Tour dates are as follows: