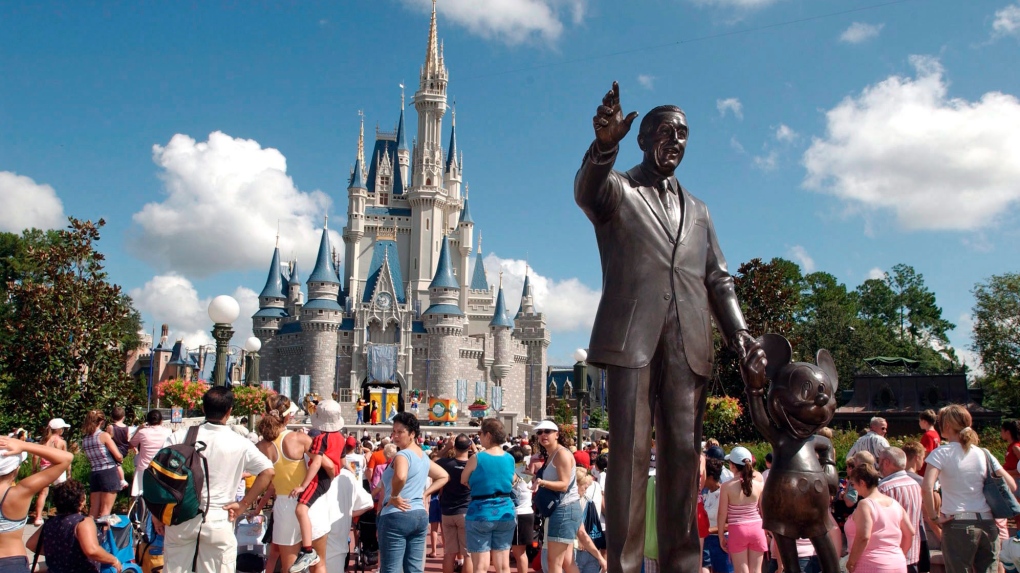 ORLANDO, Fla. -- Mary Poppins. Wakanda. Rapunzel. A hodge-podge of beloved characters and settings that would hardly fit in the same sentence if not for the fact they're all coming to Disney parks or cruise ships within the next few years.

Disney Parks chairman Bob Chapek announced the new attractions over the weekend at the company's D23 Expo in Anaheim, California.

The first Mary Poppins attraction at a Disney park is headed to Epcot as part of the transformation of the Florida park. Appropriately, the Cherry Tree Lane neighbourhood will be housed in the United Kingdom pavilion in World Showcase.

Other changes are afoot in Epcot's World Showcase, the area around a lagoon that shows off pavilions from almost a dozen nations.

Next year, the French pavilion is adding a new attraction based on the animated film "Ratatouille," as well as a new French restaurant. The French pavilion also will host a sing-along with songs from the film, "Beauty and the Beast" starting next January.

Both the Canada and China pavilions are getting new movies showcasing their countries, and Disney officials said a new nighttime extravaganza will offer various interpretations of classic Disney songs from people all over the world.

In other parts of Epcot, a "Guardians of the Galaxy" ride is planned, as well as a new restaurant at the Mission: Space pavilion.

Elsewhere in Disney's "park-dom," "Avenger Campus" areas are planned for Disney California Adventure and Disneyland Paris, based on "The Avengers" movie franchise. Both campuses will have Spider-Man attractions. The California park will have an Avengers Headquarters which will become the entrance to a ride that features the Avengers on a mission in Wakanda, the fictional land from the film "Black Panther."

Disney is bringing online three new cruise ships, including Disney Wish, upon which the image of Rapunzel will grace the stern when it starts sailing in 2021.

Details on the new attractions were made just days before the new "Star Wars" land is opening at Walt Disney World on Thursday. An identical land opened at Disneyland in California at the start of the summer.