Everything we know about Disney's new 'Star Wars'-themed starship hotel 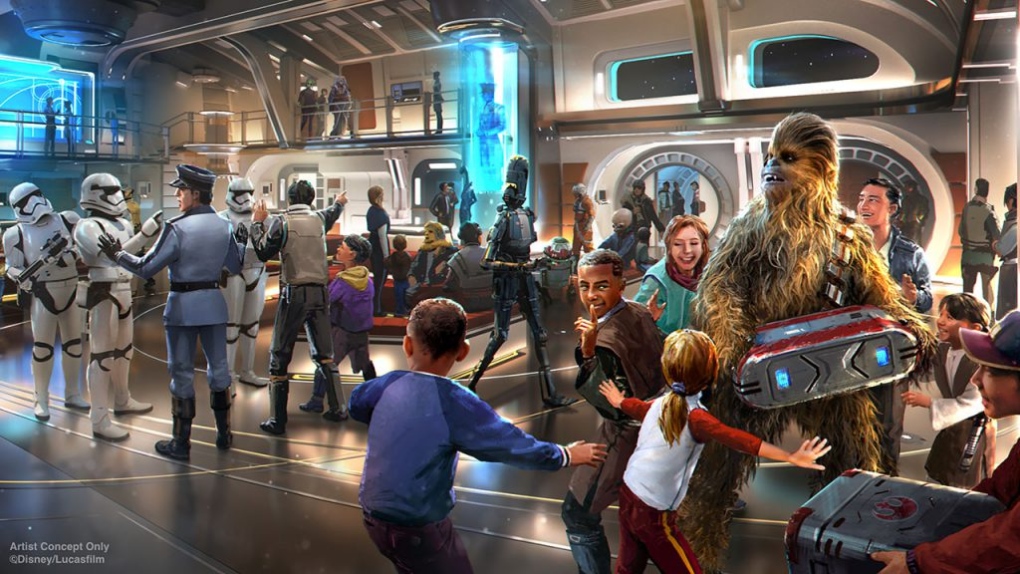 People will get their chance to sleep in a galaxy far, far away, according to Disney’s newly unveiled plans for a ‘starship’ hotel at its soon-to-be-opened Orlando ‘Star Wars’ theme park. (Disney)

Looking to catch 40 winks in a galaxy far, far away? Or test out your lightsaber skills after brunch?

Well, soon you will get your chance, based on Disney’s newly unveiled plans for a starship hotel at its soon-to-be-opened “Star Wars” theme park in Orlando. The project was revealed during a two-hour presentation at Disney’s D23 Expo fan convention this weekend.

But there weren’t any solid dates announced as to when the hotel will officially open.

The starship hotel experience will be called "Star Wars: Galactic Starcruiser.” Plenty of other details were revealed during Disney’s biannual fan convention, which also included the unveiling of several upcoming Marvel and Star Wars projects.

The announcement of the hotel was also timed with Disney dropping a two-minute retrospective of the “Star Wars” film franchise, which featured a sneak peek at the new “Star Wars: Rise of Skywalker” film which comes out in Dec. 2019.

Other revelations by Disney Parks & Experiences included that Disney World will soon be adding a Mary Poppins-themed attraction and a Moana attraction called "Journey of Water" to its aging Epcot area.

Watch the D23 Special Look for Star Wars: #TheRiseofSkywalker. See the film in theaters on December 20.


GUESTS WILL INTERACT WITH FAMOUS CHARACTERS

According to Disney’s hotel concept, visitors will be able to stay for a “two-night adventure aboard a glamorous starship called the Halcyon.”

The idea is to have a “Star Wars”-themed “cruise” where guests will be able to check into a terminal at Walt Disney World and then be launched into a pod for a simulated trip up to the "Galactic Starcruiser."

Once they’re “onboard,” guests will be able to interact with actors in character and full alien costumes who’ll try to rope guests into pre-planned storylines. Actions guests take will influence how their stories unfold during their stay.

Visitors get to explore the ship and even test out their lightsaber skills against a training remote “like Luke Skywalker did as he was learning to use The Force,” according to the hotel’s website.

The ship will also “dock” at the fictional planet of Batuu -- the planet featured in Disney's "Galaxy's Edge" land which opens at Disney's Hollywood Studios in Orlando this week.

The planet already shows up in Disneyland's "Star Wars" land in California which opened in May.

The new hotel in Orlando will allow guests to “sneak” into the ship’s engineering room or visit the Silver C Lounge -- a more lavish version of the Mos Eisley Cantina on the fictional planet of Tatooine.

Each of the rooms in the hotel will feature a view of space, ships and other galactic sights.