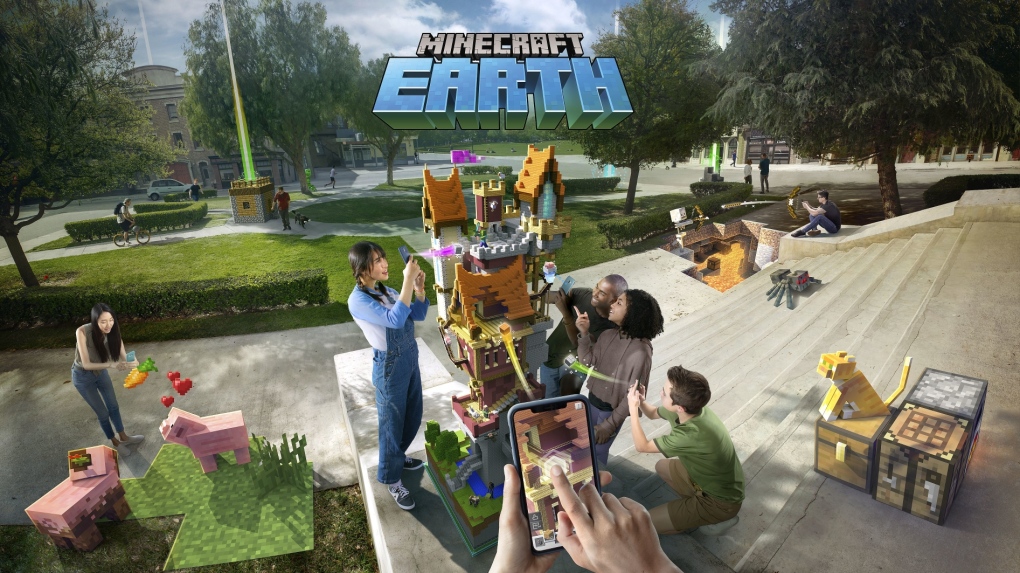 The tenth anniversary of "Minecraft" brings with it an announcement for and a first look at new mobile game "Minecraft Earth," due for a mid-2019 beta for iOS and Android.

Making the world into a massive "Minecraft" map is "Minecraft Earth," an upcoming augmented reality mobile game that lets players pop virtual trees, benches, castles and creatures in the neighborhoods around them, as long as there's a flat surface to hand.

Players will be able to collect familiar and novel creatures, gather resources, and team up with fellow players on digital crafting projects.

In this way, the proposed AR game merits immediate comparison to "Pokémon Go" and the upcoming "Harry Potter Wizards Unite," both steered by Google spin-off Niantic and making use of Google map data (and player movements) to apply a fictional layer to the non-digital world while collecting travel data and revenue from their players.

As part of celebrations for the 10th anniversary of collaborative construction game "Minecraft," Microsoft-owned developer Mojang re-launched the prototypical "Minecraft Classic" as a free browser app on May 7.

May 9 brought with it a free custom Anniversary Map for players of the current game, a layout in the form of a digital theme park both complex and palatial, while May 16 unveiled this year's "Minecraft" convention as Minecon Live, a livestreamed show set for September 28, 2019.

That's a change in name not just from Minecon's earlier physical conventions but also the 2017 and 2018 editions which were called Minecon Earth, an event whose suffix now belongs to the free-to-play AR app.