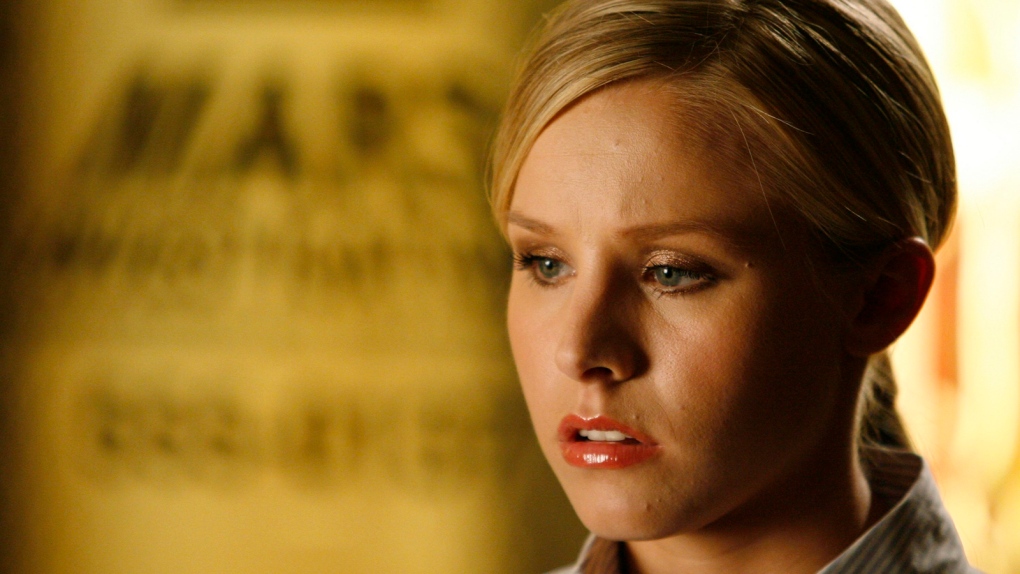 TORONTO -- The best thing about filming the crowd-funded "Veronica Mars" movie was meeting some of the passionate fans who donated cash to the project, says co-star Enrico Colantoni.

The Canuck actor says last summer's shoot was a great chance for the defunct TV show's cast to reunite, but he was most excited about meeting the devoted followers who responded to a Kickstarter campaign last year.

Colantoni notes that several donors showed up on set after earning the privilege as a perk of donating.

"What was really exciting was how many of those Kickstarter fans showed up on set," says Colantoni, who portrays the father of a sassy crime-solver played by Kristen Bell.

Last year, series creator Rob Thomas launched a crowd-sourcing campaign to raise $2 million for the film, reaching that goal in less than a day.

Each gift came with a perk for generous fans -- the nearly 6,000 backers who offered $1 or more were granted updates throughout production, 50 backers who dished out $600 or more got a personalized video greeting recorded by Bell, while three backers who each ponied up $8,000 or more got to name a character and be a featured background extra.

The right to pledge $10,000 or more was limited to just one person, and that was snapped up along with a speaking role in the movie, an invitation to the premiere and after-party, a signed movie poster, T-shirt and other goodies.

Colantoni says everything about the production has been geared towards satisfying a surprising demand for more "Veronica Mars." The cult favourite was cancelled in 2007 after three seasons.

"I know Rob quite candidly says this movie is for the fans. Maybe if there was another movie to follow they'd think in terms of where to go from there but this one was just (about): I'm going to give you everything that you wanted and missed."

Speaking from the set of his new Canadian TV show, "Remedy," Colantoni says it was great to be back amid old friends for the shoot.

"It was less surreal and more familiar," he says of shooting scenes with Bell, who now stars opposite Don Cheadle in the racy TMN/Movie Central series "House of Lies."

"It was like, 'Huh, where you guys been?' No time has gone by. No, it was immediate, it was just an immediate connection with everybody, just your subconscious just comes back to life -- what you thought was a dream was a reality again."

Back when the TV series was on the air, ratings averaged between 2.2 million and 2.5 million viewers in the United States. Colantoni says those modest numbers have since been overshadowed by a swelling audience that spurred the surprising resurgence.

"It wasn't until DVD and word-of-mouth and all of that stuff started happening that we found a true fanbase," he says.

Earlier this month, the CW said it's developing an online spinoff of the "Veronica Mars" series, which would also be run by Thomas.

Colantoni says he's amazed how the film came together and doesn't doubt that fan frenzy will only grow as the theatrical release date of March 14 approaches.

"Veronica Mars" will also be available for digital download and video on demand on March 14.