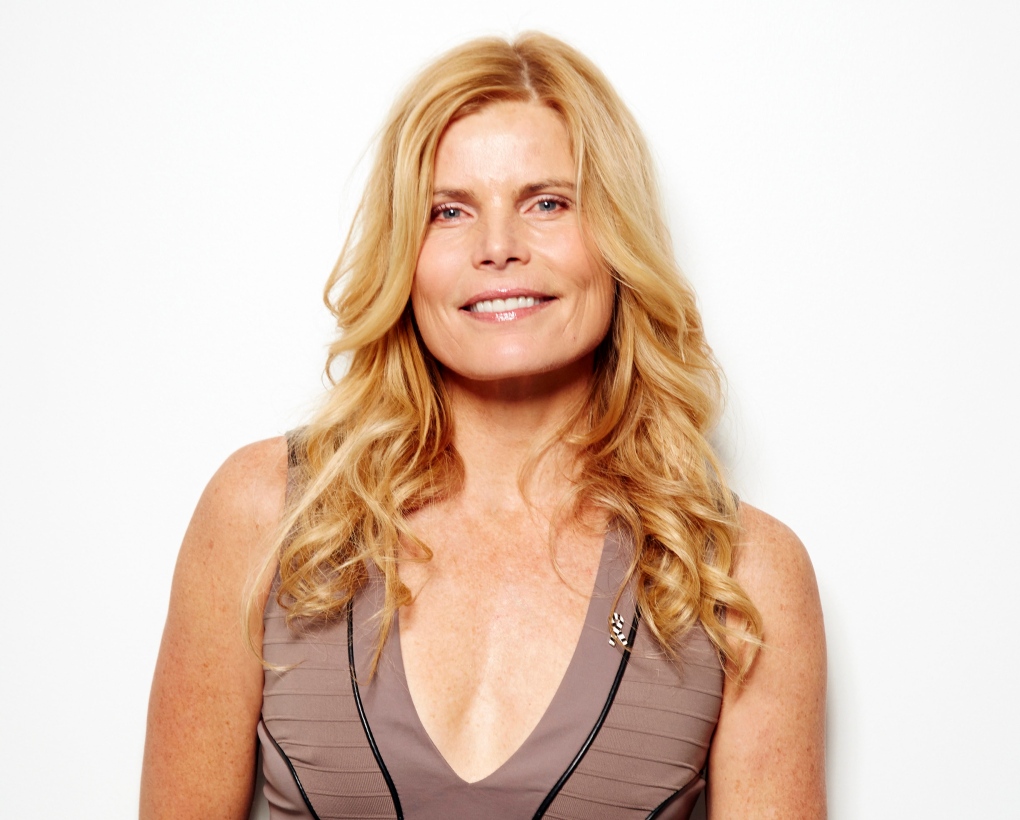 Actress and author Mariel Hemingway poses for a portrait in promotion of her new memoir 'Out Came the Sun' on Monday, April 6, 2015 in New York. (Photo by Dan Hallman/Invision/AP)

NEW YORK -- Many people remember Mariel Hemingway best from her portrayal of the sweet teenager Tracy in Woody Allen's "Manhattan," where she delivered the film's uplifting closing line, a reminder that "You have to have a little faith in people."

But Hemingway herself, then only 16, was living a life with much darkness in it; her family was plagued by alcoholism, drug addiction and mental illness. And suicide: seven of her family members have taken their own lives, including her famous grandfather, Ernest Hemingway, in 1961, and sister Margaux, the former supermodel, in 1996.

Hemingway, now 53, has written two new memoirs, "Out Came the Sun" and a young-adult version, "Invisible Girl," in which she frankly recounts her family's struggles. The books, she says, are an effort to shine a light on subjects still taboo in our culture. She sat down with The Associated Press to discuss the new books; the interview has been edited for length and clarity.

AP: You write at length about alcoholism, drug addiction, mental illness and suicide in your family. Do you feel all these things are connected?

Hemingway: Yes, especially in my family. Look at my grandfather, this extraordinary man, Ernest Hemingway, the greatest writer of the 20th century. But he was also self-medicating pain with a lot of drinking. Then I look at my oldest sister (Muffet), who is still alive, who is wonderful, but ... I think her schizophrenia and mental health issues were triggered by drug addiction. My other sister as well, she was a major alcoholic. And you know, it's a chemical. It changes your brain. In my family, it was never one glass of wine. It was a bottle. And it changes people.

AP: You write about how you've had seven people in your family commit suicide. And you've been involved in suicide prevention efforts. Do we have a lot to learn about suicide?

Hemingway: Suicide is extremely complex. It is not necessarily somebody who suffers long-term mental illness. It can be planned for 20 years, or it can happen out of the blue. And we just need to talk more about it because there is a tremendous amount of shame around suicide. It was a long healing process for me, to understand how my own sister could commit suicide and knowing that I thought she was doing really well, and you'll see that in many situations. The reason I wrote these books is so that if Mariel Hemingway, who comes from this family that everybody (knows), if SHE talks about her story, maybe I get someone suffering somewhere in silence to find a safe space to tell their story. So that they can start to heal.

AP: In the 2013 documentary "Running From Crazy" and now in your book, you mention some disturbing suspicions you had about your father and your two older sisters -- the possibility that he was sexual with them.

Hemingway: I'm much happier with how I dealt with it in the book than in the movie. It felt like there was inappropriate stuff going on that I never saw. I wasn't witness to anything that was horrible or horrific -- but what I DO know is that my father drank, and when he drank he changed. And I watched it with both my parents. I watched it with my sisters. By the fourth glass of wine they were not the same people, their eyes had dropped and there was a darkness that had sort of overcome them.

AP: Why did you write the young adult book?

Hemingway: Because that's (the age) when I was the most scared. Also when I was the most confused. A lot of kids don't know that there's somebody out there that gets it. You don't know it's not normal. I thought that when parents fought and there was broken glass and blood on the wall, that you cleaned it up because this was your job.

AP: Your family name has quite a legacy attached to it. Are you hoping to influence it?

Hemingway: I'd hate to be so egotistical to think I was adding to the legacy of my family. But the same time I do feel a responsibility to honour it. And there's a lot of misinterpretations. I don't think my grandfather was a great writer because he drank too much and lived a hard life, I think he was a great writer because he worked really hard to be a great writer. And if he were to do it all over again, he wouldn't do it drinking. And the irony is, he never wrote drunk. That was a rule of his. So obviously at some level he understood that, and I just want people to appreciate the greatness of my family and also appreciate how we are just like everyone else at the same time, in some wayMariel