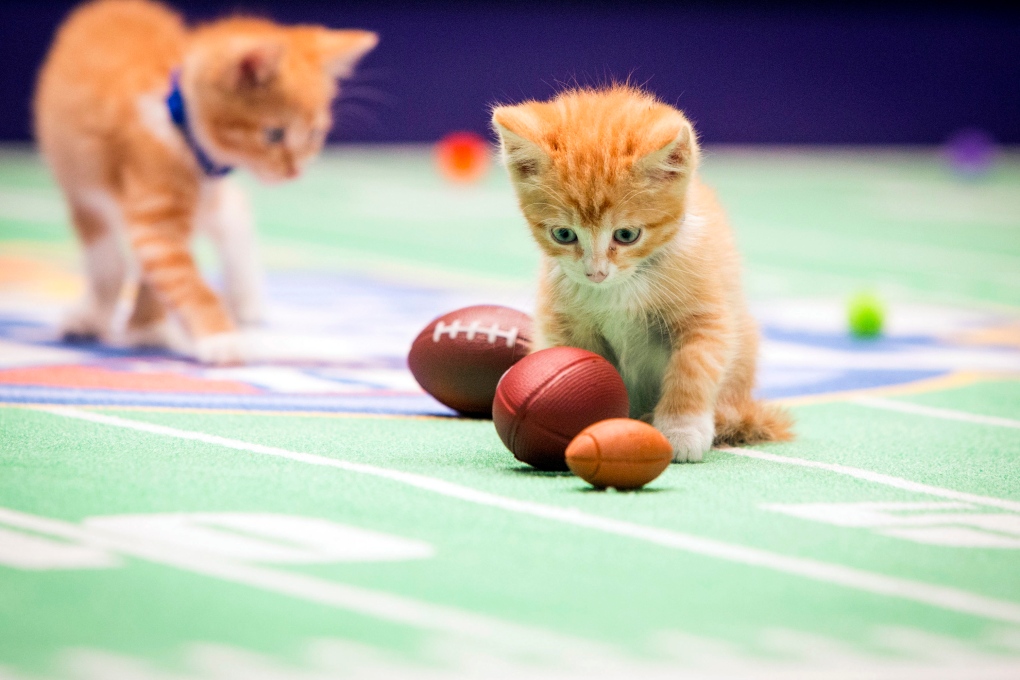 The channel says kitties simply can't help the fact that claws and balls don't go together.

"Our issues tend to be more related to the size of the `yarnage' markers on the `kitiron' and, of course, the length of their milk breaks," said Bill Abbott, president and CEO of Hallmark parent Crown Media Family Networks.

In other words, cute trumps controversy when fluffy, big-eyed kitties are involved, just as it should.

"Kitten Bowl II" kicks off at noon EST, starting with semifinal matches between the Northpole Panthers and Hallmark Channel Hearties, and the Good Witch Wildcats versus the Hallmark Movies & Mysteries Mountain Lions. The winners then play for ultimate purring rights.

The kitty contest isn't the only televised alternative to Sunday's Super Bowl match between the Seattle Seahawks and New England Patriots.

Fish Bowl II is on the Nat Geo WILD channel (6 p.m. EST) and there's Animal Planet's Puppy Bowl (3 p.m. EST) that kicked off the trend and is in its 11th year. The latter also promotes pet adoption.

Viewers lap it all up. Last year's Puppy Bowl drew 13.5 million viewers, with the inaugural Kitten Bowl watched by 1 million. That's not the 2014 Super Bowl's 112.2 million viewers, but it beats a bowl of kibble.