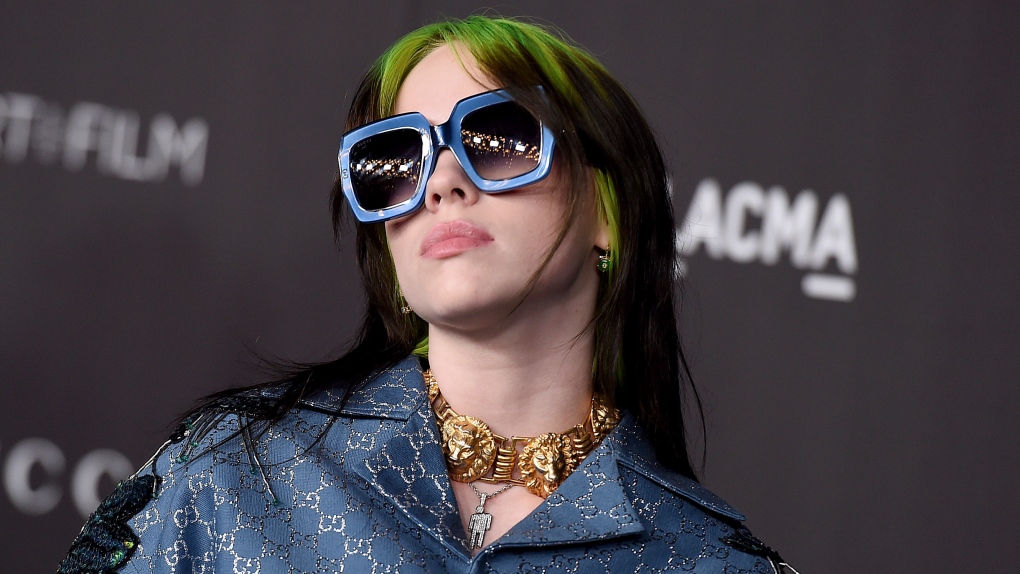 NEW YORK -- NEW YORK -- Breakthrough singer Billie Eilish is set to sing the theme song for the upcoming James Bond film, becoming the youngest artist to write and record a song for the iconic film franchise.

Eilish, who turned 18 in December, recorded the song for the 25th Bond film, "No Time to Die," which debuts in U.S. theatres on April 10. She wrote the song with her brother Finneas; the two created her entire debut album together.

The untitled new song does not have a release date.

"It feels crazy to be a part of this in every way. To be able to score the theme song to a film that is part of such a legendary series is a huge honour," Eilish said in a statement Tuesday. "James Bond is the coolest film franchise ever to exist. I'm still in shock."

Eilish is riding high off her successful 2019 debut album, "When We All Fall Asleep, Where Do We Go?", which featured the No. 1 hit "Bad Guy." She's competing for six Grammy Awards at this month's show, including the top four prizes: album, song and record of the year, and best new artist. She was 17 when she earned those four top nominations, making her the youngest artist in Grammy history to achieve the feat.

"When We All Fall Asleep, Where Do We Go?" was Spotify's most-streamed album of 2019.