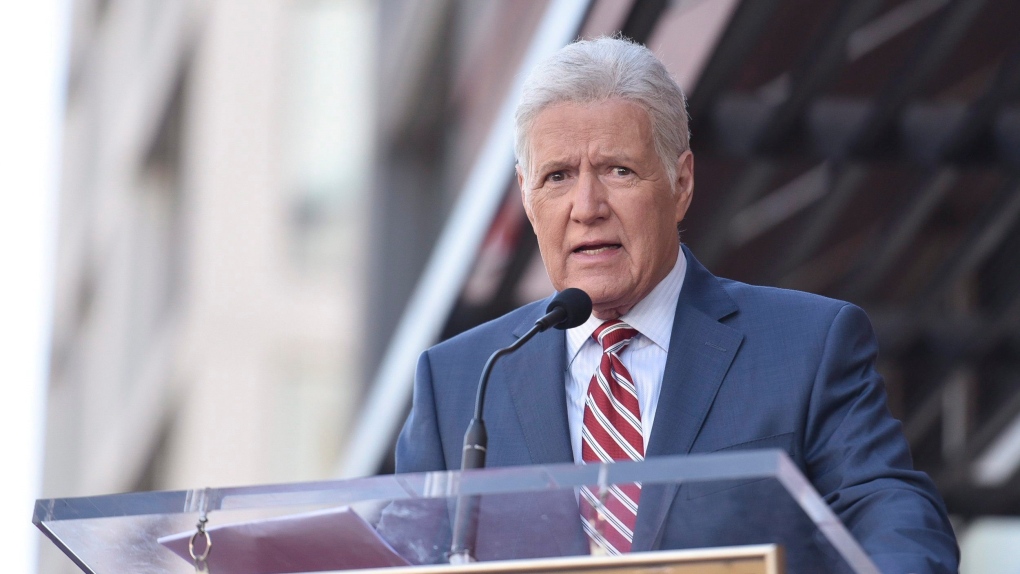 Alex Trebek speaks at a ceremony honouring Harry Friedman, executive producer of "Wheel of Fortune" and "Jeopardy!" with a star on the Hollywood Walk of Fame on Friday, Nov. 1, 2019, in Los Angeles. THE CANADIAN PRESS/Photo by Richard Shotwell/Invision/AP)

OTTAWA -- Canadian Alex Trebek is among more than 200 people U.S. President Donald Trump has selected for a statue in a soon-to-be-built garden of “American heroes.”

As his presidency comes to an end, Trump signed an executive order on Monday establishing a statuary park named the “National Garden of American Heroes,” which will include statues of authors, musicians, inventors, past presidents and civil rights leaders.

“The National Garden will be built to reflect the awesome splendor of our country’s timeless exceptionalism,” Trump stated in the executive order. “It will be a place where citizens, young and old, can renew their vision of greatness and take up the challenge that I gave every American in my first address to Congress, to ‘believe in yourselves, believe in your future, and believe, once more, in America.’”

Trebek, originally from Sudbury, Ont., is best known for hosting the television game show ‘Jeopardy!” for 34 seasons before his death in November 2020 due to pancreatic cancer. Though Trebek is a Canadian, he became a U.S. citizen in 1997.

“Each individual has been chosen for embodying the American spirit of daring and defiance, excellence and adventure, courage and confidence, loyalty and love,” the executive order states. “Astounding the world by the sheer power of their example, each one of them has contributed indispensably to America’s noble history, the best chapters of which are still to come.”

Trump first brought up the idea of a national garden in July 2020 in response toseveral monuments across the U.S. that were either destroyed or taken down in the protests following the death of George Floyd in Minneapolis.

“The National Garden is America’s answer to this reckless attempt to erase our heroes, values, and entire way of life,” Trump wrote in the executive order. “On its grounds, the devastation and discord of the moment will be overcome with abiding love of country and lasting patriotism. This is the American way.”

A location for the garden is still to be determined, but the executive order states that the task force in charge of the project “has completed the first phase of its work and is prepared to move forward.”