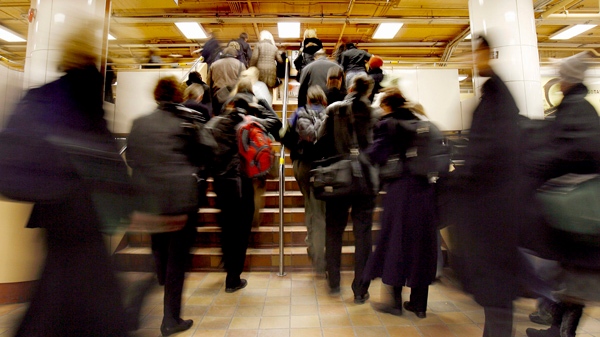 GO train commuters rush through the concourse and to the platforms at Toronto's Union Station Tuesday, March 4, 2008. (J.P. Moczulski / THE CANADIAN PRESS)

A quiet cabinet decision to scrap the mandatory long-form census has sparked an unlikely controversy in Ottawa during the sleepy summer political season.

The move by the Conservative government has been heavily criticized by statisticians, the Canadian Medical Association, the C.D. Howe Institute, a wide-range of religious groups, the Federation of Canadian Municipalities and the opposition parties, just to name a few.

A wide range of groups use the data garnered from the 50-question long-form census, and statisticians say a voluntary census will skew the data, making it unreliable.

"The voluntary nature of the response will lead to major biases being introduced into the only comprehensive data source Canada has that help officials understand and plan for the future," Queen's University School of Urban and Regional Planning professor Andrejs Skaburskis said Monday in a press release.

"A voluntary long-form census would leave a black mark on Canadian history. Twenty, 30 and 100 years from now people will wonder how supposedly educated people could have allowed such a change in the 2011 census."

Critics of Prime Minister Stephen Harper say the move to scrap the mandatory long-form census is a short-sighted ideological decision pandering to small-c conservatives who worry about "Big Government."

The government line has been the long-form census is "coercive and intrusive." Switching to the volunteer census will actually end up costing an additional $30 million to taxpayers.

The Conservatives have admitted the decision was made without much public consultation but said there is wide support for the move.

"The opposition will have to explain to Canadians why they want the state and the government of Canada to know lots of details from their private lives. They will have to answer that question," Conservative MP Maxime Bernier told The Canadian Press.

However, the Office of the Privacy Commissioner has said it has received only three complaints about the long-form census in the last 10 years.

According to the Globe and Mail, the move was opposed by some within the Tory government. In addition, some of the Tory base has also been critical of the move.

Religious groups were among the first to voice their disapproval.

"The census in recent years has become very important for churches and religious charities...in understanding their neighbourhoods, and how to intelligently do more outreach within their neighbourhoods," Rick Hiemstra, director of the Centre for Research on Canadian Evangelicalism, told The Canadian Press.

"What we have now is the potential of losing that information and losing the historical comparability of the data. We're not going to be able to understand how the religious landscape in Canada is changing."

"If some special interest group wants data on Canadians, they can do that, they can pay for that and they can do it," he said.