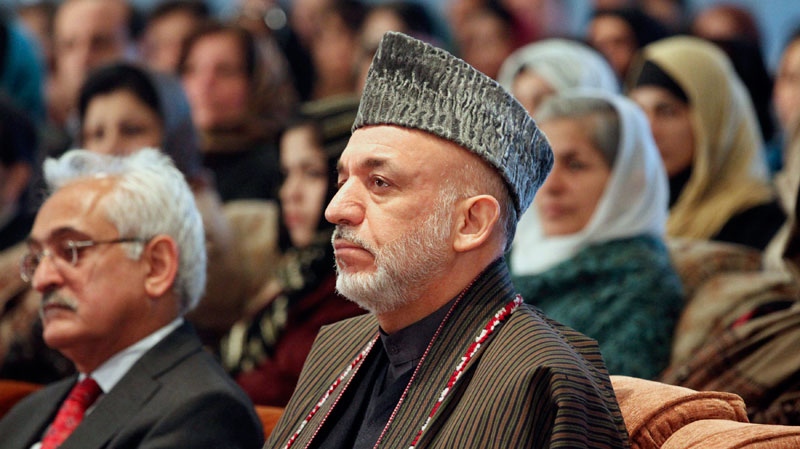 KANDAHAR, Afghanistan - President Hamid Karzai's cousin was killed by coalition forces conducting an overnight raid in a Kandahar district under Canadian command, an incident expected to inflame a souring relationship between the Afghan government and NATO.

Regional Command South, which oversees NATO operations in southern Afghanistan, launched an investigation after Yar Muhammad Karzai, 63, was shot to death in the village of Karz in Dand, a district south of Kandahar city.

Ahmed Wali Karzai, the chairman of Kandahar's provincial council and the president's brother, lashed out at coalition forces.

"He was shot by mistake," he told The Canadian Press. "I am very tense and angry about this news."

Haji Hamdullah Nazak, Dand's district governor and a key ally to Canada's counterinsurgency efforts, said the night-time operation was conducted by special-forces troops without his knowledge.

"Special forces didn't tell me that they are doing an operation," Nazak said. "If they (had) my suggestion, it would not have happened."

"I am against these kind of operations where they kill a person like Yar Muhammad Karzai."

Nazak said he didn't know whether Canadian or U.S. special-forces were involved.

NATO said it initially believed that the man shot dead was the father of a detained Taliban leader, and that security forces shot him when a soldier saw "an armed individual with an AK-47" in a compound where it conducted an operation.

"Coalition forces are aware of conflicting reports about the identities of those involved, and have initiated an inquiry to determine the facts."

Taliban spokesman Qari Yousef Ahmadi said the killing "proves the Americans are friends of no one. They kill Taliban because we are against them, but they also kill those people who are their supporters or helping the Americans who are here."

The shooting could set back coalition successes in Dand, a relatively peaceful district within Task Force Kandahar's area of operations. The region is considered a model of stability compared to the violence and intimidation that permeates neighbouring districts, largely because of Canada's "model-village" experiment in counterinsurgency in 2009.

It is patrolled mainly by American soldiers with the 1-71 Cavalry of 10th Mountain Division, who will transfer command of Dand's battle space to the 1st squadron of the 2nd Stryker Regiment this month.

Relations between the Afghan president and NATO have already been strained because of civilian shooting deaths in recent weeks.

Earlier this week, the president rejected an apology from Gen. David Petraeus, the top NATO military commander, for the mistaken killing of nine boys during an air strike on March 1 in a remote region of eastern Afghanistan.

Those deaths led to protests demanding the withdrawal of foreign troops.

On Wednesday, the United Nations released a report concluding that more Afghan civilians were killed in Kandahar than any other province last year, while counterinsurgency operations within Canada's area of command resulted in "large-scale" property destruction.

The UN Assistance Mission in Afghanistan called on both NATO and insurgent forces to strengthen their efforts to protect Afghans.

Earlier Thursday, dozens of Afghans held a protest in Kandahar city, accusing police of killing five civilians in a overnight raid in bordering Zhari district. They showed off the bodies of three men they said were slain by police, and they said two women also were killed.

Local government officials said there was a police operation in Pashmul but that it targeted known insurgents and that the men who were killed had fired on the officers.